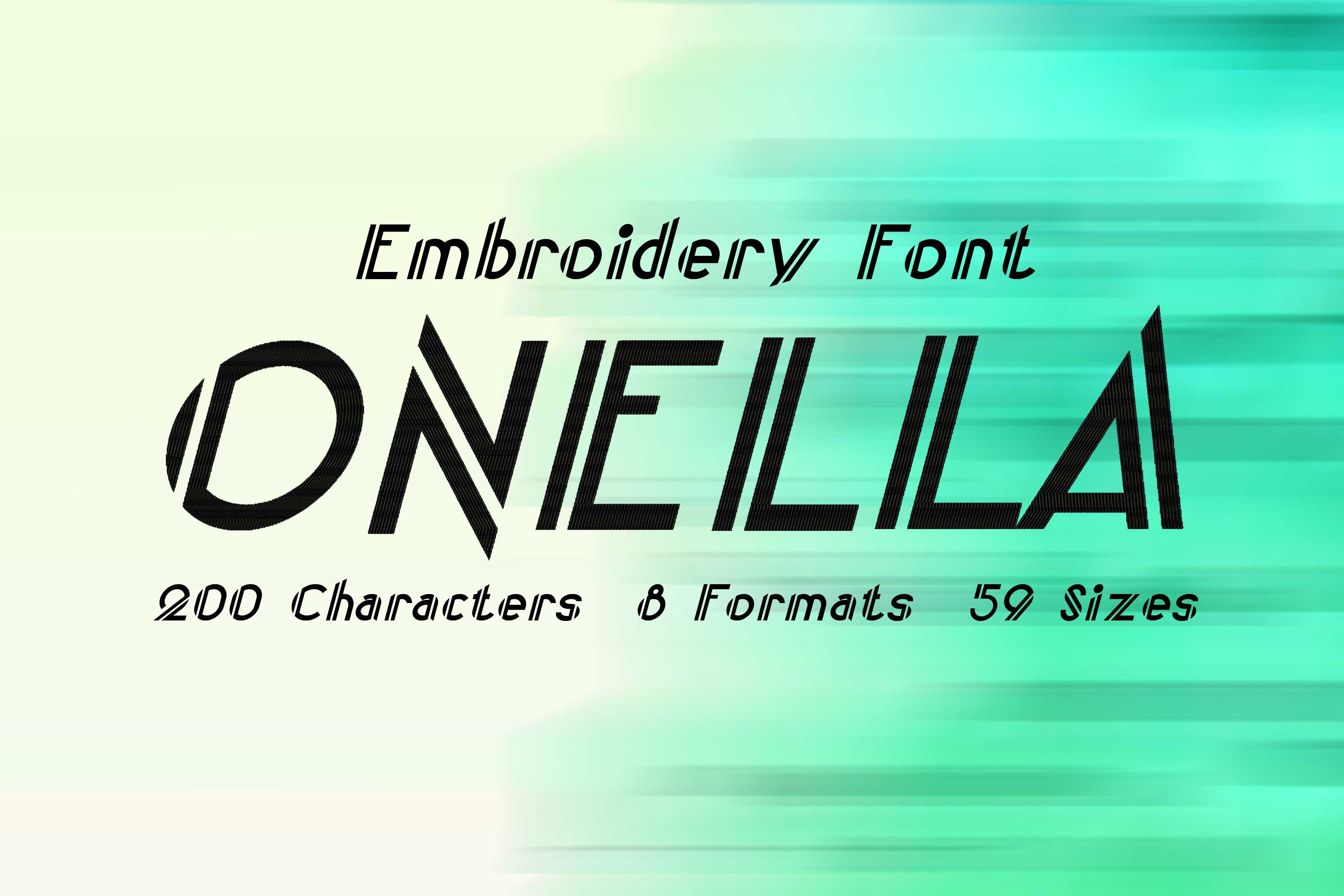 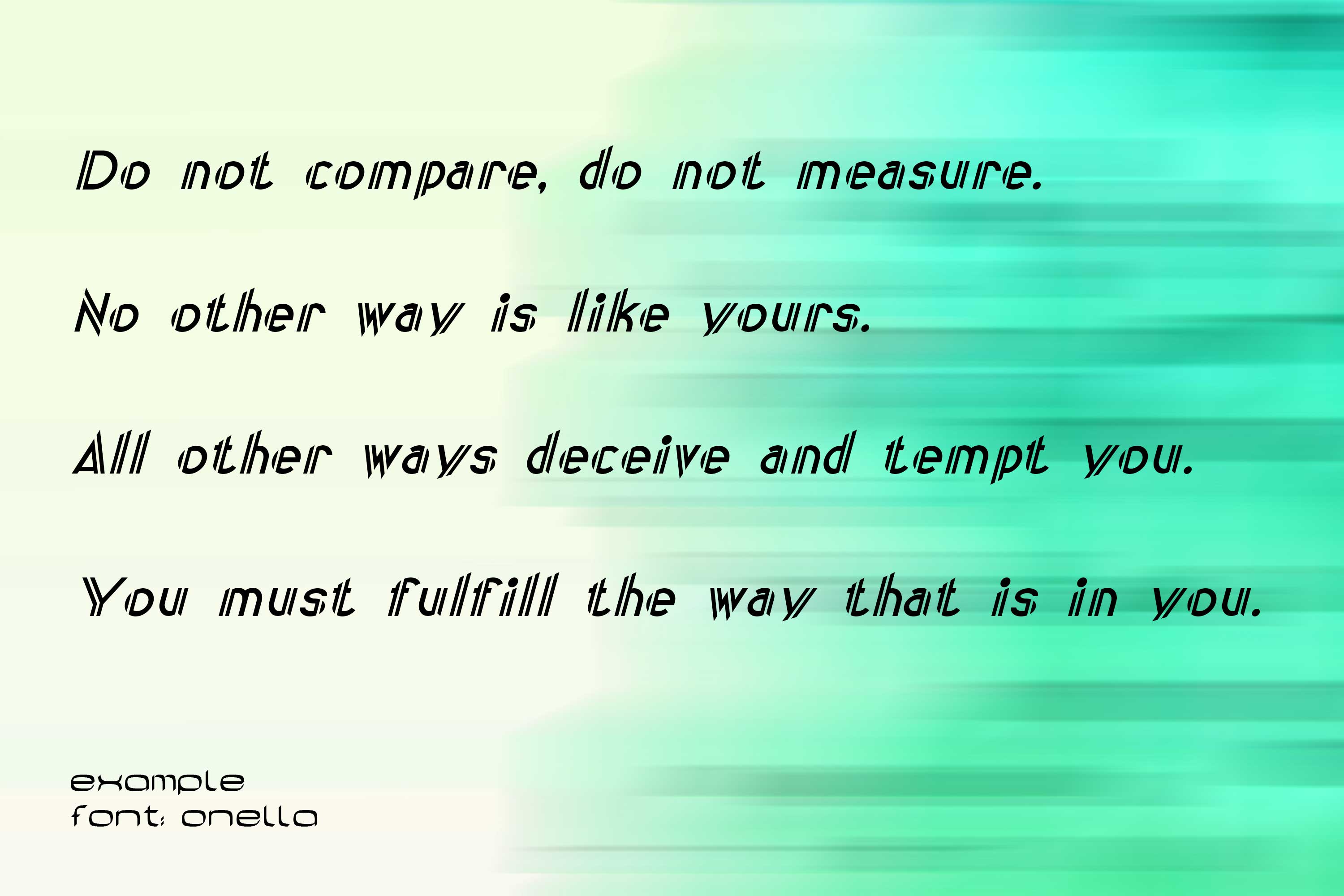 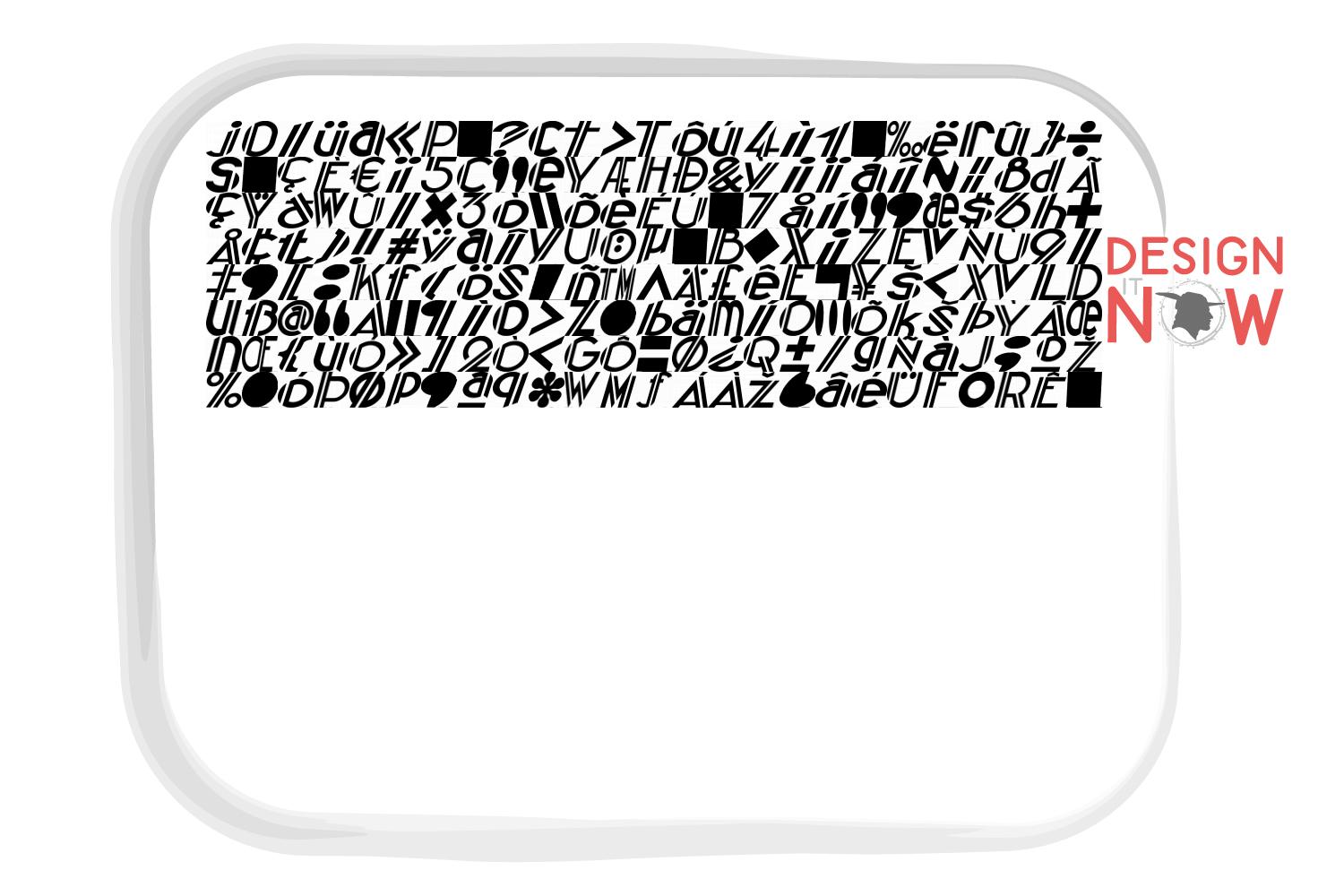 Product number: F00399
Product information "Onella Lined Italic Typeface"
The italic typeface or font (italic printing) or italicized text (from the Middle Latin cursivus 'flowing, common', formed into Latin cursare 'to run on and on', which in turn was formed into Latin currere 'to hurry, to run') is a typeface designation in typography for typesetting in which the characters are slanted in the direction of writing. It is used primarily to emphasize text passages. The English term is italics or italic (adjective), last is often used in software.

For this type of font emphasis, a specially designed font style is usually used. In a font family, the italic style is coordinated with the normal style, so that a harmonious typeface is created when the two styles are mixed in a text. While in normal Antiqua, which is perpendicular (recte) to the line, the glyphs are vertical, in an italic typeface they appear to be running, racing - they are slanted, tilted to the right, and may form ligatures. They can also be different in shape from the corresponding non-italic glyphs. Examples of this are the "one-story" form ɑ of the lowercase letter a or the descender in the lowercase letter f (see example at right). Italics do not only exist in the Latin alphabet. Cyrillic script also distinguishes between cursive and upright forms. For fractional typefaces, cursive, as well as bold, type styles are traditionally uncommon. In fracture typesetting, therefore, the blocking type dominates for distinction.

The form of typefaces in general, and that of typesetting in particular, is characterized by two different modes of access: Reading and seeing (in the sense of looking). These are due to the "double character of writing." Writing is both abstract (semantic level) and sensuously concrete (semiotic level). In routine reading, attention is focused on the abstract side of writing. Records in alphabetical writing are not deciphered letter by letter, but word and line outlines are grasped holistically by means of eye jumps (saccades). In the process, details of the form of the written image escape attention, recede into the background, and are not registered or are invisible.
Product Number: F00399
Product Name: Onella
This design comes with the following sizes:
The following formats are included in the file you will receive: .DST .EXP .JEF .PES .VP3 .XXX .PEC .U01
You MUST have an embroidery machine and the software needed to transfer it from your computer to the machine to use this file. This listing is for the machine file only - not a finished item.
Onella Lined Italic Typeface Machine Embroidery Font Design, Embroidery Pattern, Font Design, Downloadable Fonts, Alphabet Design, Typography Design, Typeface, Letter Style, Unique Digital Supplies For Embroidery Machines