Show all categories Trains Back 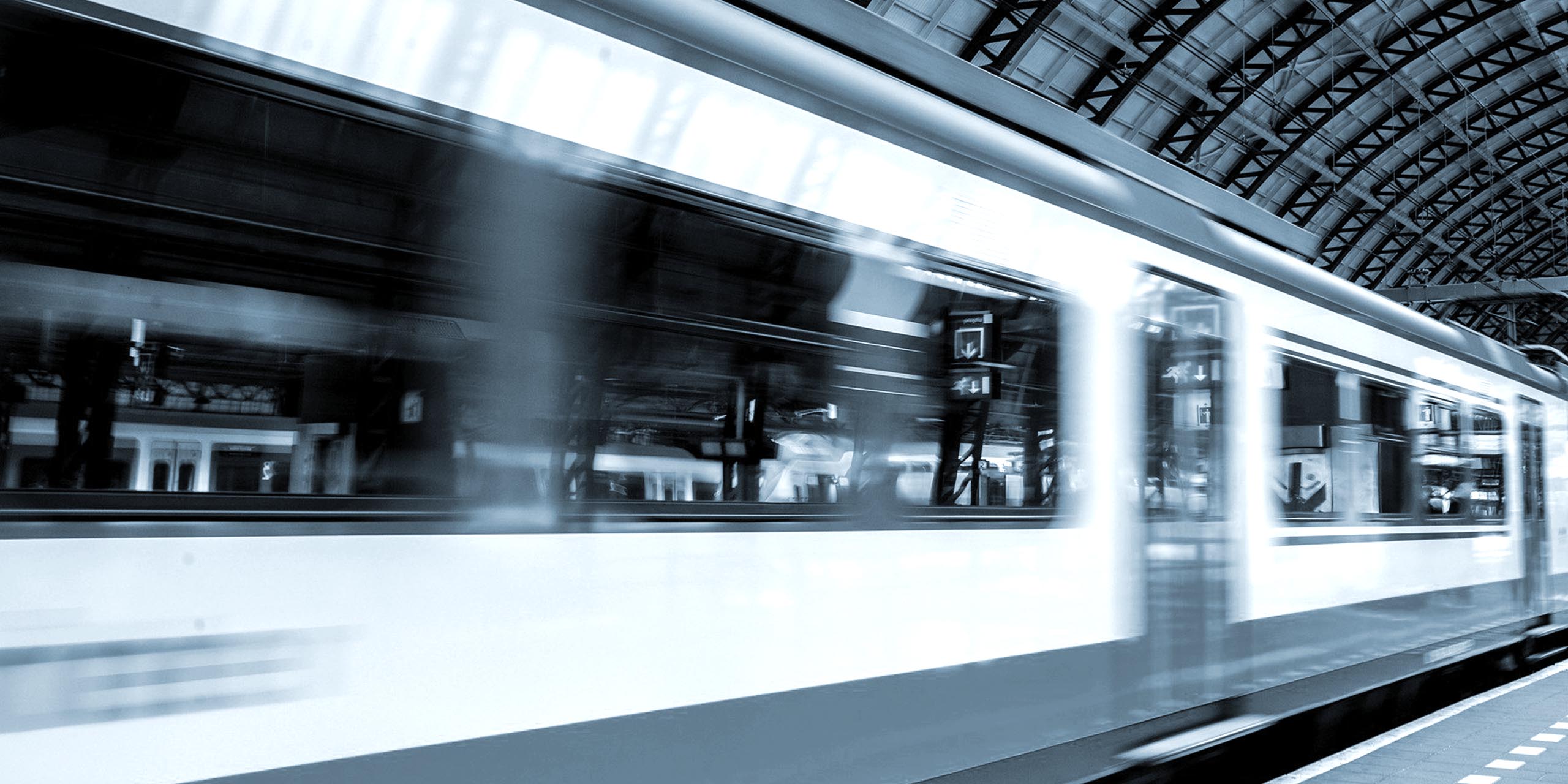 Railroads are a rail-based transport system for the transportation of goods and passengers. Railroads belong to the group of railroads, i.e. the track and rail-bound means of transport. Restrictively, railroad is a vehicle or a group of vehicles of this transport system, i.e. without the sum of all railroad facilities and without the railroad operation. Originally, the term railroad referred to the new type of iron roadway created in the early 19th century. Horses initially served as the motive power. In 2013, the global rail network had a length of 1,148,186 kilometers.
The railroad emerged at the beginning of the 19th century from the combination of the already centuries-old wheel-rail system with mechanical drives for the vehicles. The weight of the traction engines and the requirements for a smooth track for the faster vehicles initially led to iron-clad plank track, later to the use of cast iron rails mounted on stone blocks, which were later mounted on cross-laid wooden sleepers for reasons of track stability. This is where the name "iron railroad" or railroad comes from.
The more general term "railroad" thus initially refers to the track or line on which an object moves. This facet of meaning is still preserved in the terms roadway, highway, flight path or runway. The term railroad is thus the specification of a special kind of roadway. Only then is the word railroad used for the entire means of transport, i.e. track and vehicles (pars pro toto), which in turn is often shortened to train.
The beginning of the history of the railroad in the modern sense is the year 1804, when Richard Trevithick put the first steam locomotive into operation. However, his machine still ran on wheels without flanges. Track guidance was provided by means of track rollers against the inner flanks of the rails. This guiding principle has been taken up again more recently in the case of the track bus. The first rail vehicles in mines were moved by cable winches, which still occurs today as funiculars or cable tramways.
The first public railroad was the Stockton and Darlington Railway in England, which opened in 1825 and carried passengers as well as goods for the first time. It already operated on the principle of today's flange-guided railroads and set the standard for the 1435 mm gauge (known as standard gauge).
Within a few decades in the 19th century, the railroad developed into an interconnected transportation system that drastically shortened travel times in Europe and North America. It acted as a catalyst for the industrial revolution, on the one hand creating the infrastructural conditions for the development of heavy industry and, on the other, generating a huge demand for iron, steel and machinery itself. Modern bridge and tunnel construction came into being to realize railroad routes.
Filter
No products found.
This website uses cookies to ensure the best experience possible. More information...