Show all categories Marine Life Back 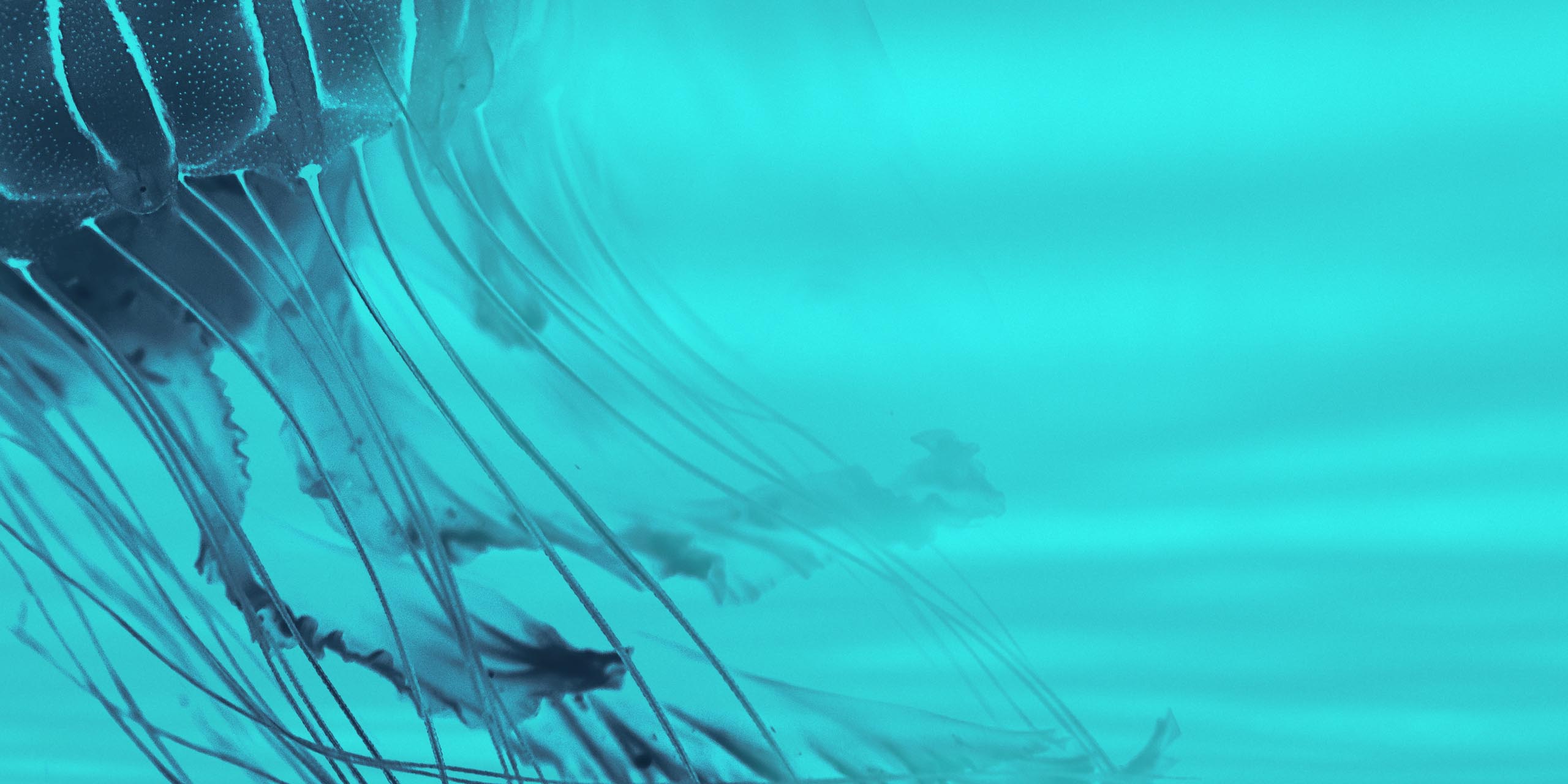 A marine animal is an animal whose main habitat is the marine ecosystem. The term does not designate a natural relationship group (taxon) in the sense of biological systematics, but is a collective term for animals that belong to the marine plankton, nekton or benthon. In a broader sense, marine animals also include certain seabirds (e.g., penguins), aquatic turtles, and seals whose young are born on land.
It is generally assumed that life originated in the sea and that living organisms initially spread only in this habitat with its physically relatively homogeneous conditions. Many of the species inhabiting the sea today did not originate there, but are descended from forms that migrated from land (e.g., whales) or freshwater (e.g., bony fish (Teleostei)) and adapted secondarily to life in the sea.
Of the approximately 8.7 million species of organisms, about 2.2 million are marine. Only 12 percent of marine animals are fish. Crustaceans make up one-fifth of the species described. However, marine microbes make up the largest proportion of living organisms underwater. Researchers believe that there are several billion species of microbes that have yet to be discovered. The abundance of larger marine species has declined by an average of about 90 percent since records began, according to research. The hunt for bluefin tuna in the North Sea resulted in that region being fished dry by the early 1960s. To this day, the occurrence of bluefin tuna in the North Sea is rare. About 100,000 marine creatures per year die from plastic waste in the oceans because they mistake the waste for food and eat it. They feel full, but eventually starve to death with garbage-filled stomachs.
Filter
–
%
New 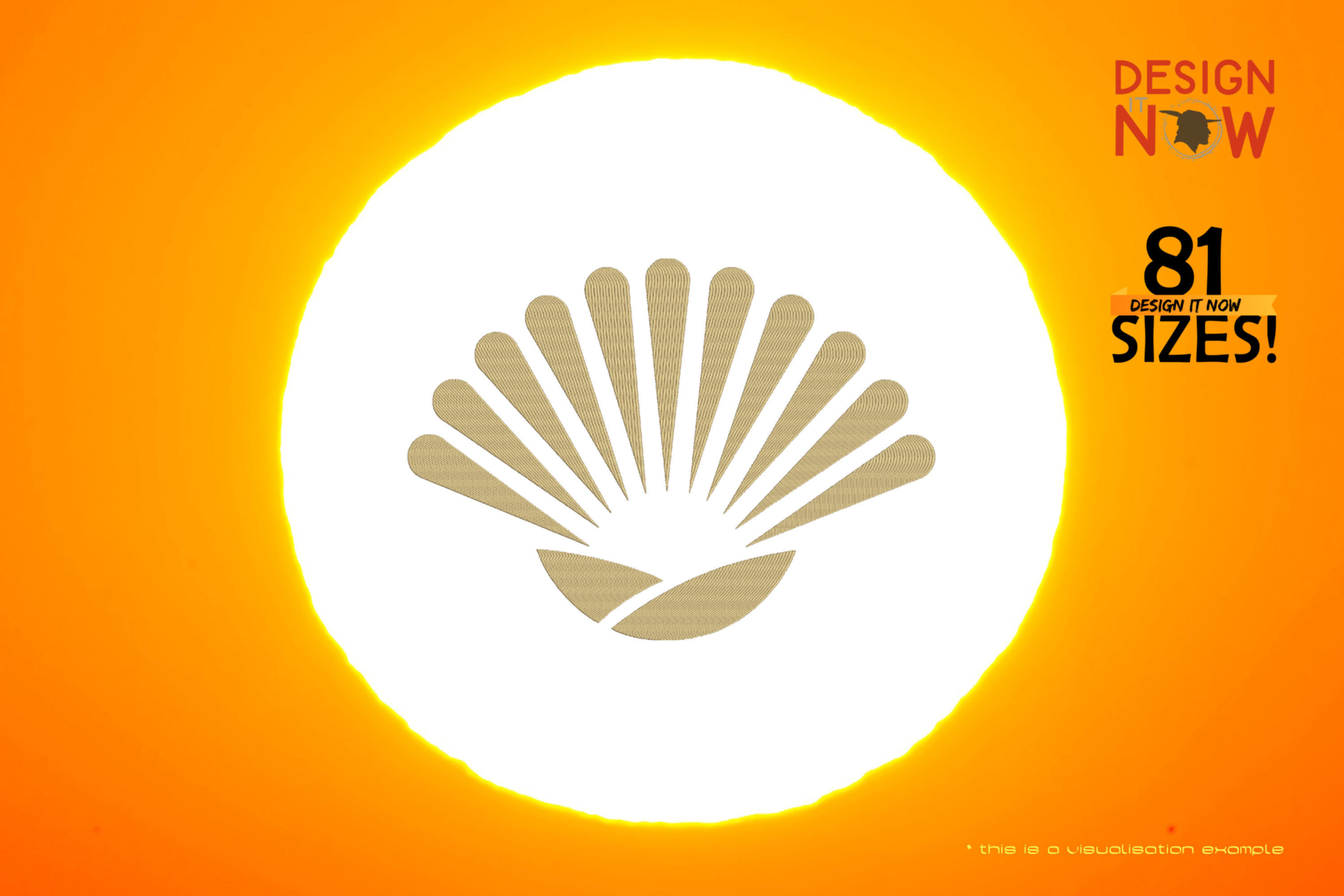 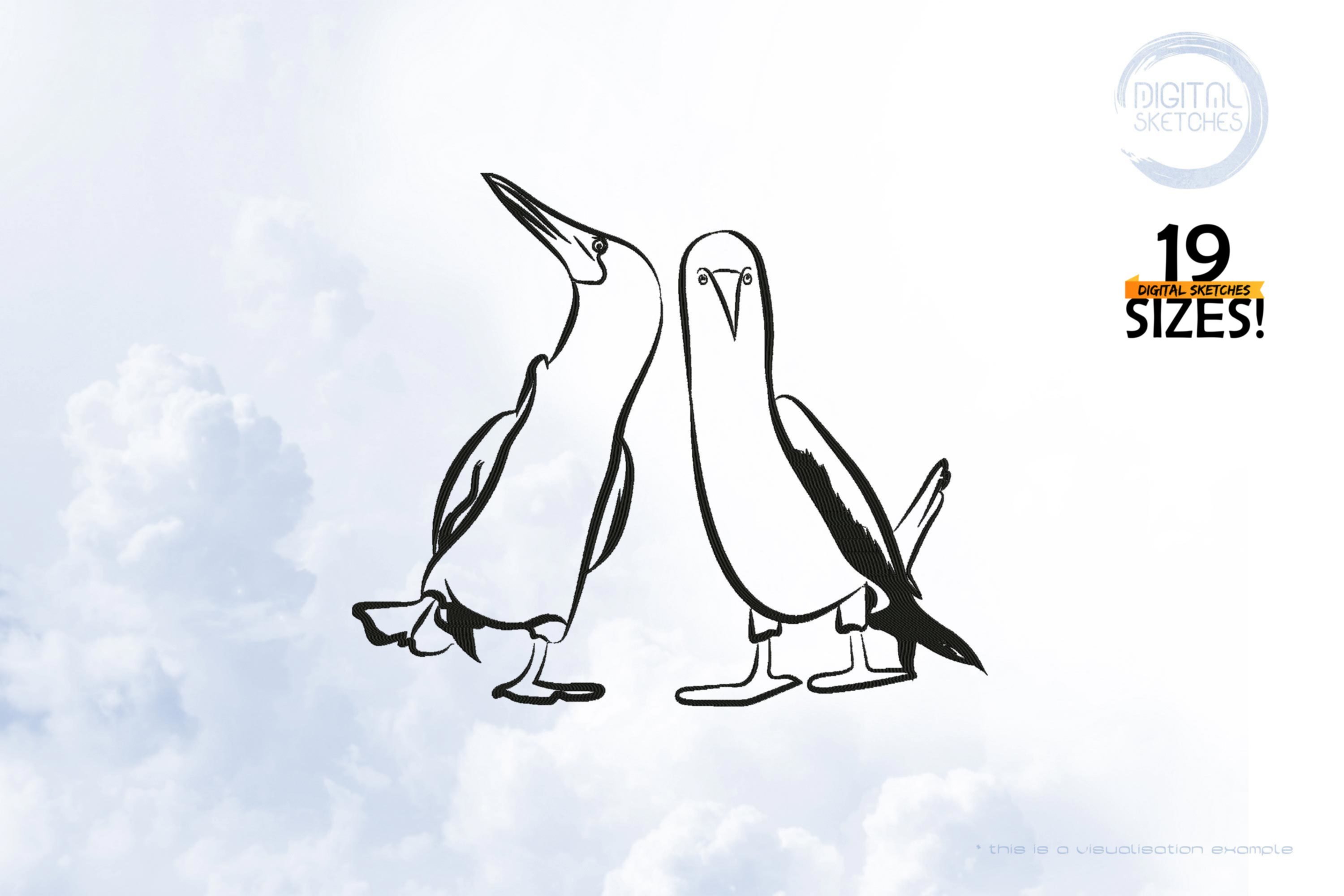 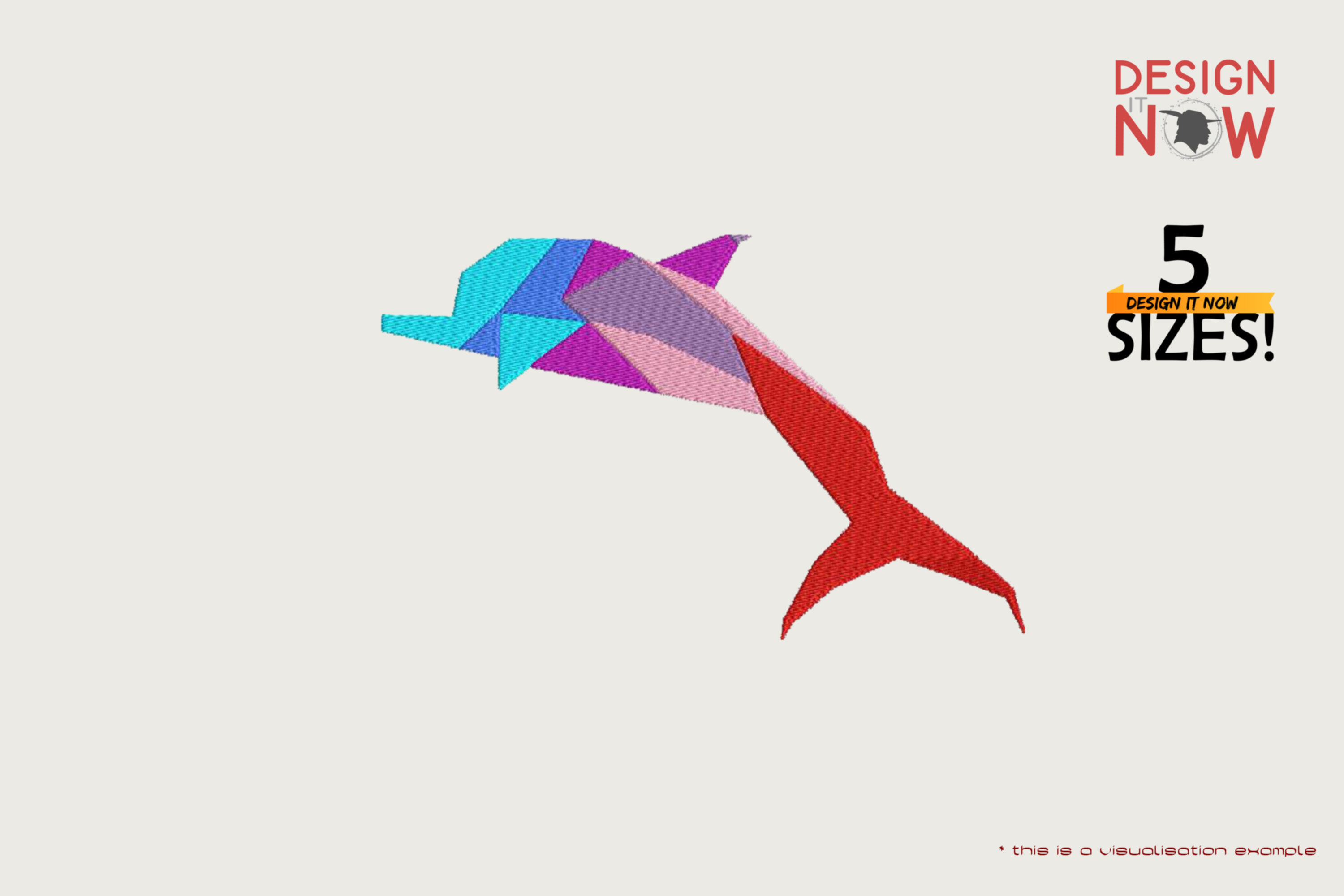 Geometric Dolphin
Geometry is a branch of mathematics. On the one hand, geometry is understood to mean two- and three-dimensional Euclidean geometry, elementary geometry, which is also taught in mathematics classes and which deals with points, straight lines, planes, distances, angles, etc., as well as those conceptualizations and methods that were developed in the course of a systematic and mathematical treatment of this subject.Dolphins or dolphins (Delphinidae) belong to the toothed whales (Odontoceti) and are thus mammals (Mammalia) that live in the water (marine mammals). Dolphins are the most diverse and largest family of cetaceans (Cetacea), with about 40 species. They are distributed in all seas, some species are also found in rivers. Dolphins are usually between one and a half and four meters long, the great killer whale even reaches eight meters as the largest dolphin. They have a streamlined body adapted to high swimming speeds. In the head there is a round organ, the melon. It plays a role in echolocation. In many species, the jaws are clearly set off and form an elongated bill. The snout may contain a great many teeth in several species. The brain of dolphins is large and has a complex cortex, which is a reason for many zoologists to consider them among the most intelligent animals.  The body color is usually composed of black to white, with the underside usually lighter and the back clearly distinguished by a darker coloration, the cape. Color exceptions include the bluish blue and white dolphin and the brown and yellow common dolphin. In addition, the species are distinguished by lines and fields of different hues and contrasts.  Dolphins have a very good sense of hearing and sight. Although external ear openings exist, they are probably not functional. Sounds travel to the inner ear through the lower jaw and middle ear. Their hearing range extends into frequencies up to 220 kHz, allowing them to perceive sounds well into the ultrasonic range. The eyes are mainly adapted to seeing underwater, but they are also highly functional outside the water. Echolocation by means of ultrasound plays a major role in perception. All dolphins shed their outer skin cells about every two hours. This permanent regeneration reduces the flow resistance and also attracts attention in regeneration research for humans and in shipbuilding. The skin of dolphins promotes their fast swimming through low flow resistance via fine relief and vortex damping through plasticity, typical of the skin of whales. Dolphins are fast swimmers, reaching speeds of up to 55 kilometers per hour.  Dolphins are social animals that live together in groups. These so-called schools can temporarily form aggregations of over 1000 animals in places with plenty of food. The individuals communicate with each other by clicking sounds, whistling, chattering and other noises. They also communicate with their conspecifics through physical contact.  Dolphins sleep by always letting one hemisphere of the brain fall asleep and staying awake with the other. This keeps them breathing. In addition, one eye remains open at all times while sleeping so that surroundings and possible attackers can be perceived. During sleep phases, the dolphins' mobility is limited.  The name comes from the Latin delphinus; from equivalent Greek (delphís); presumably to (delphýs) "womb," referring to the dolphin's body shape.Product Number: N04063Product Name: GeometricDolphinThis design comes with the following sizes:Size: 3.94"(w) X 2.43"(h) (100.0 X 61.8mm) Size: 2.94"(w) X 4.73"(h) (74.7 X 120.1mm) Size: 3.46"(w) X 5.51"(h) (87.8 X 140.0mm) Size: 4.20"(w) X 6.70"(h) (106.8 X 170.1mm) Size: 4.95"(w) X 7.85"(h) (125.8 X 199.5mm)The following formats are included in the file you will receive: .DST .EXP .JEF .PES .VP3 .XXX .VIP .HUSYou MUST have an embroidery machine and the software needed to transfer it from your computer to the machine to use this file. This listing is for the machine file only - not a finished item.Geometric Dolphin Machine Embroidery Design, Geometrical Dolphins Embroidery Pattern, Geometry Art, Marine Mammals Designs, Delphis, Ocean And Sea Life Embroidery Art, DIY Project Idea, Unique Digital Supplies For Embroidery Machines
US$3.49* US$13.96* (75% saved)
% 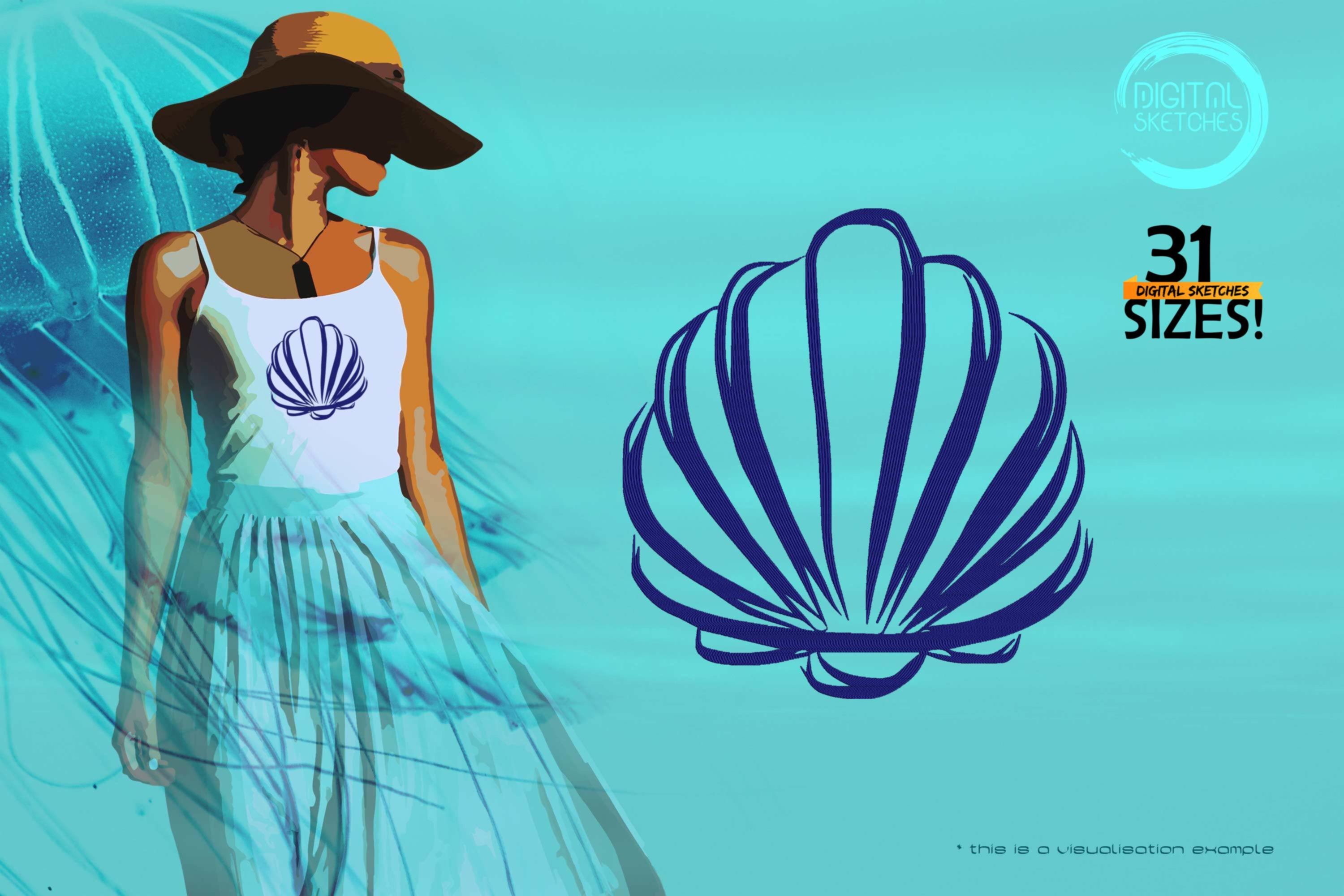 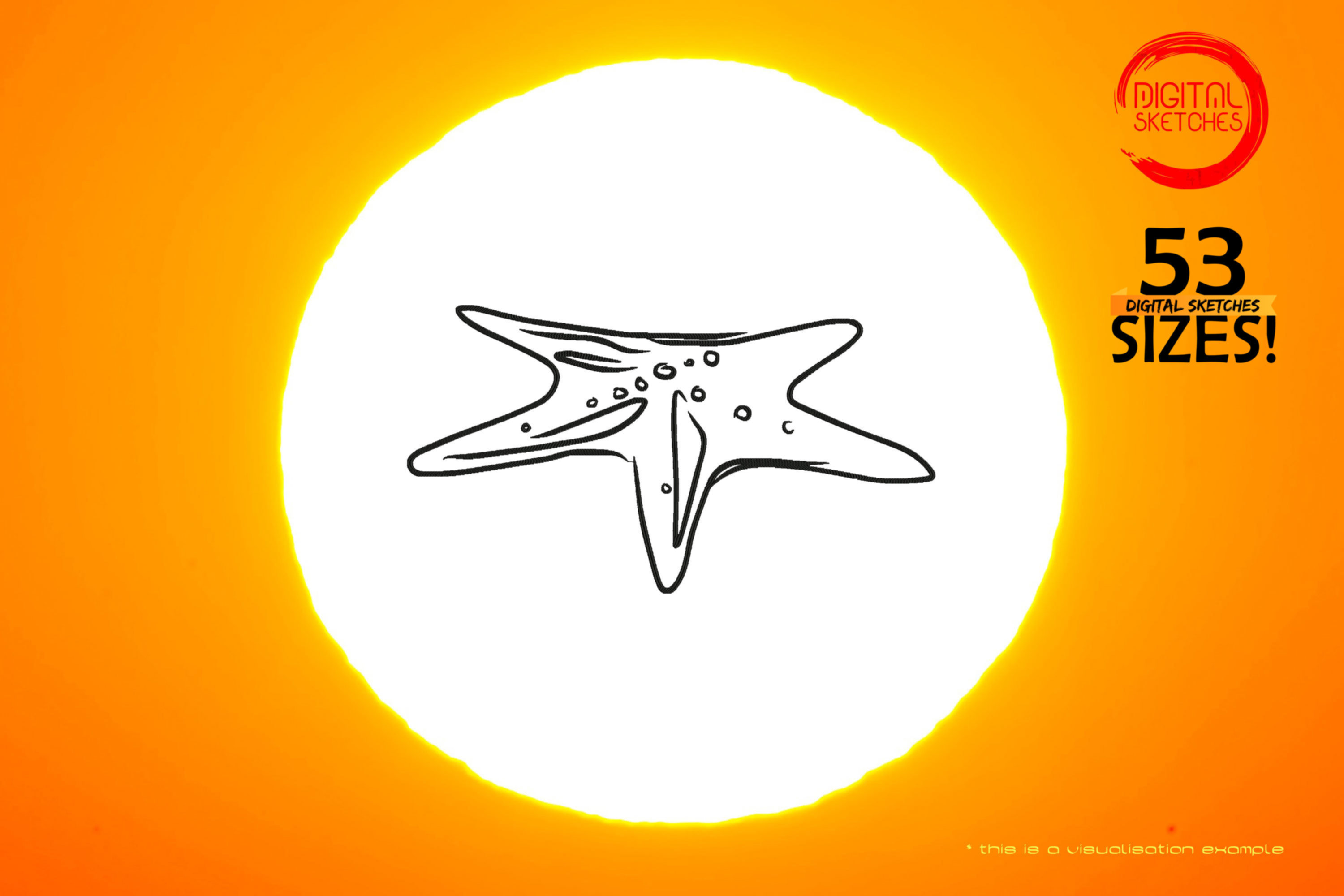 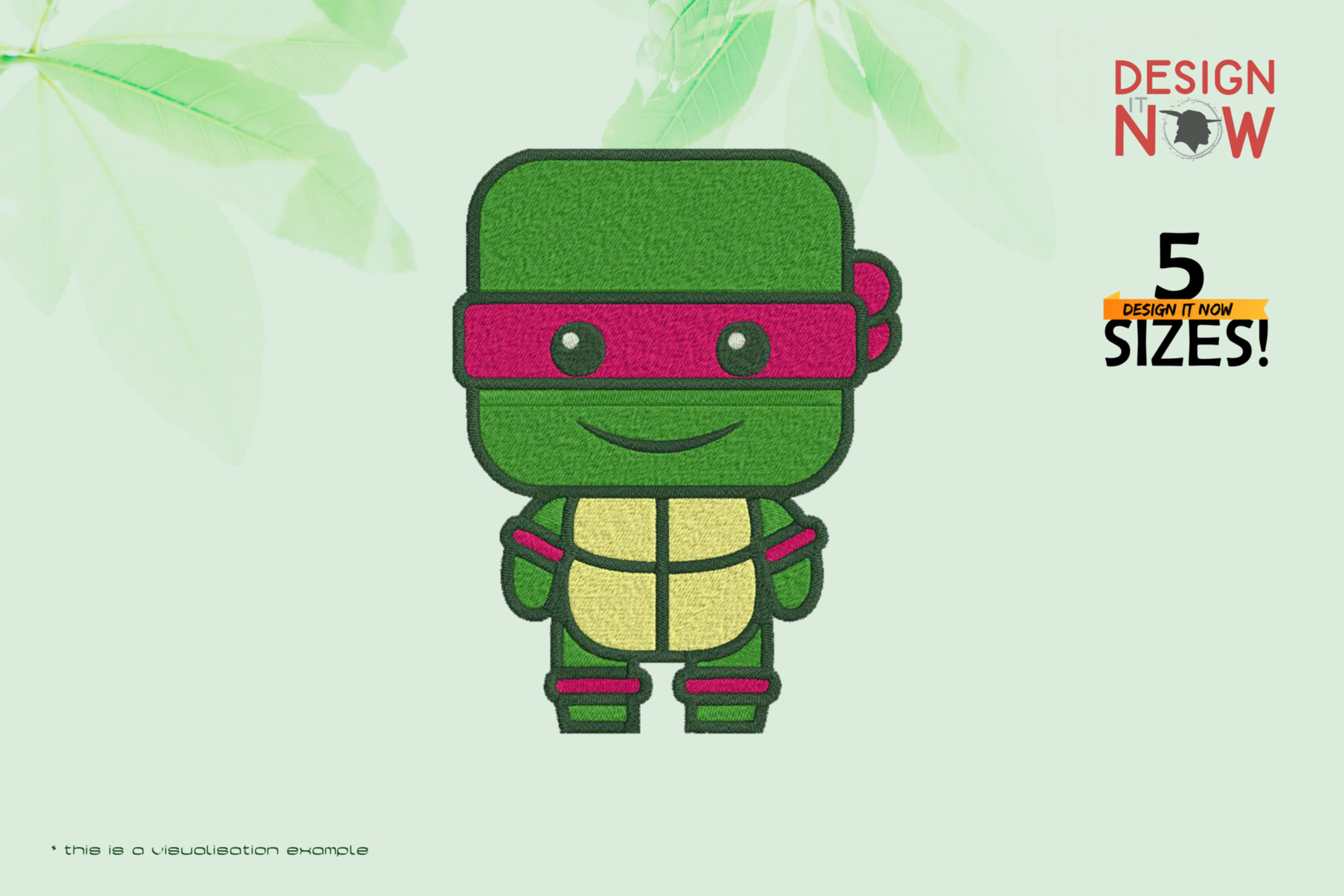 Hero I
A ninja is a specially trained fighter. Its origins can be found in pre-industrial Japan. Ninja were used as scouts, spies, saboteurs or assassins. Female ninja are called kunoichi. Ninja, like the samurai, are among the best-known figures of ancient Japan, although a distinction must be made between actual history and later reinterpretation and distortion of terms.A hero or heroine (Old High German helido) is a person who has performed a heroic deed, i.e. a special, extra-ordinary achievement. This can be real or fictional persons, figures from history (such as national heroes), but also from legends, sagas or fictional works (superheroes). His heroic abilities can be of physical nature (strength, speed, endurance, etc.) or spiritual (courage, willingness to sacrifice, fight for ideals, virtue or dedication to fellow men). The Zedler dictionary from the middle of the 18th century defined: "Hero, lat. heros, is one who is gifted by nature with a handsome figure and exceptional physical strength, has achieved fame through brave deeds, and has risen above the common rank of men. The religious scientist Georges Dumézil pointed out in the Indo-European comparison that many structurally comparable god sagas from India to Europe could go back to common prehistoric heroic sagas. An extraordinary athletic performance is required to become a hero in sports, but it is only through skillful management that an athlete can become a brand through sustained consistent performance.Product Number: N03829Product Name: HeroThis design comes with the following sizes:Size: 3.04"(w) X 3.95"(h) (77.2 X 100.4mm)Size: 3.64"(w) X 4.74"(h) (92.4 X 120.4mm)Size: 4.24"(w) X 5.53"(h) (107.8 X 140.4mm)Size: 5.15"(w) X 6.71"(h) (130.8 X 170.4mm)Size: 6.02"(w) X 7.85"(h) (153.0 X 199.4mm)The following formats are included in the file you will receive: .DST .EXP .JEF .PES .VP3 .XXX .VIP .HUSYou MUST have an embroidery machine and the software needed to transfer it from your computer to the machine to use this file. This listing is for the machine file only - not a finished item.Hero Turtle Ninja Machine Embroidery Design, Samurai Embroidery Pattern, Beautiful Legends Designs, Fictional Persons Embroidery Art, Heroic Sagas Figure DIY Project Idea, Unique Digital Supplies For Embroidery Machines
US$1.49* US$5.96* (75% saved)
% 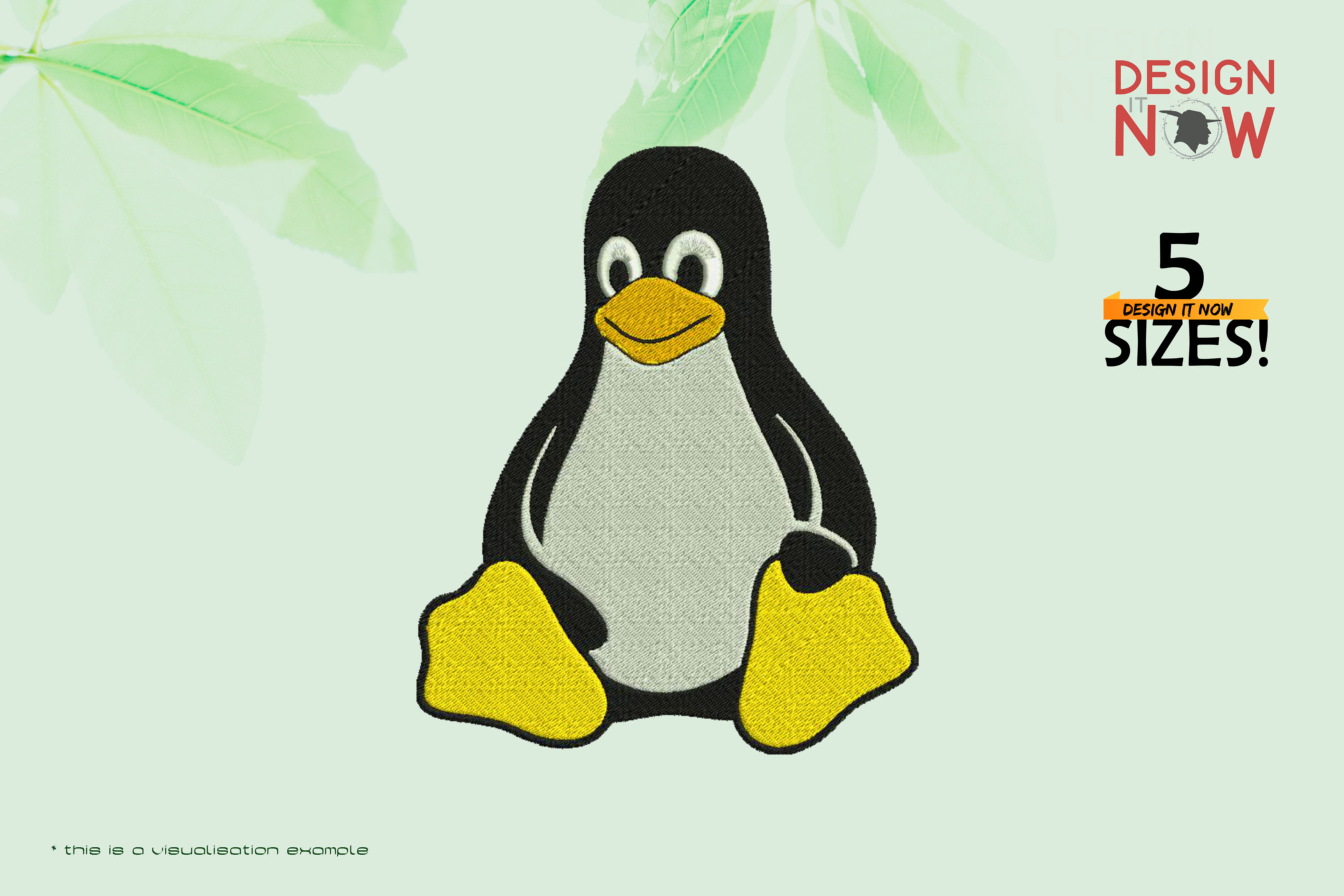 Penguin Tux
The penguins (Spheniscidae) are a group of flightless seabirds of the southern hemisphere and form the only family in the order Sphenisciformes. Their phylogenetic sister group is probably the loons (Gaviiformes) and tube-noses (Procellariiformes). Penguins are easily distinguished from all other birds and are outstandingly adapted to life in the sea and in the sometimes extreme cold zones of the earth.Penguins live in the open seas of the southern hemisphere. There they are found in particular in the coastal waters of Antarctica, New Zealand, southern Australia, South Africa, Namibia (Penguin Islands), southern Angola, on the Falkland Islands off South America and up the west coast to Peru, as well as on the Galápagos Islands located on the equator. As cold-loving birds, they occur in tropical areas only when cold-water currents exist; this is the case, for example, on the west coast of South America with the Humboldt Current or around South Africa with the Benguela Current at the Cape Peninsula.Most species live roughly between latitudes 45 and 60 degrees south; the largest numbers of individuals are found around Antarctica and on nearby islands. No penguins live in the northern hemisphere, with the exception of zoo animals and part of the population of the Galápagos penguin on the equatorial Galápagos island of Isabela.Product Number: N03730Product Name: TUXThis design comes with the following sizes:Size: 3.26"(w) X 3.94"(h) (82.8 X 100.2mm)Size: 3.91"(w) X 4.73"(h) (99.2 X 120.2mm)Size: 4.56"(w) X 5.52"(h) (115.8 X 140.2mm)Size: 5.54"(w) X 6.70"(h) (140.6 X 170.2mm)Size: 6.47"(w) X 7.84"(h) (164.4 X 199.2mm)The following formats are included in the file you will receive: .DST .EXP .JEF .PES .VP3 .XXX .VIP .HUSYou MUST have an embroidery machine and the software needed to transfer it from your computer to the machine to use this file. This listing is for the machine file only - not a finished item.Cute Penguin Mascot, Machine Embroidery Design, Tube Noses Animals Embroidery Pattern, Penguins Designs, Antarctica Open Seas Animals Embroidery Art, Seabird Embroidery, DIY Project Idea, Unique Digital Supplies For Embroidery Machines
US$1.49* US$5.96* (75% saved)
% 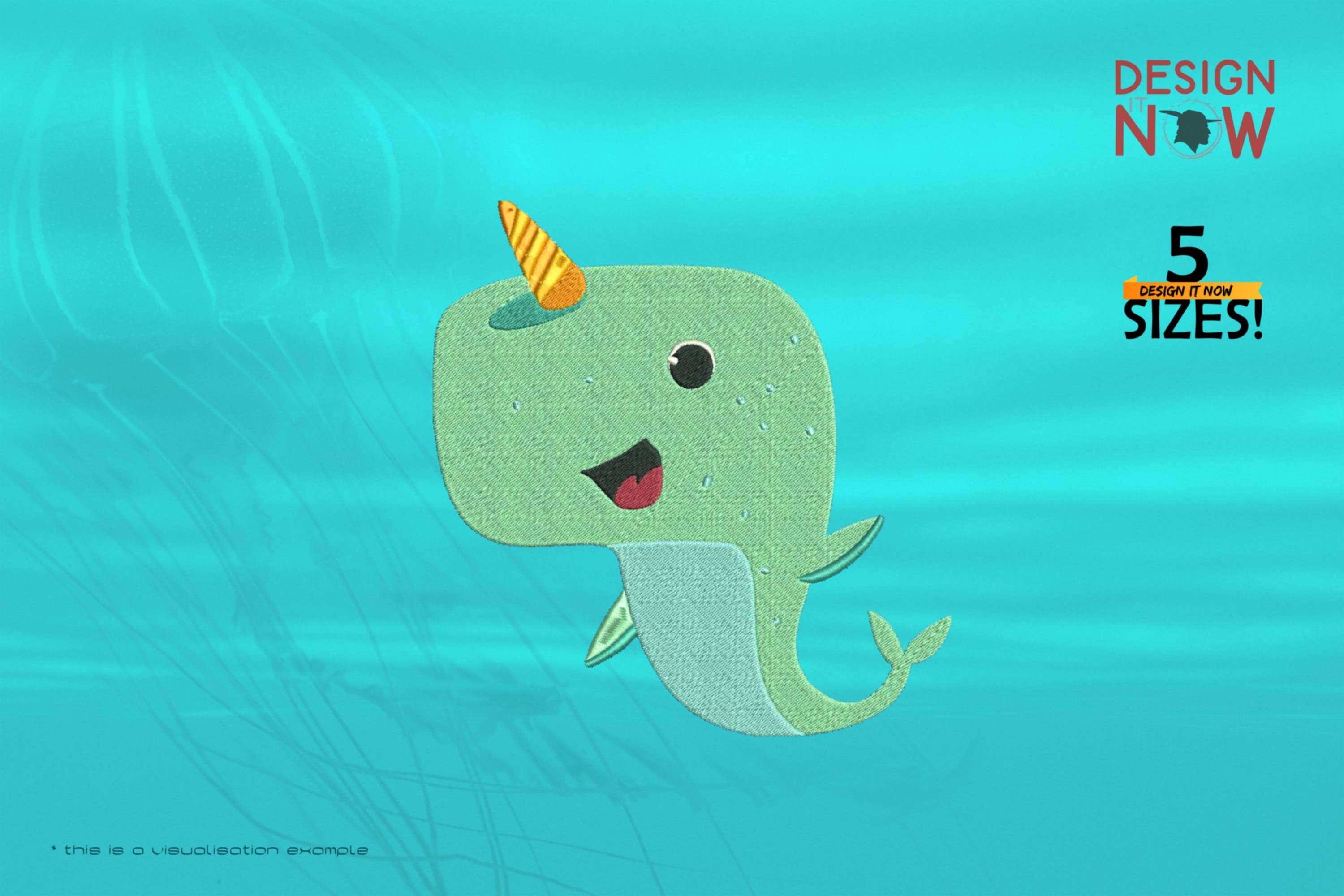 Unicorn Whale
The unicorn (Latin unicornis, ancient Greek monókeros) is a mythical creature of horse or goat shape with a straight horn on the middle of the forehead. It became known in the Middle Ages especially through the Physiologus, is considered the noblest of all fabulous animals and stands as a symbol of good.Probably the oldest depiction of a unicorn in Christian art is found in an antiphonal from the 12th century in the monastery of Einsiedeln. The miniature painting shows an Annunciation scene with Mary protecting the unicorn in her womb. In front of her kneels the archangel Gabriel. As here, the unicorn is often depicted in art in connection with virginity.This allegorical motif goes back to the Physiologus. In the Middle Ages, therefore, the unicorn was the sign of the Virgin Mary, and also of Christ himself. In coats of arms, the unicorn is a common figure. The shield of the British national coat of arms is held by a lion and a unicorn, with the unicorn symbolizing Scotland. At the Palio di Siena (horse race in Siena) there is a Contrada (neighborhood community) with the coat of arms of the unicorn (Contrada del Leocorno).Product Number: N03852Product Name: unicornThis design comes with the following sizes:Size: 3.82"(w) X 3.94"(h) (97.0 X 100.1mm)Size: 4.57"(w) X 4.73"(h) (116.2 X 120.1mm)Size: 5.34"(w) X 5.52"(h) (135.6 X 140.1mm)Size: 6.48"(w) X 6.70"(h) (164.6 X 170.1mm)Size: 7.58"(w) X 7.84"(h) (192.6 X 199.1mm)The following formats are included in the file you will receive: .DST .EXP .JEF .PES .VP3 .XXX .VIP .HUSYou MUST have an embroidery machine and the software needed to transfer it from your computer to the machine to use this file. This listing is for the machine file only - not a finished item.Unicorn Whale Machine Embroidery Design, Fabulous Sea Life Animals Embroidery Pattern, Dolphin Fish Mythical Creature Designs, Unicorn Symbol Of Good Embroidery Art, DIY Project Idea, Unique Digital Supplies For Embroidery Machines
US$1.49* US$5.96* (75% saved)
% 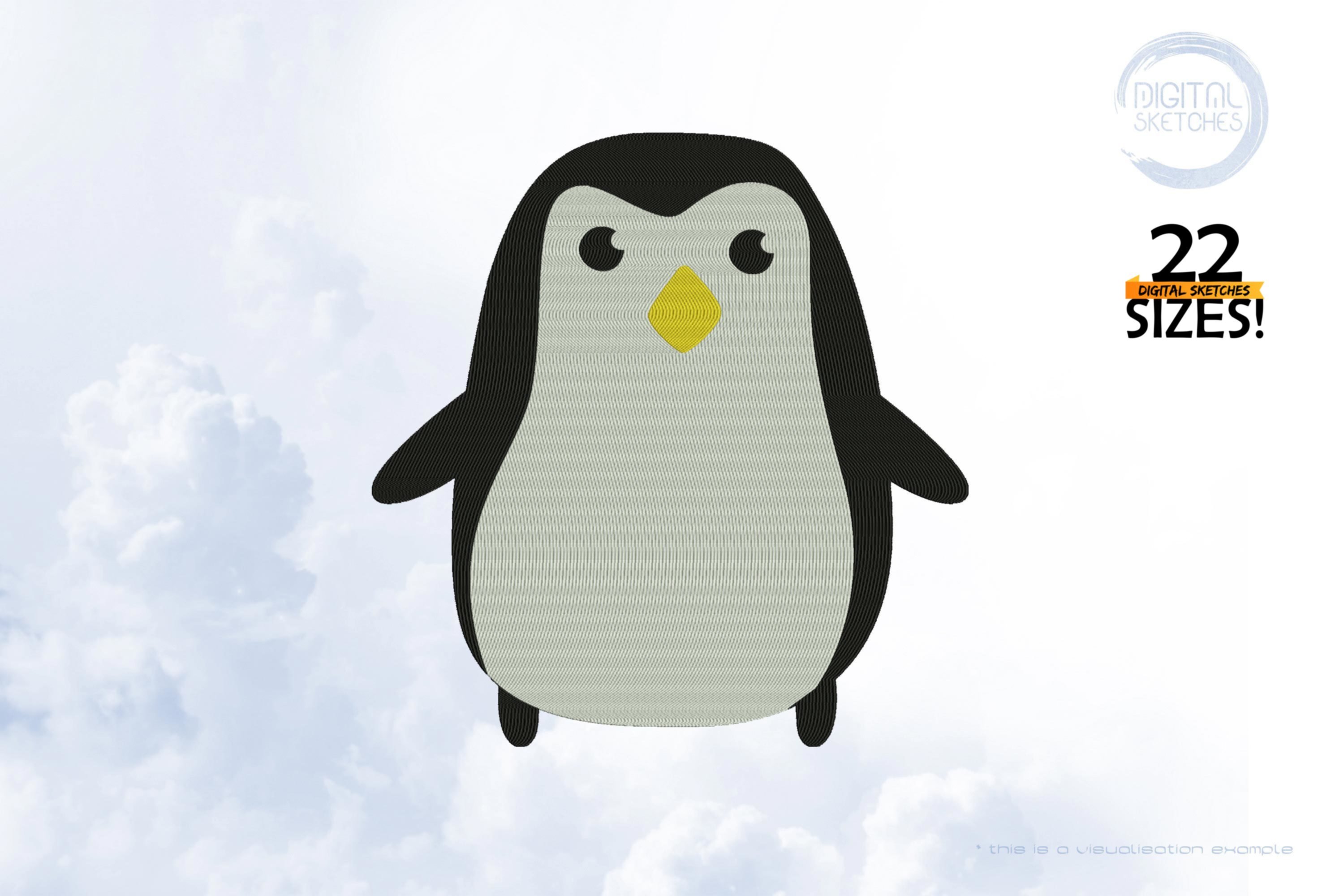 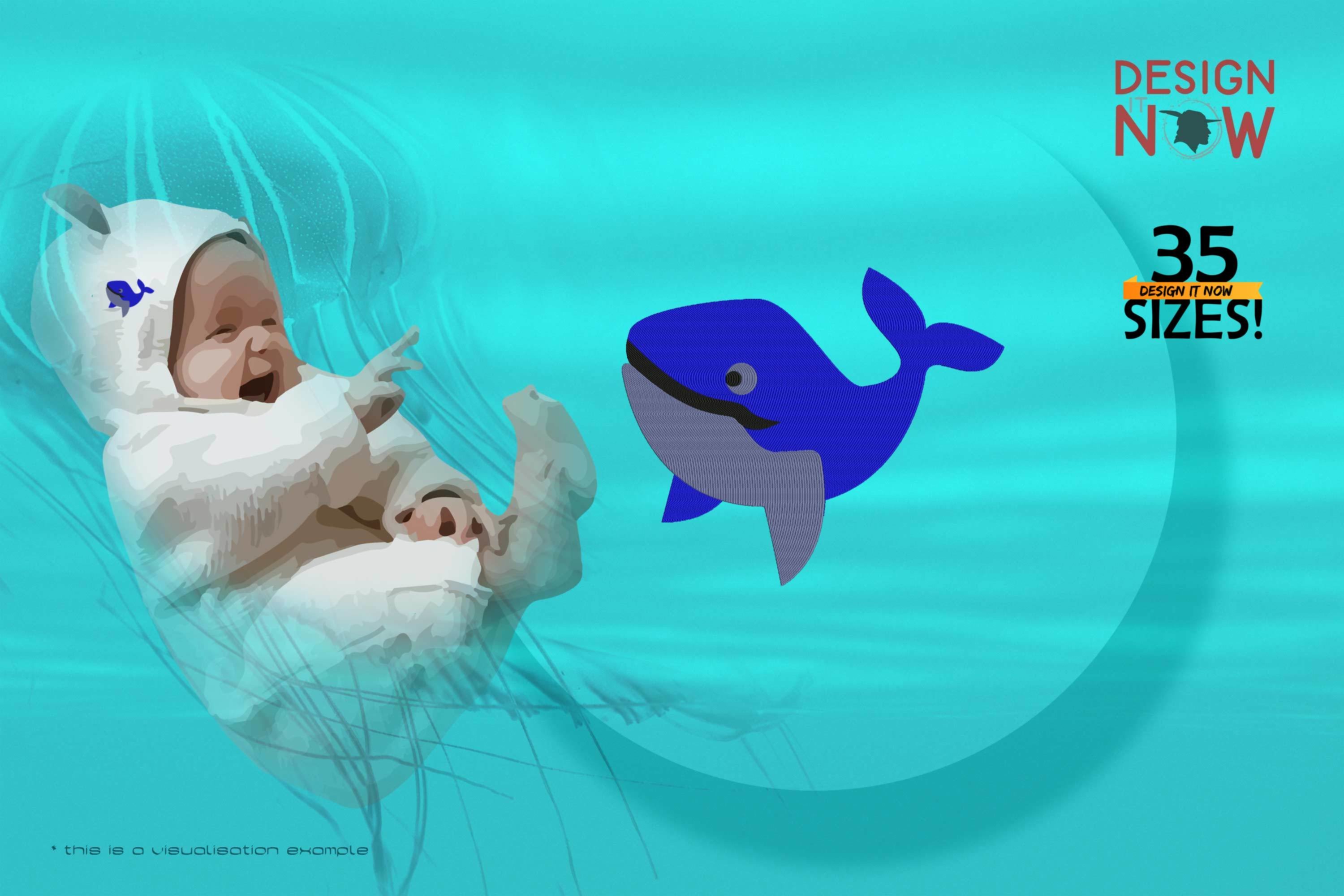 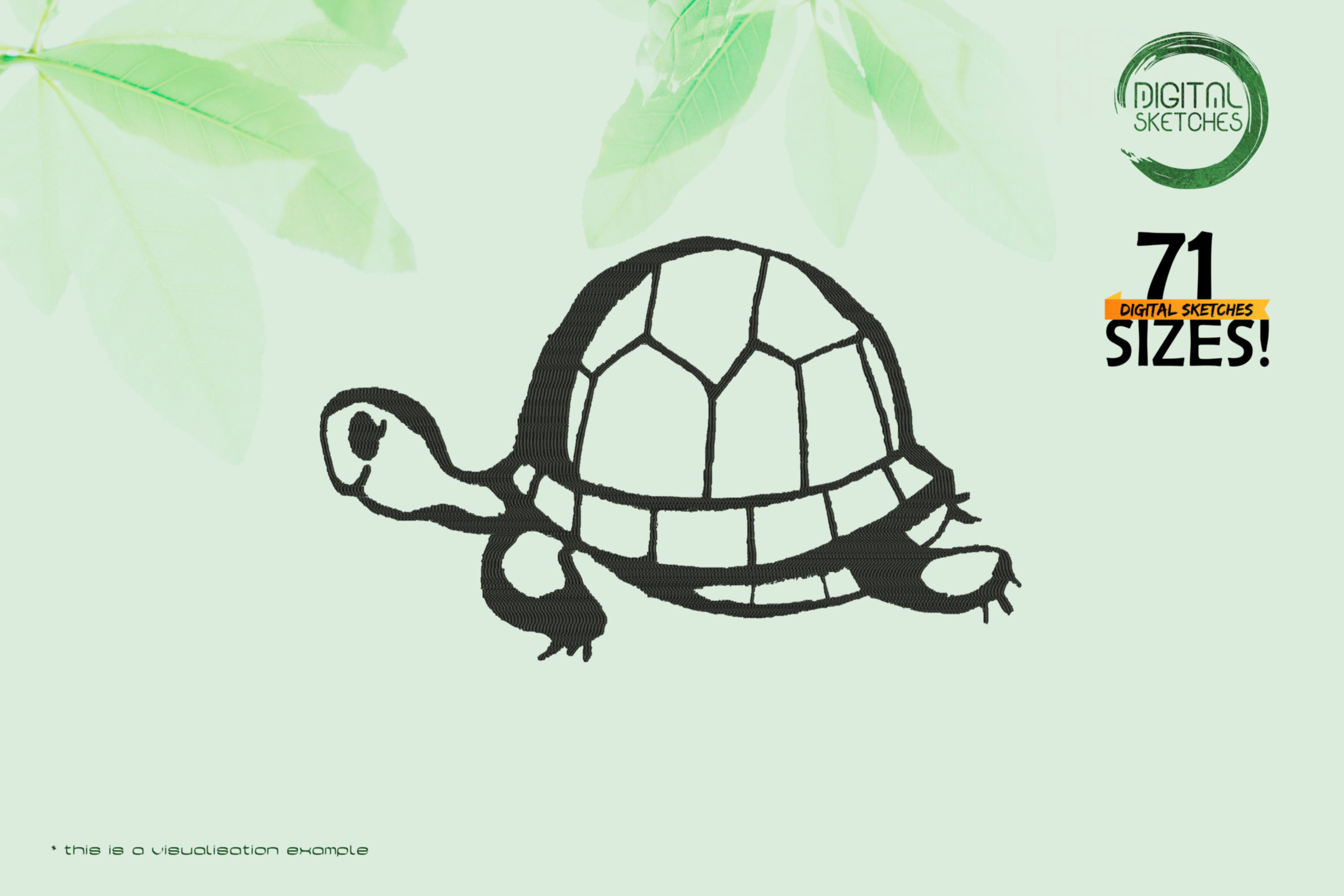 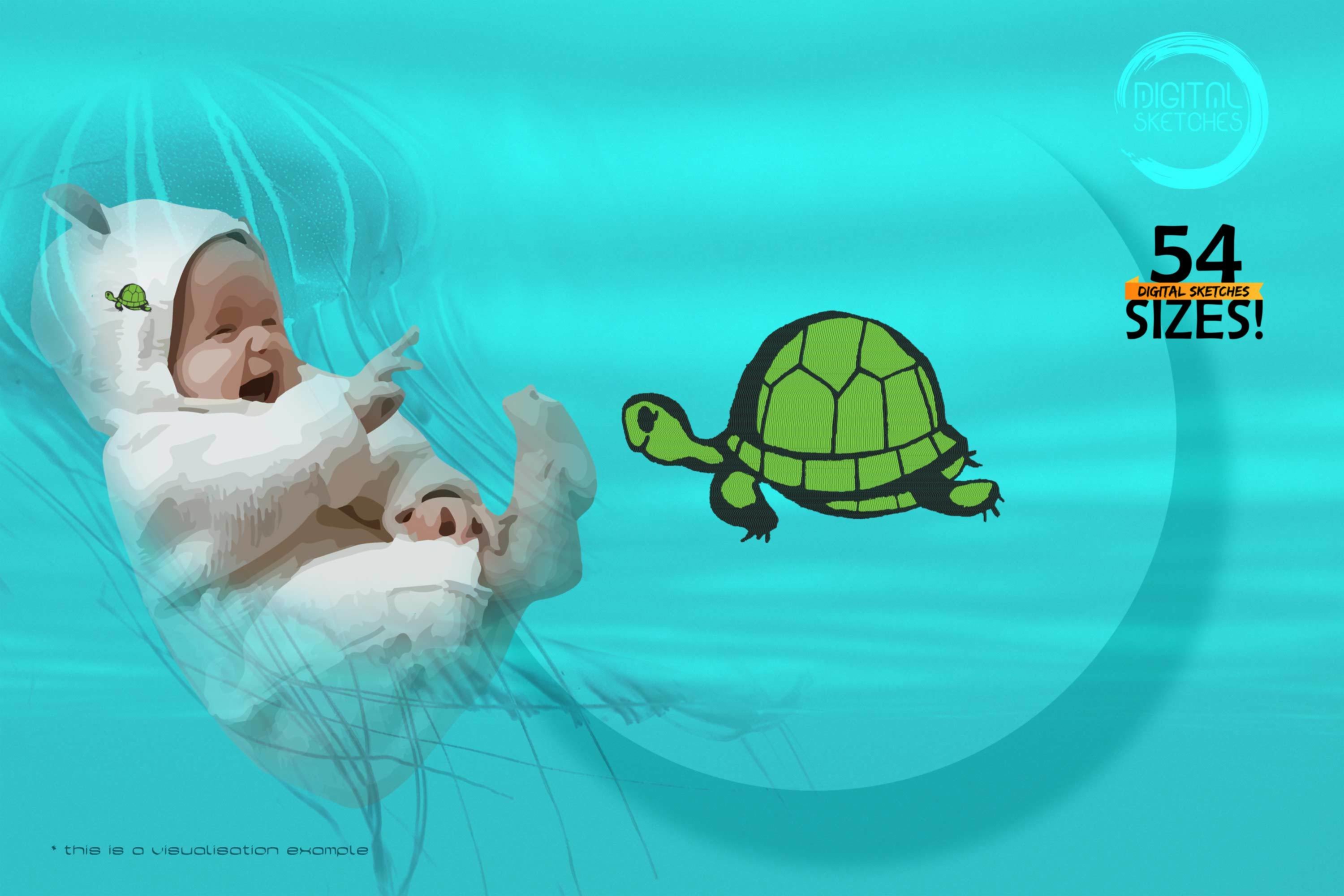