Show all categories People Back 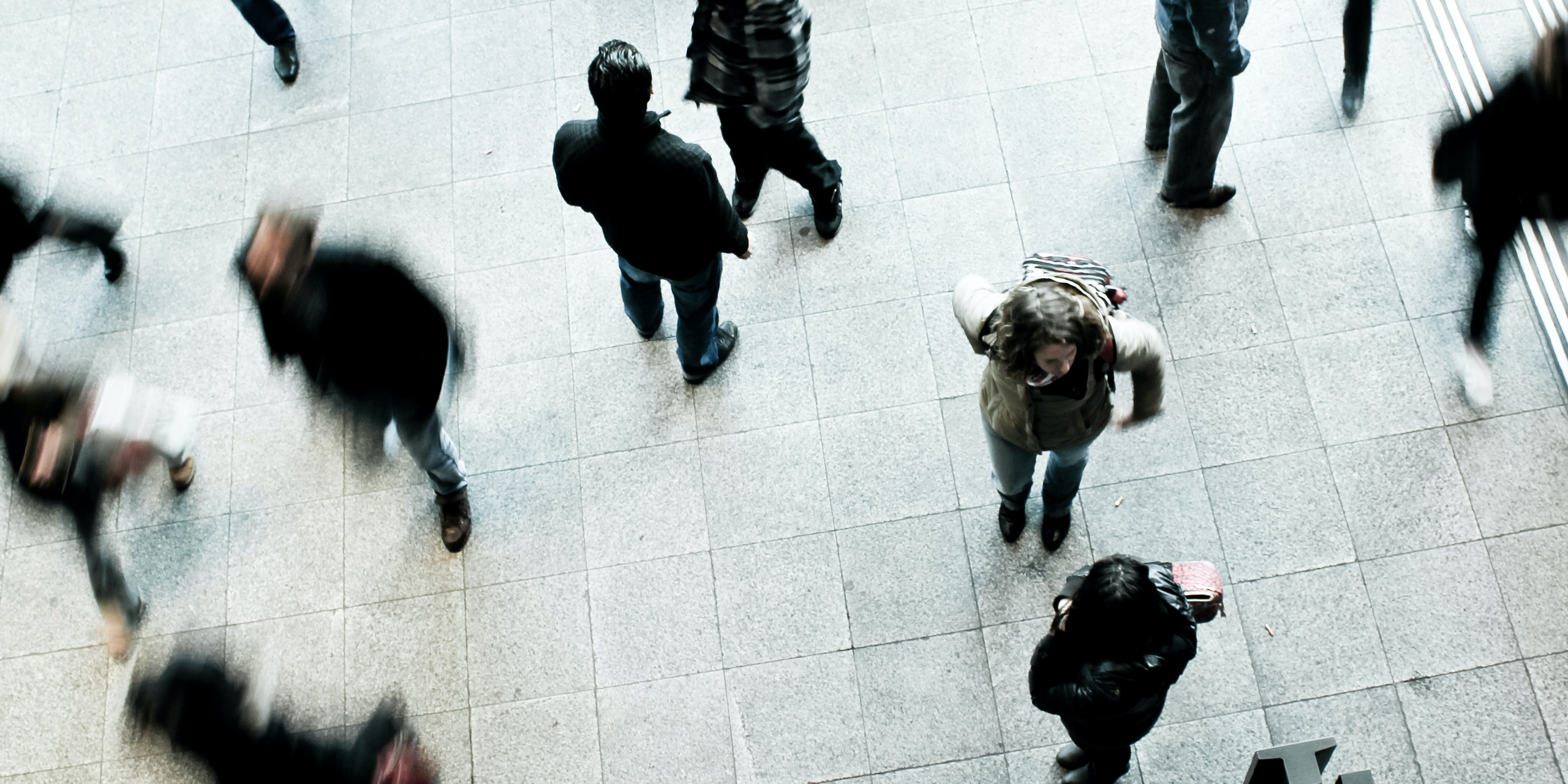 According to biological systematics, humans (Homo sapiens, Latin for "understanding, understanding" or "wise, clever, prudent, reasonable man") are a species of the genus Homo from the family of apes, which belongs to the order of primates and thus to the higher mammals. General characteristics of humans and particular forms of human coexistence are studied in anthropology, ethnology and sociology.
In the course of human phylogeny, hominization, and sociocultural evolution, characteristics have emerged that set the stage for humans to become highly socialization- and culture-dependent beings. These include a long-lasting childhood, the ability to acquire language and to engage in communal work, and the formation of particularly complex social bonds.
Through their consciousness, the temporal dimension of existence as well as a reflected relationship to themselves become accessible to people. This leads to questions concerning one's own existence, such as personal freedom, the human position in nature, moral principles of living together and the meaning of life. In the course of reflecting on the relationship to other living beings, many cultures have developed an image of man in the course of the history of mankind so far, which separates mankind from the animal world and contrasts it with it. Such a special position was established, for example, by creation narratives that ascribe a separate origin to humans, or by the determination of humans as rational beings. But it is also echoed in modern notions such as that of human dignity.
Man is the only recent species of the genus Homo. It has been fossilized in Africa for about 300,000 years, where it evolved from Homo erectus via an evolutionary link known as archaic Homo sapiens. Between Homo sapiens, the Neanderthals and the Denisova humans there was demonstrably - presumably several times - a gene flow. Other, but much more recent fossil evidence, exists for the species from all continents except Antarctica. Of the extant great apes, chimpanzees are phylogenetically most closely related to humans, ahead of gorillas. Humans have a cosmopolitan distribution.
As of October 2018, the global human population comprised approximately 7.63 billion individuals. The development of technological civilization led to extensive anthropogenic influence on the environment (progressive hemeroby), so it has been proposed to call the current Earth Age the Anthropocene.
Filter
– 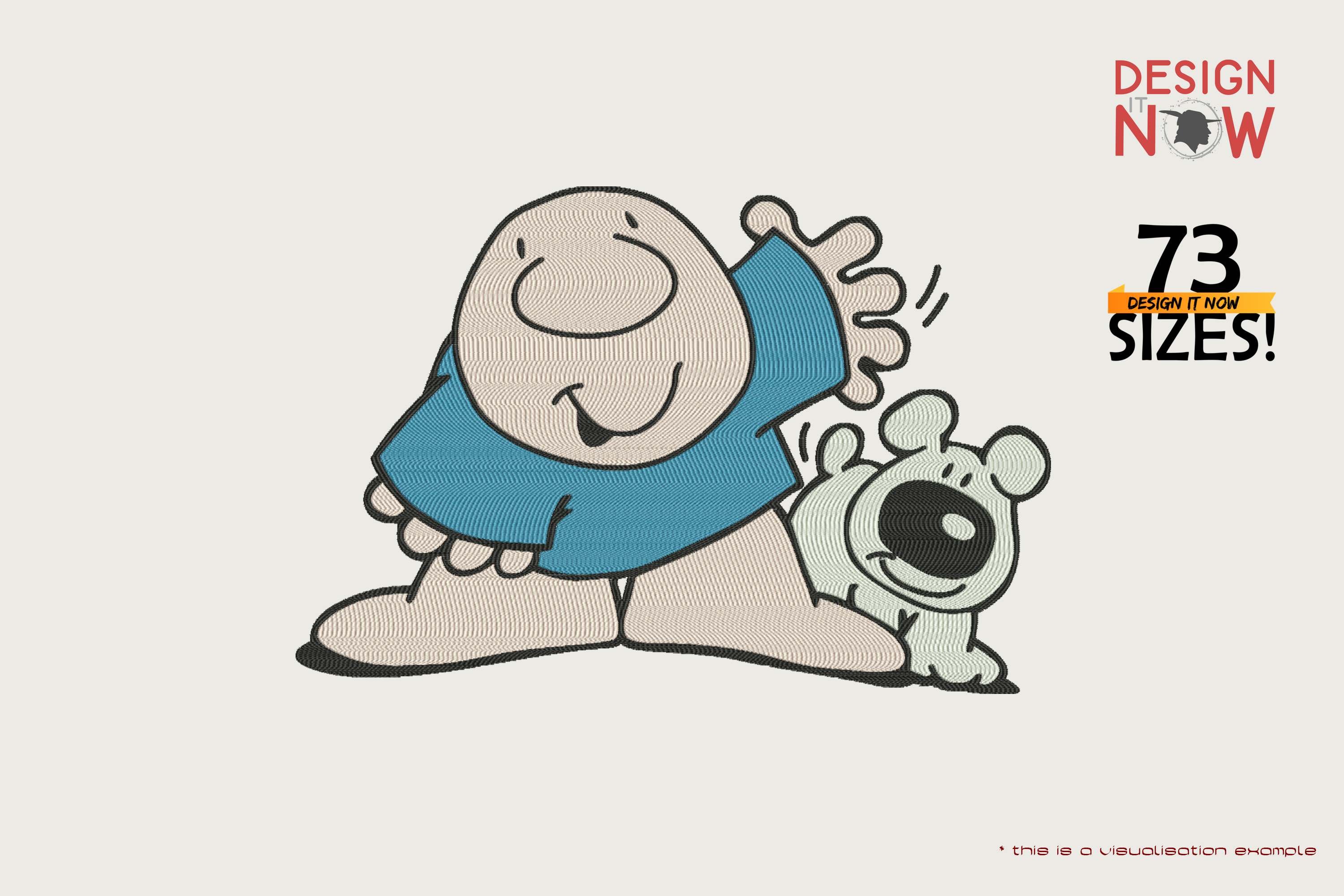 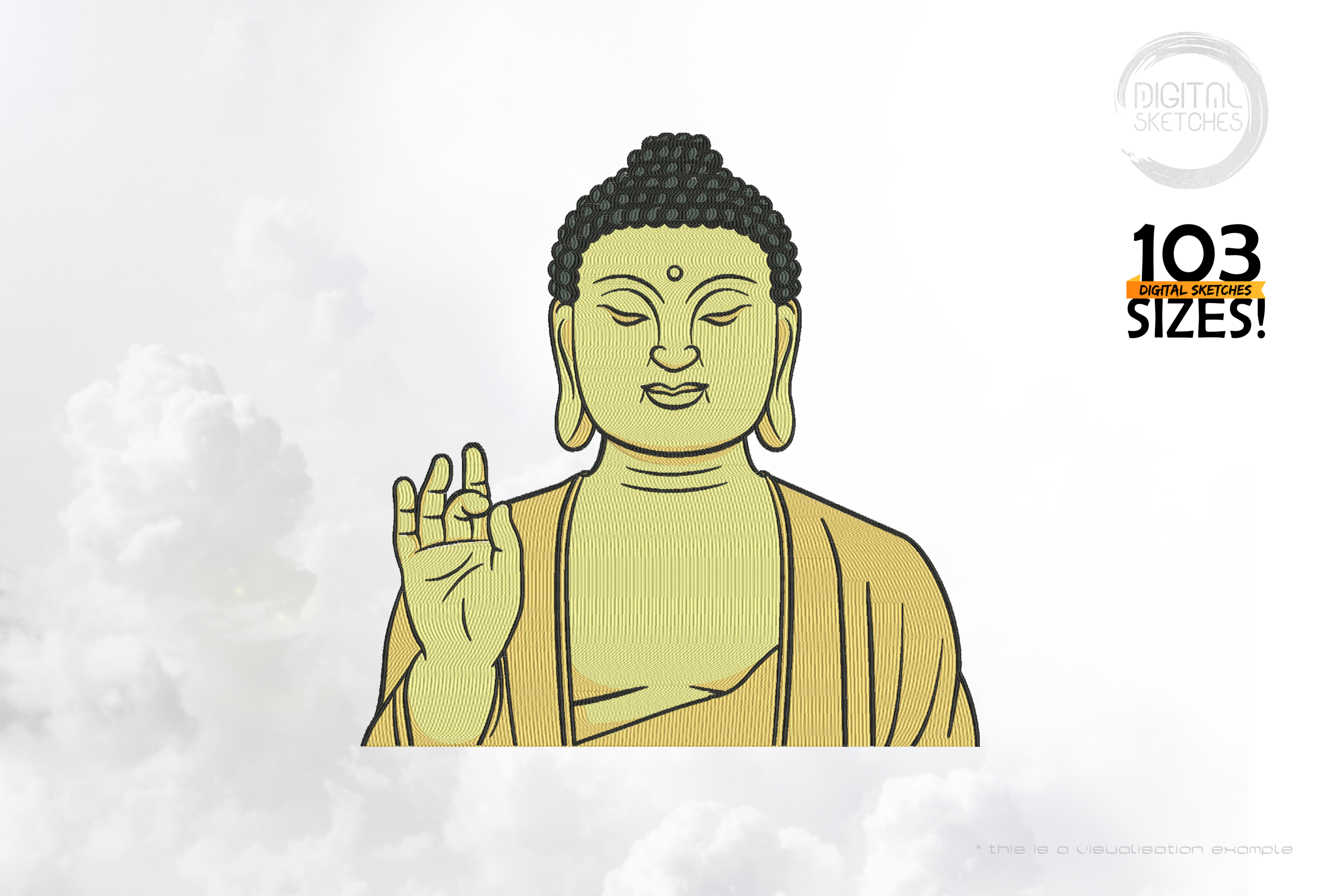 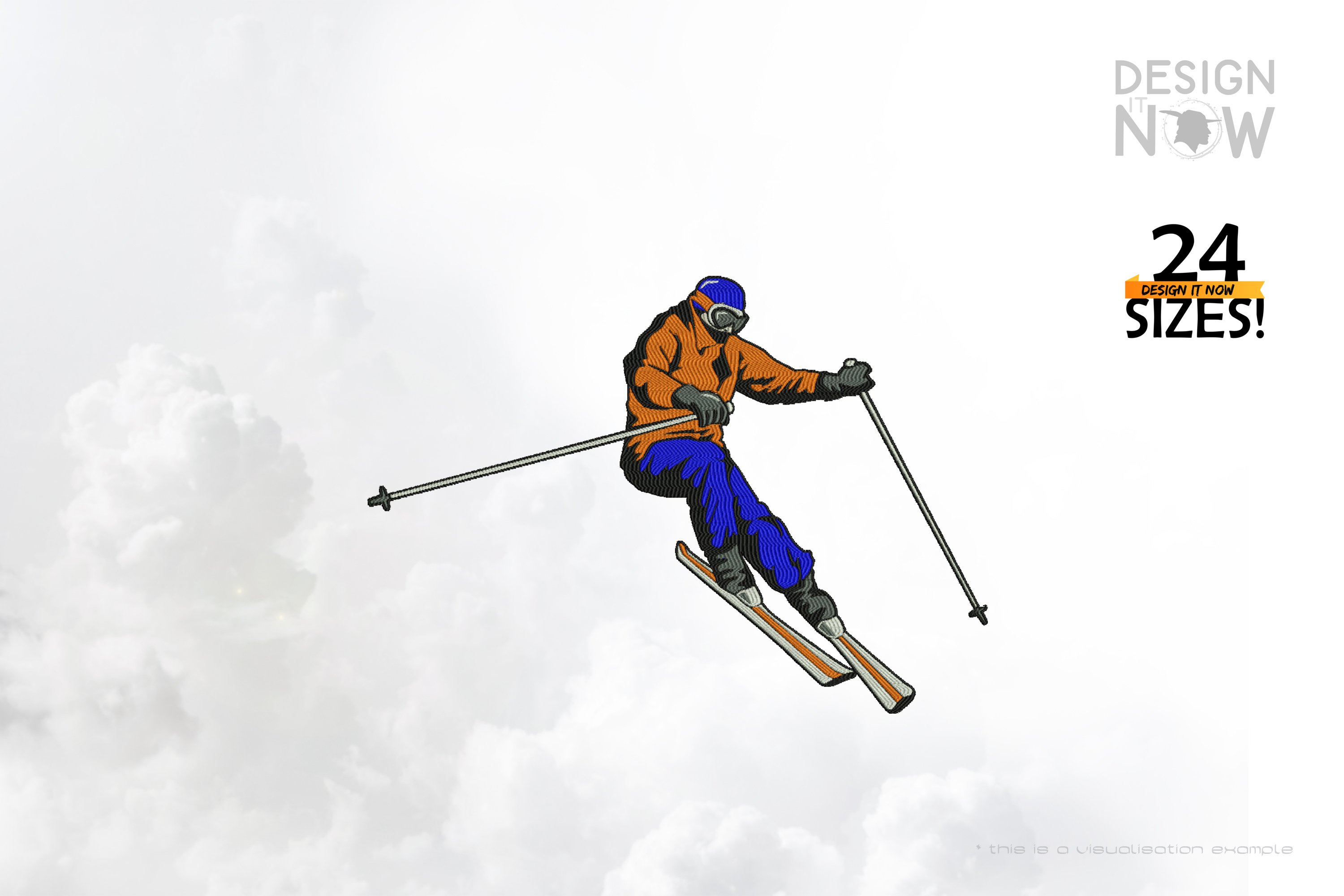 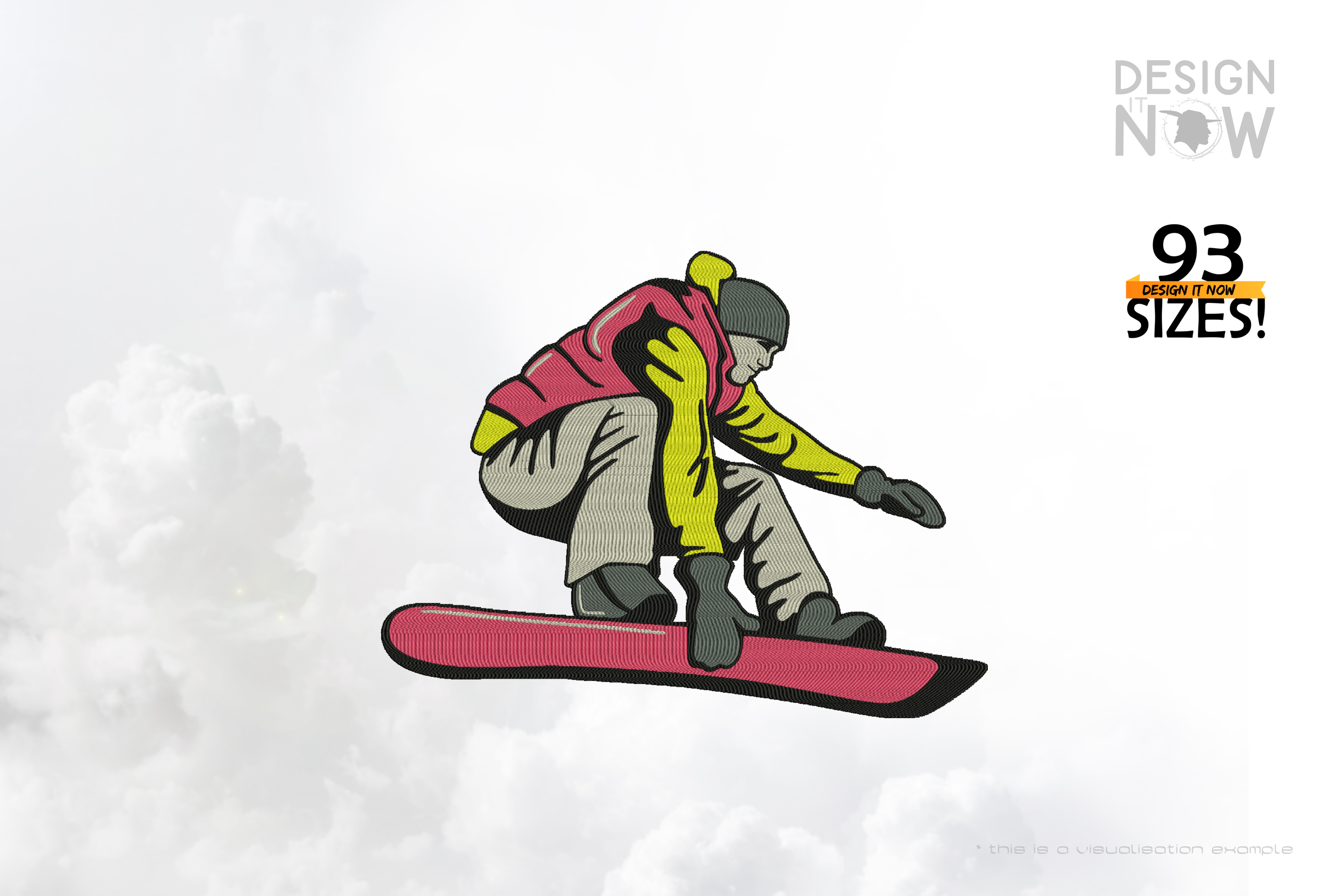 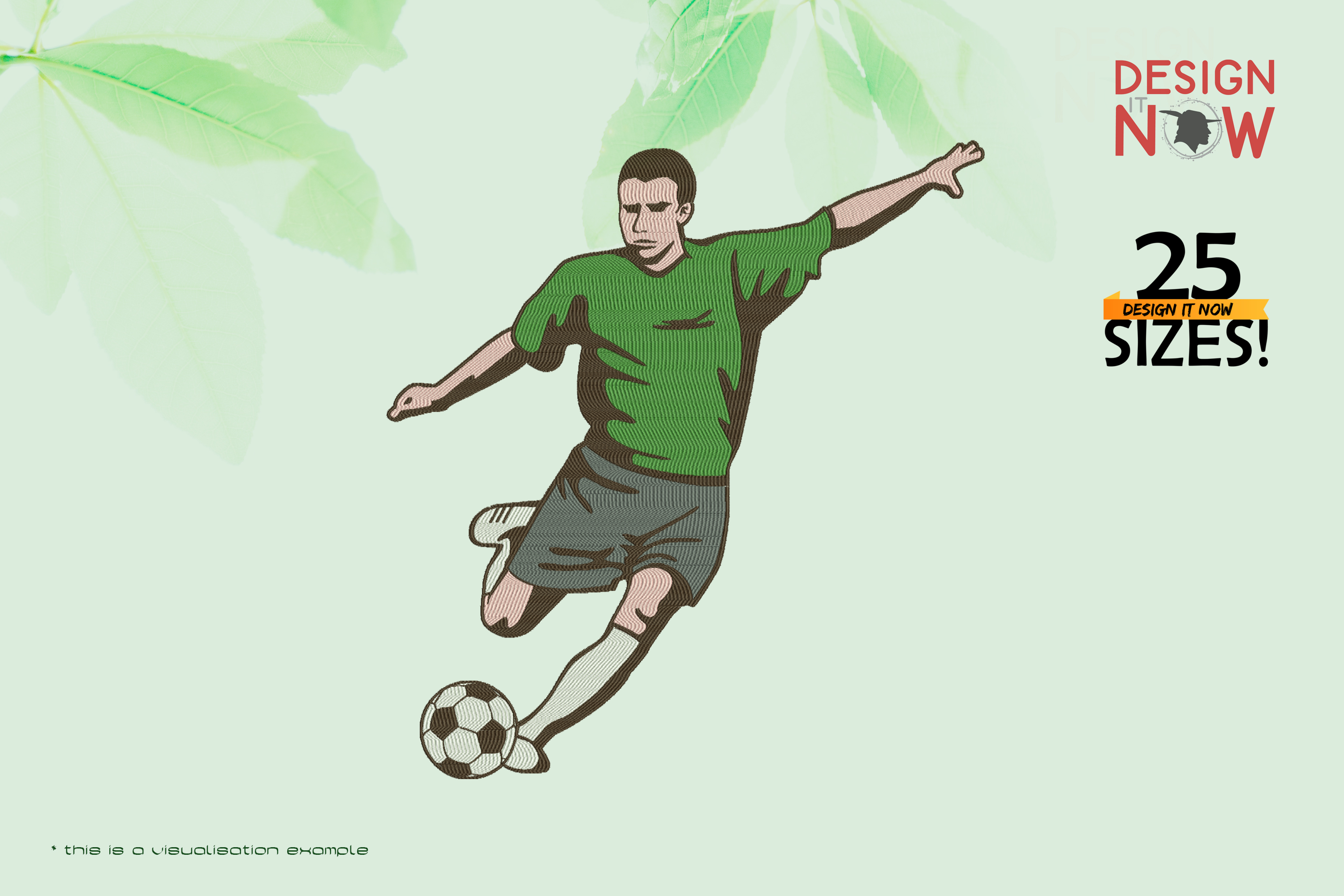 Tribute To Actor Carlo Pedersoli aka Bud Spencer
Tribute to actor Carlo Pedersoli aka Bud Spencer (civil name Carlo Pedersoli; * 31 October 1929 in Naples; † 27 June 2016 in Rome) was an Italian film and television actor, swimmer and water polo player, pilot, musician and composer, politician and inventor, and founder of the airline Mistral Air.He was the first Italian to swim the 100 metres freestyle in under a minute, won Italian swimming championships in various disciplines for ten consecutive years, and was a member of the Italian national water polo team. In 1952 and 1956 he took part in the Olympic Games in Helsinki and Melbourne respectively.He became best known as Tribute to actor Carlo Pedersoli aka Bud Spencer alongside Terence Hill. The comedic duo appeared in numerous adventure and western comedies with extensive fight scenes and in some more serious Italian westerns. The actor usually played the stubborn, phlegmatic but good-hearted character who put his opponents out of action with a powerful punch.In 1967, he received a film offer from the director and acquaintance of his wife Giuseppe Colizzi for the Italo western God Forgives... Django Never. This film was the beginning of the comedy duo Tribute to actor Carlo Pedersoli aka Bud Spencer and Terence Hill, who stepped in as a replacement for the originally planned Peter Martell, who had broken his foot the night before shooting began.Both actors adopted English stage names because they were easier to market at the time and he did not want to ridicule his well-known name. His colleague Mario Girotti, whom he had known for many years before their first filming together at a swimming club in Rome, chose "Terence Hill" from a list. He told about his own stage name: "I didn't have a list! I had a bottle of Budweiser beer - my favourite beer - in front of me. And Spencer Tracy was always my favourite actor, so my choice was easy!"Product Number: N03439Product Name: TributToActorBudSpencer  This design comes with the following sizes:Size: 3.41"(w) X 3.92"(h) (86.6 X 99.6mm)Size: 4.10"(w) X 4.72"(h) (104.1 X 119.8mm)Size: 4.79"(w) X 5.50"(h) (121.7 X 139.6mm)Size: 5.81"(w) X 6.67"(h) (147.7 X 169.4mm)Size: 6.85"(w) X 7.83"(h) (173.9 X 199.0mm)The following formats are included in the file you will receive: .DST .EXP .HUS .JEF .PES .VIP .VP3 .XXX You MUST have an embroidery machine and the software needed to transfer it from your computer to the machine to use this file. This listing is for the machine file only - not a finished item.Tribute To Actor Carlo Pedersoli aka Bud Spencer Machine Embroidery Design, Prominence Embroidery Pattern, Celebrity Designs, VIP Portraits Embroidery Art, DIY Project Idea, Unique Digital Supplies For Embroidery Machines
US$14.49* 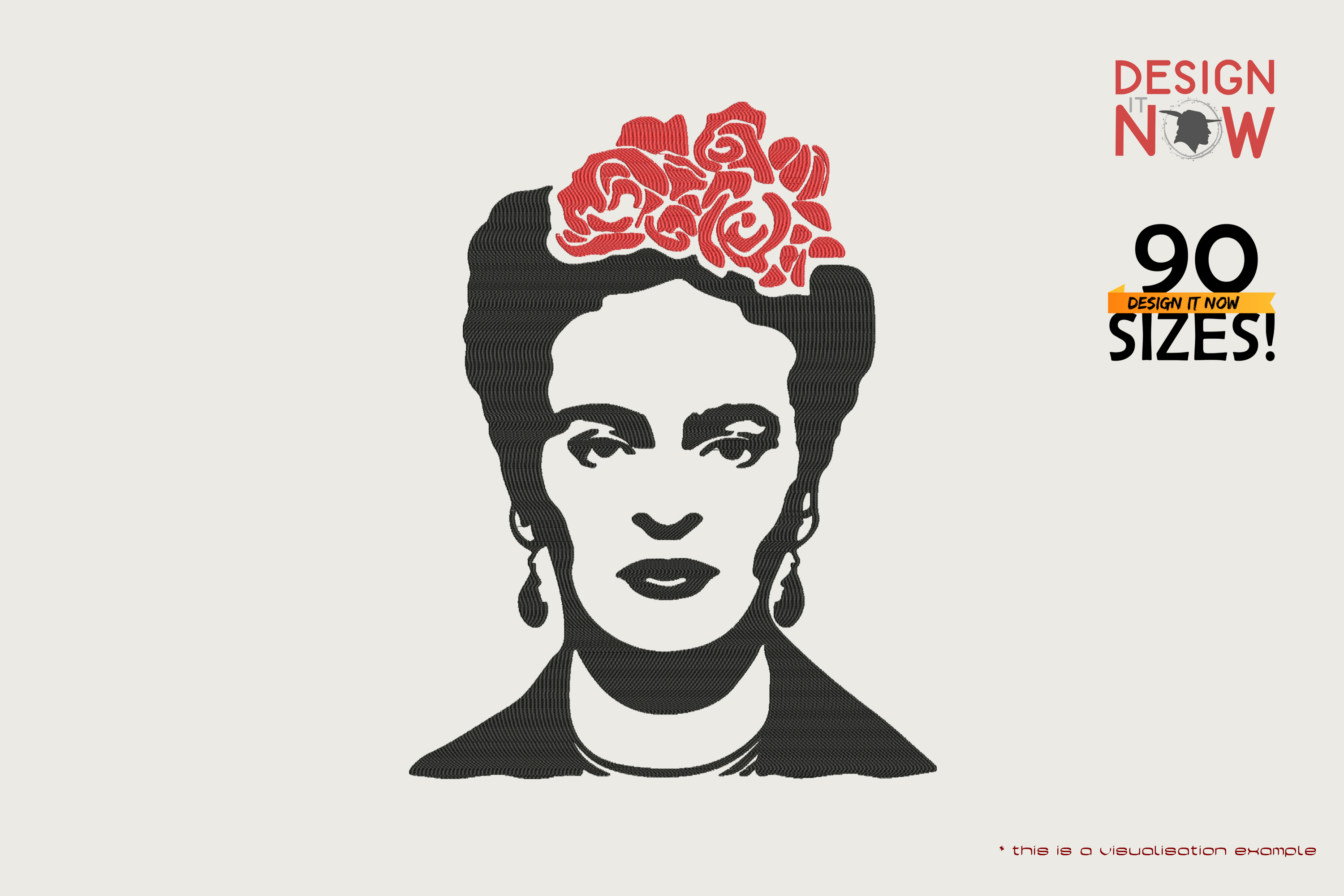 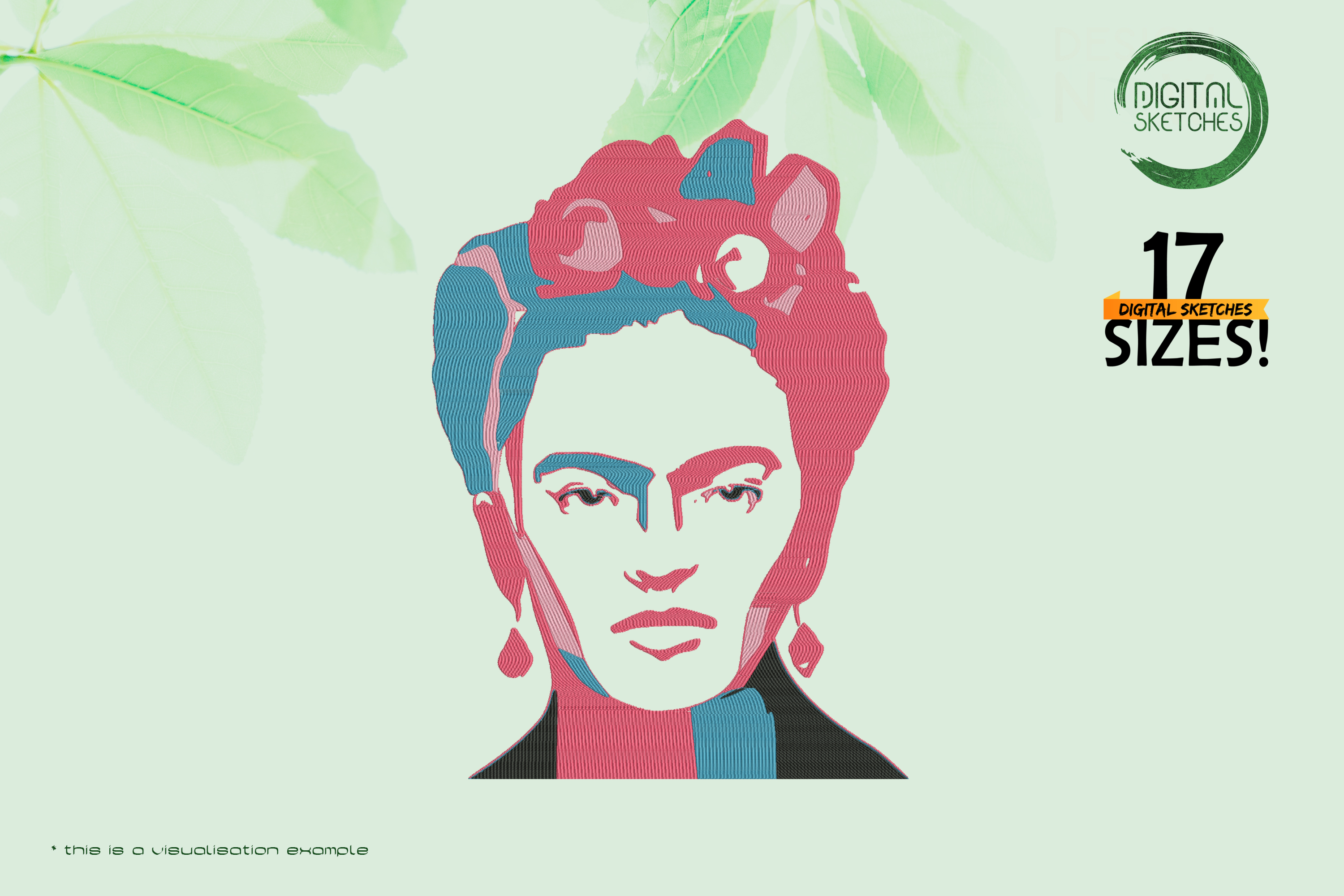 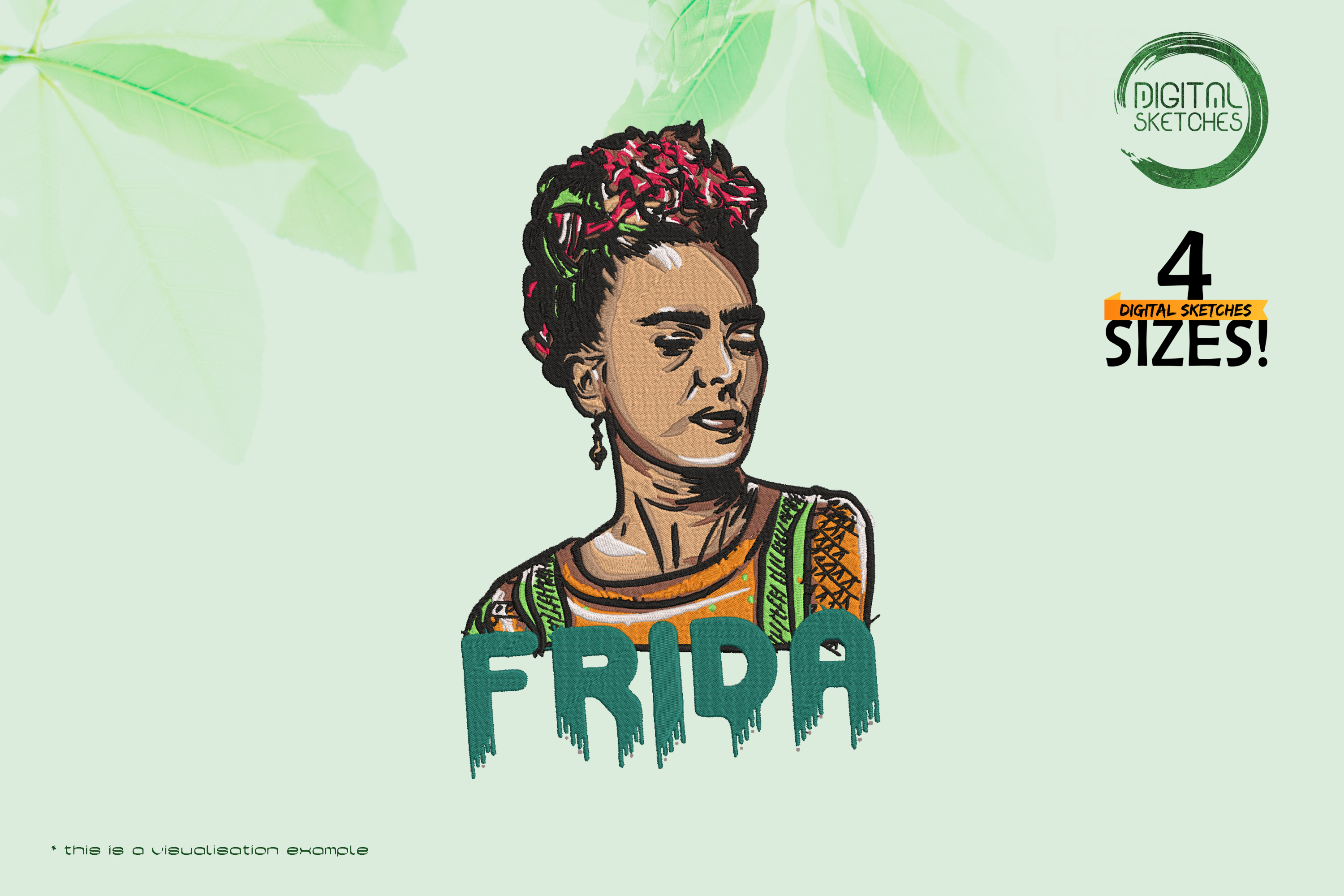 Tribute To Artist Magdalena Carmen Frieda Kahlo Y Calderon aka Frida Kahlo (Colored Portrait)
Tribute to artist Magdalena Carmen Frieda Kahlo y Calderón aka Frida Kahlo (born 6 July 1907 in Coyoacán, Mexico City, as Magdalena Carmen Frieda Kahlo y Calderón; † 13 July 1954 ibid) was a Mexican painter. She is one of the most important representatives of a popular development of surrealism, whereby her work sometimes shows elements of New Objectivity.Tribute to artist Magdalena Carmen Frieda Kahlo y Calderón aka Frida Kahlo she is by far the most famous painter in Mexico, if not in Latin America.Her paintings have been officially declared a "national treasure" by the Mexican government. Her full-length self-portrait Raíces fetched US$ 5.6 million at auction in May 2006, making it the most expensive painting by a Latin American artist to date. Her eventful life contributed to her myth: her illness, her suffering, her marriage to artist Diego Rivera, his infidelity and her affairs. Added to this were her revolutionary zeal and a passionate patriotism. She liked to show herself in traditional costume, her hair done up in the manner of the women of Oaxaca and dressed in their traditional jewellery. In this way, she consciously emphasised her indigenous roots in public. This was unusual at the time, especially since racial criteria were decisive for one's position in the highly stratified Mexican society. As an artist, she dealt with her suffering - especially chronic illness - but also her marital problems in her paintings. Among her 143 paintings are 55 self-portraits. After countless operations on her vertebrae and the amputation of her right foot, hardly anything of Frida's joie de vivre remained in her art. She appears serious in all her paintings, but the seriousness is usually contrasted by bright colours. Her lady moustache and the eyebrows grown together become her "trademark" in her self-portraits.She often emphasises them much more than they were in reality. Often, small symbols in her paintings point to mental and physical wounds. Her works show surrealist influences, but she herself rejected this attribution.  The artist noted in her diaries that she could not have endured the agonising existence without Diego's love.In her works, the artist often refers to pre-Columbian Mexican art of the Aztecs and Maya and reflects on European art history. Her works also deal with social and political problems. She was a convinced Marxist and expressed this in works such as "El marxismo dará salud a los enfermos"(1954) ('Marxism will bring healing to the sick').Product Number: E00343Product Name: TributToFridaKahloThis design comes with the following sizes:Size: 4.39"(w) X 6.90"(h) (111.4 X 175.2mm)Size: 6.10"(w) X 9.60"(h) (155.0 X 243.8mm)Size: 7.27"(w) X 11.43"(h) (184.6 X 290.2mm)Size: 8.01"(w) X 12.61"(h) (203.5 X 320.2mm)The following formats are included in the file you will receive: .DST .EXP .JEF .PES .VP3 .XXX .VIP .HUSYou MUST have an embroidery machine and the software needed to transfer it from your computer to the machine to use this file. This listing is for the machine file only - not a finished item.Tribute To Artist Magdalena Carmen Frieda Kahlo Y Calderon aka Frida Kahlo Saying Machine Embroidery Design, Colored Portrait, Mexican Painter, Artists Embroidery Pattern, Designs, Embroidery Art, DIY Project Idea, Unique Digital Supplies For Embroidery Machines
US$17.49* 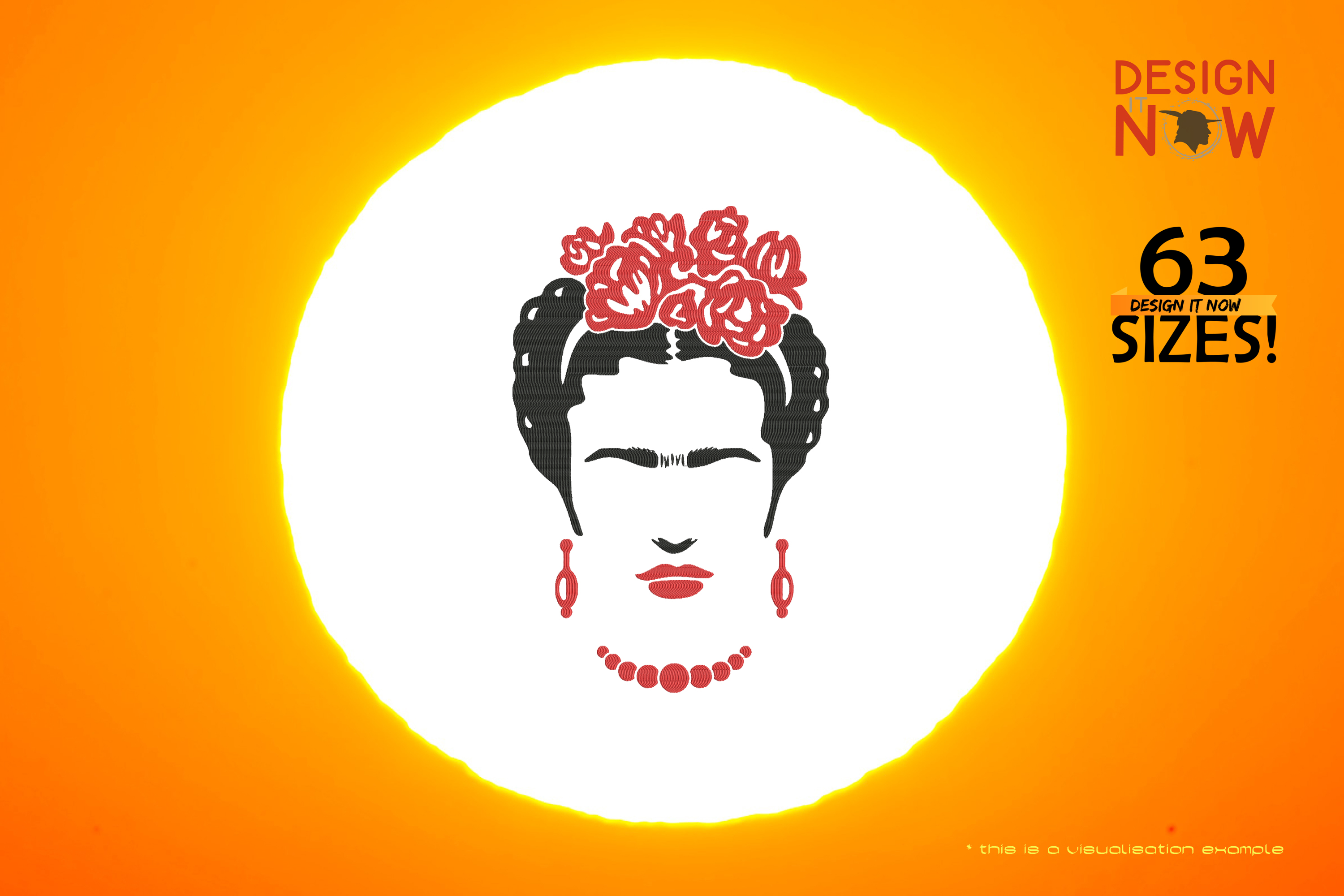 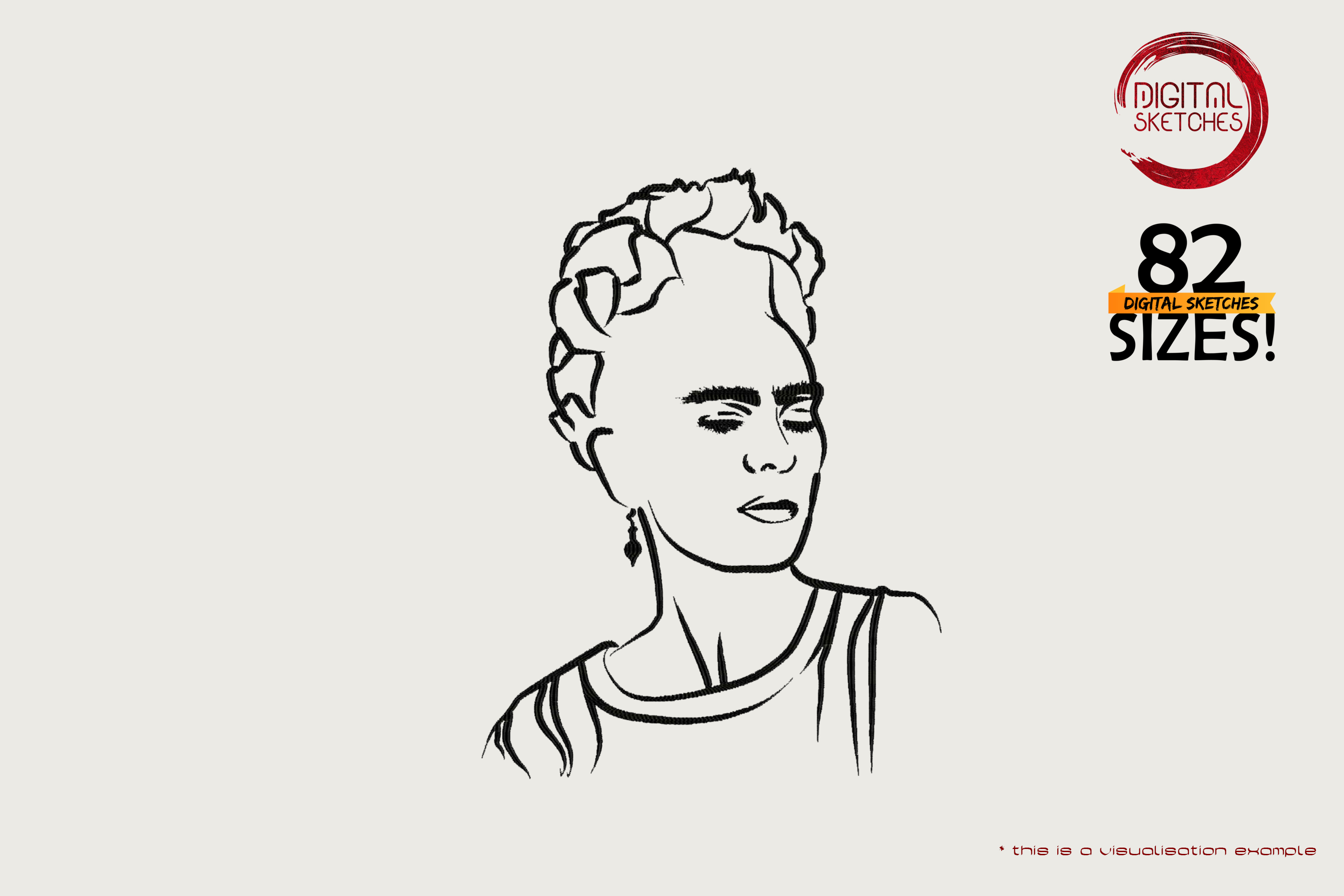 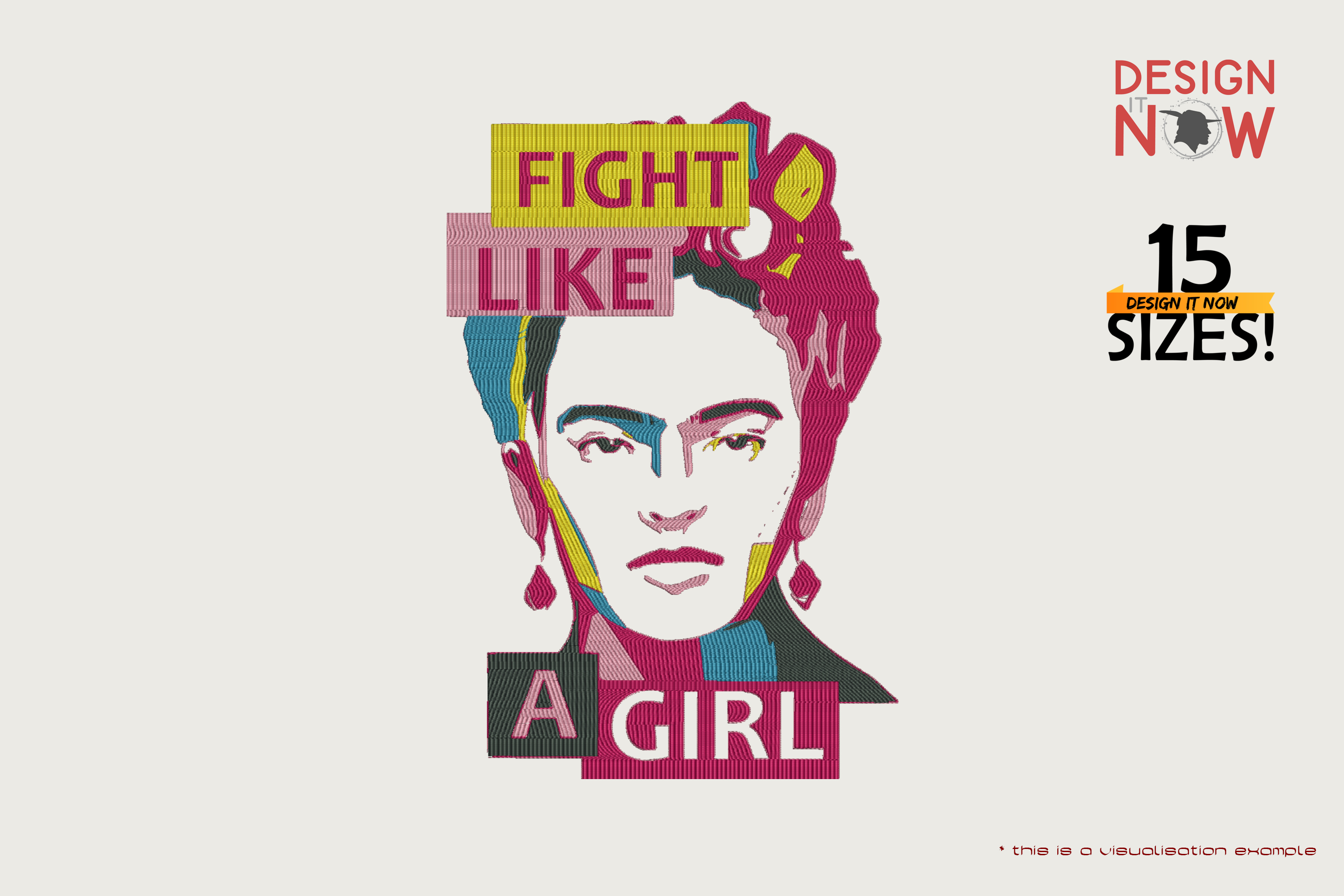