Show all categories Ornaments Back 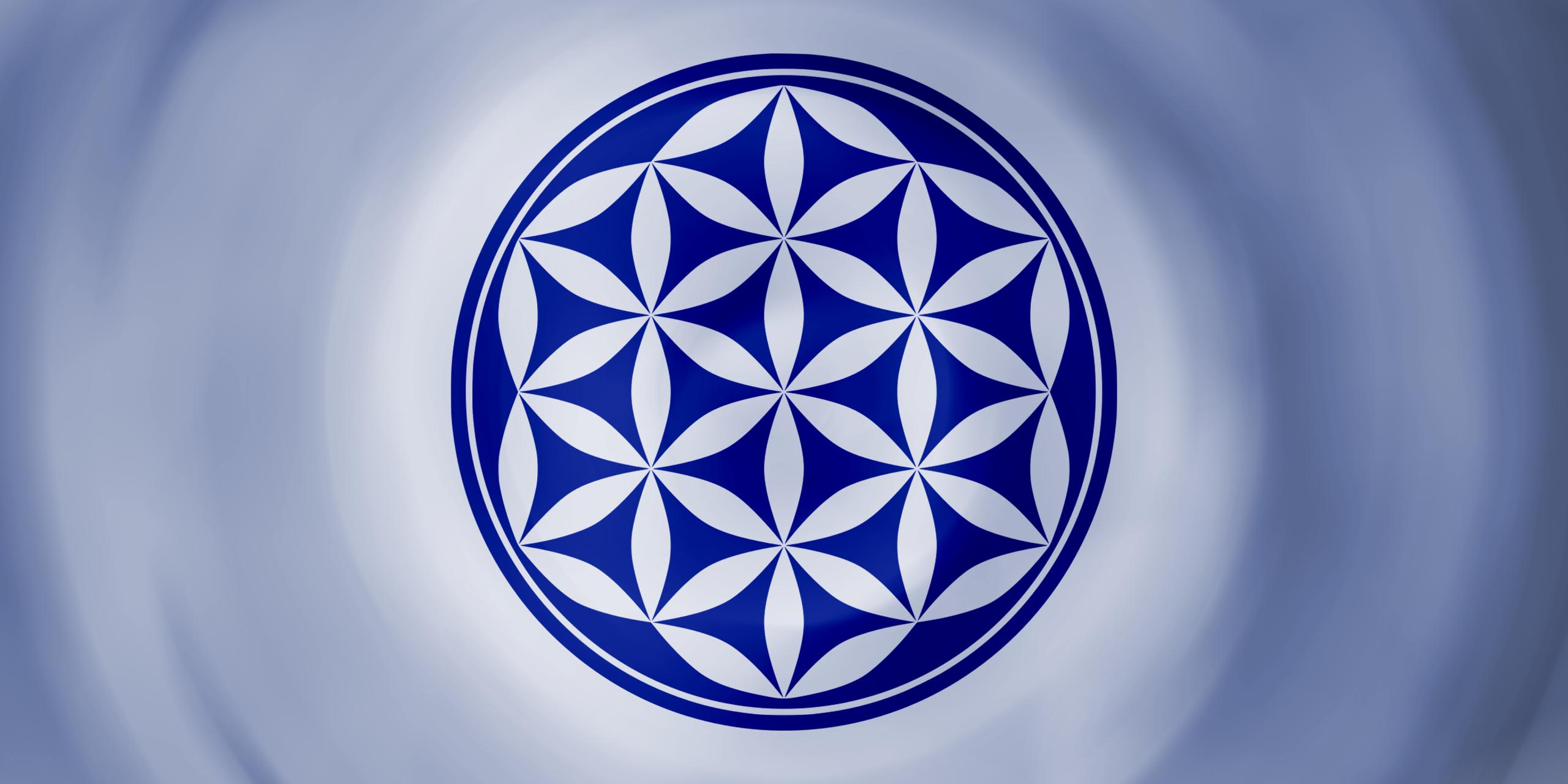 An ornament (from Latin ornare "to decorate, adorn, arrange, equip") is a usually repeating, often abstract or abstracted pattern with a symbolic function in itself. Ornaments are found on fabrics, buildings, wallpaper. The term ornament is mistakenly confused with the terms ornamentation or decoration, which describe an agglomeration of decorative elements used in an embellishing function. Ornaments, however, are often components or motifs in decorative arts, such as arts and crafts. As a single ornamental motif, it is thus a part of decoration.
Each ornament differs formally clearly from the background pattern and is often distinguished by color or elevation. Ceramic vessels decorated with ornaments can be found as early as the Stone Age. Ornaments can be formed representationally from floral or fantasy patterns. Flowers and foliate ornaments are common in churches, cathedrals, cloisters, and other buildings on columns or bay windows, as well as on ceilings (stucco) or house entrances. Ornaments may also include abstract forms, such as traditional clan patterns or tribal symbols, to indicate the affiliation of the wearer. They are particularly common in Islamic art (because of the ban on images there) as arabesques.
Ornamentation is the term used to describe the totality of ornaments in terms of their forms typical within a particular stylistic period or for a particular art object, as well as the art of ornamentation. The ornamentation of classical column architecture occupies a special position here, as it generally follows a tectonic logic. The individual ornaments are understood as reminiscences of constructive elements of the early Greek wooden architecture. The appropriate use of individual ornaments is thus subject to canonical ties and is a defining theme of early modern architectural theory.
Filter
–
% 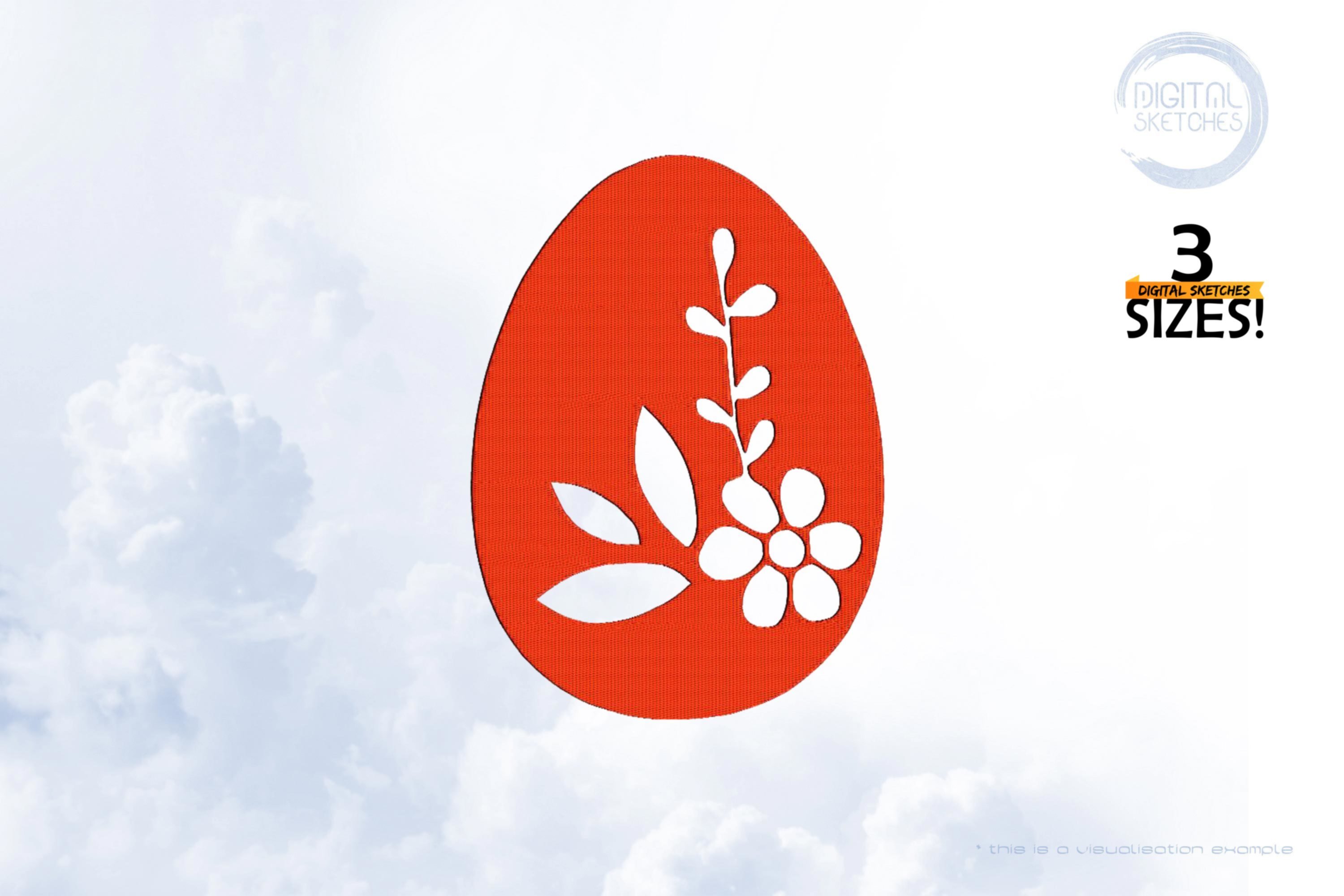 Ornamented Egg
An Easter egg is a colored egg, often painted or decorated with motifs; usually a hard-boiled chicken egg, which is traditionally given as a gift or eaten at Easter. Furthermore, decorative items not intended for consumption are also called Easter eggs, which serve as ornaments or sometimes gifts during the Easter season. They are usually blown out eggs, usually chicken eggs, or eggs made of other materials such as cardboard, plaster, wood, natural stone or plastic. Depending on the purpose and type of material, such Easter eggs are also largely dyed, colorfully painted or dyed produced, as well as usually provided with decorations in a variety of ways. Also the chocolate eggs offered in large quantities and colorfully packaged are Easter eggs. At Easter (Latin pascha or Festum paschale, from Hebrew פֶּסַח pésach), Christians celebrate the feast of the resurrection of Jesus Christ. In the early Church, Easter was celebrated as a unity of the remembrance of the Passion and the celebration of the Resurrection on Easter Vigil, the night before Easter Sunday ("Full Pascha"). From the 4th century onward, the highest feast in the church year was historically unfolded as a three-day celebration (Triduum Sacrum or Triduum paschale). Since then, therefore, in most liturgies the services have extended from the celebration of the Last Supper on Holy Thursday evening, through Good Friday with the commemoration of Jesus' suffering and death, and Holy Saturday, the day of the Lord's burial, to the dawn of the new week on Easter Sunday (liturgically Dominica Resurrectionis, "Sunday of the Resurrection" [of the Lord]). Since, according to the New Testament, Christ's passion, death and resurrection fell during a Passover week, the date of this major movable Jewish festival also determines the date of Easter. It is determined by a lunisolar calendar and in the Western Church always falls on the Sunday after the first full moon of spring, i.e. in the Gregorian calendar at the earliest on March 22 and at the latest on April 25. The dates of the movable feast days of the Easter festival circle are also based on this. Easter Sunday marks the beginning of the Easter period of joy (Eastertide), which lasts fifty days up to and including Pentecost. In the Middle Ages, the original triduum evolved into a separate Easter triduum, which separated the first three days of the Easter octave from the rest of the festive week. Later, this non-working period was shortened until only Easter Monday remained as a public holiday. Product Number: E00290Product Name: EggThis design comes with the following sizes:Size: 2.87"(w) X 3.91"(h) (72.9 X 99.2mm) Size: 4.91"(w) X 6.69"(h) (124.6 X 169.8mm) Size: 7.45"(w) X 10.16"(h) (189.2 X 258.0mm)The following formats are included in the file you will receive: .DST .EXP .JEF .PES .VP3 .XXX .VIP .HUSYou MUST have an embroidery machine and the software needed to transfer it from your computer to the machine to use this file. This listing is for the machine file only - not a finished item.Ornamented Easter Egg Machine Embroidery Design, Chicken Egg, Traditionally Easter Eggs, Public Holiday Embroidery Pattern, Easter Ornaments, Spring Embroidery Art, Happy Easter, Easter Bunnies Eggs And Chicks, DIY Project Ideas, Beautiful Digital Supplies For Embroidery Machines
US$2.99* US$11.96* (75% saved)
% 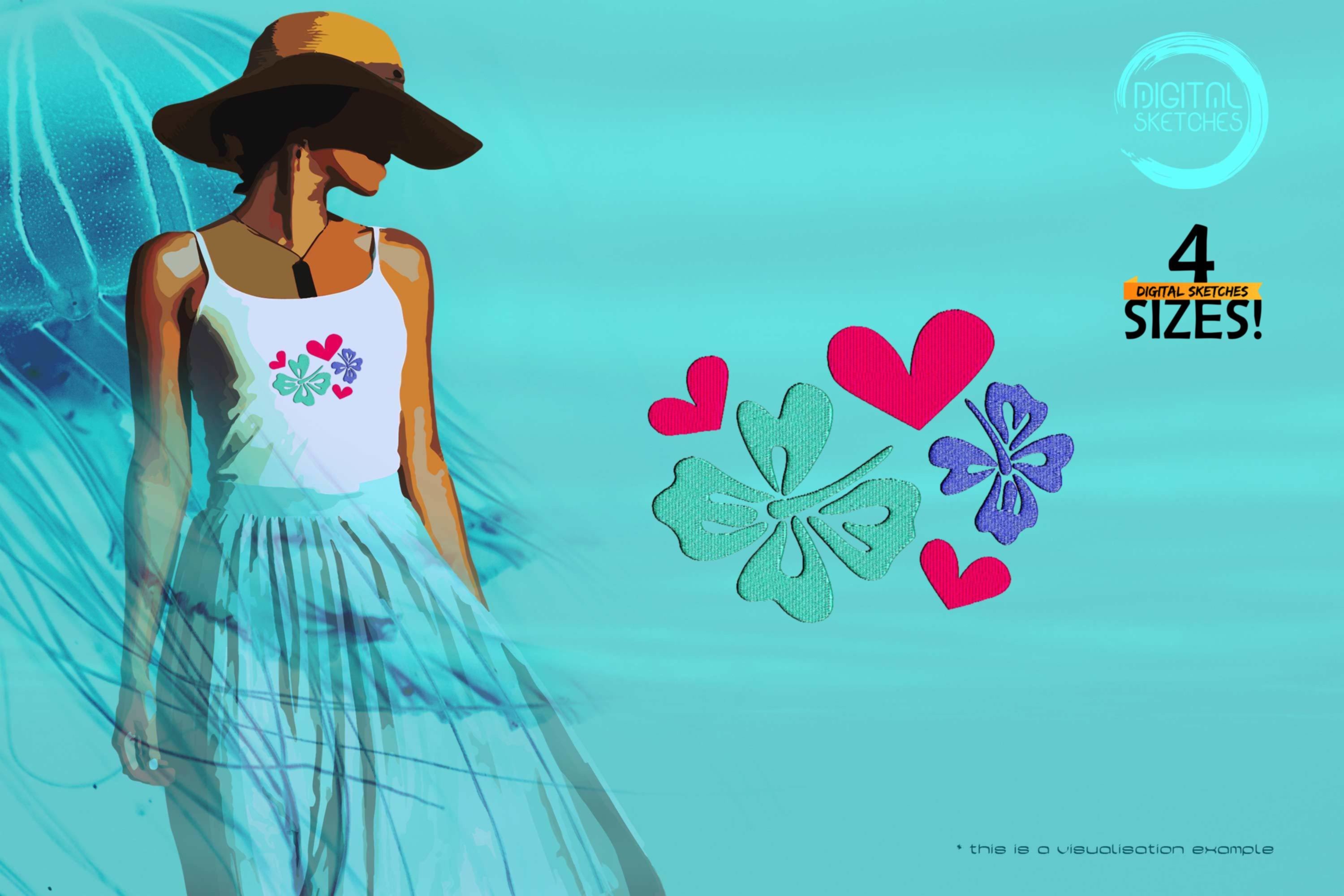 Hibiscus Flowers Composition
Hibiscus is a plant genus in the subfamily Malvoideae within the mallow family (Malvaceae). The species thrive mainly in subtropical to tropical areas of the world. The Hibiscus species grow as annual to perennial herbaceous plants, semishrubs, shrubs and trees. The usually alternate stem leaves are divided into petiole and leaf blade. The mostly simple leaf blades are lobed in some species. Stipules are present. The flowers are usually solitary in the leaf axils, rarely together in inflorescences. The hermaphrodite flowers are radially symmetrical and pentate. There is usually an outer calyx, which may have five or more lobes. The five sepals are usually fused in a bell shape. The five petals may be of a wide variety of colors.In everyday language, a flower refers either to a flowering plant that "produces" larger, eye-catching blossoms, or to a "single blossom of a flower with a stem", or is used as a short form for flowering vine. It is often used as an ornament, e.g. as a cut flower in a bouquet, a floral wreath or a floral arrangement. In the visual arts, flowers as a floral motif are a frequently depicted theme. In botany, on the other hand, the term flower is clearly defined and is separated in particular from the term blossom. While a flower (as a single flower or inflorescence) is defined by its function in pollination, a blossom (as a stunted shoot with metamorphosed leaves) is a term clearly defined by morphology.A flower is the pollination-biological unit of flowering plants. It is its task to attract pollinators or it forms a technical-functional unit. Flower is therefore an ecologically-functionally defined term. Thus, flowers pollinated by animals are classified according to their pollinators, such as the bird flowers or the beetle flowers. A flower is defined as a shoot of limited growth in the service of sexual reproduction. Its structure is clearly divided into perianth, stamens and carpels. Tulip or rose flowers are good examples of this. They do not have to be conspicuously built or coloured; grasses also have flowers.Product Number: E00184Product Name: HibiscusThis design comes with the following sizes:Size: 3.91"(w) X 2.87"(h) (99.4 X 72.8mm) Size: 5.87"(w) X 4.31"(h) (149.1 X 109.5mm) Size: 6.69"(w) X 4.91"(h) (170.0 X 124.7mm) Size: 8.24"(w) X 6.04"(h) (209.2 X 153.5mm)The following formats are included in the file you will receive: .DST .EXP .JEF .PES .VP3 .XXX .PEC .U01You MUST have an embroidery machine and the software needed to transfer it from your computer to the machine to use this file. This listing is for the machine file only - not a finished item.Hibiscus Flowers Composition, Flower Machine Embroidery Design, Flowering Plant Embroidery Pattern, Cut Flower Designs, Blossoms Embroidery Art, Floral Motif, DIY Project Idea, Unique Digital Supplies For Embroidery Machines
US$2.99* US$11.96* (75% saved)
% 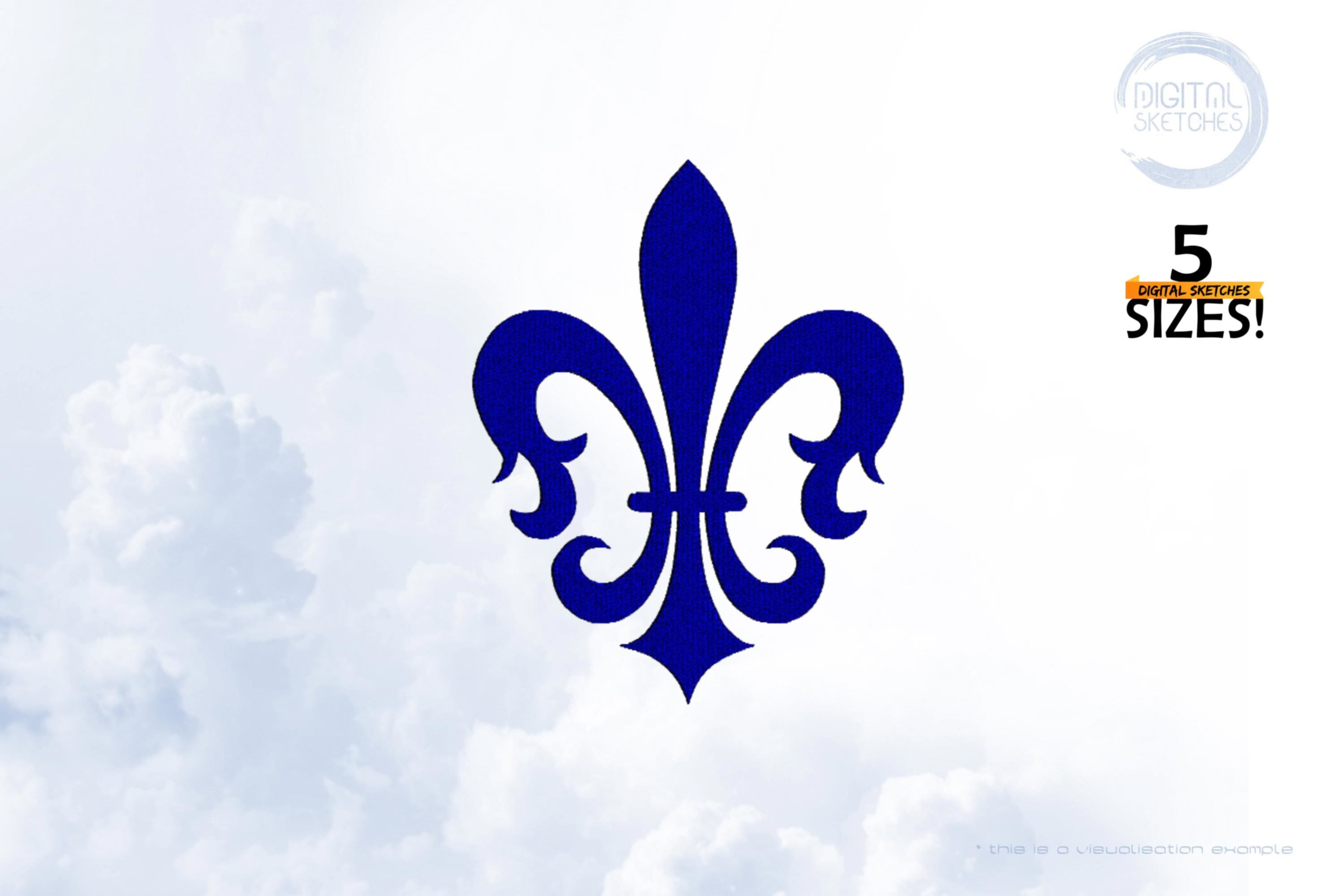 Fleur De Lis Heraldic Lily
The heraldic lily is a common figure in heraldry, consisting of three stylized leaves held together by a band. The central leaf is pointed at the top and bottom, the outer leaves droop and are bent outward at the top. The mark is a stylized iris, which is botanically only distantly related to the lily (Lilium). With the "band" usually depicted around the petals, the heraldic lily is called girdled; if it is missing, it is not girdled. Other variants of the heraldic lily have received independent names. If the lily lacks the central petal, it is called mutilated blazoned; the same term is used when only the lower part of the central petal is missing. Often the central leaf is also replaced by other symbols such as a cross or a stemmed flower and must be described. If the outer leaves are missing below the girdle, it is an Arabian lily. In French heraldry, the lily is known as Fleur-de-Lys or Fleur-de-Lis ("lily flower, lily blossom, French lily") and is in special reference to France as probably the best known symbol of the French monarchy. Product Number: E00223Product Name: Fleur De Lis This design comes with the following sizes:Size: 1.54"(w) X 1.94"(h) (39.1 X 49.2mm) Size: 2.46"(w) X 3.09"(h) (62.5 X 78.6mm) Size: 3.07"(w) X 3.87"(h) (78.1 X 98.4mm) Size: 4.32"(w) X 5.45"(h) (109.7 X 138.4mm) Size: 5.31"(w) X 6.72"(h) (135.0 X 170.6mm)The following formats are included in the file you will receive: .DST .EXP .JEF .PES .VP3 .XXX .VIP .HUSYou MUST have an embroidery machine and the software needed to transfer it from your computer to the machine to use this file. This listing is for the machine file only - not a finished item.Fleur De Lis Machine Embroidery Design, Heraldic Lily Embroidery Pattern, Lily Blooom Designs, Lily Flower Embroidery Art, DIY Project Idea, Unique Digital Supplies For Embroidery Machines
US$2.99* US$11.96* (75% saved)
% 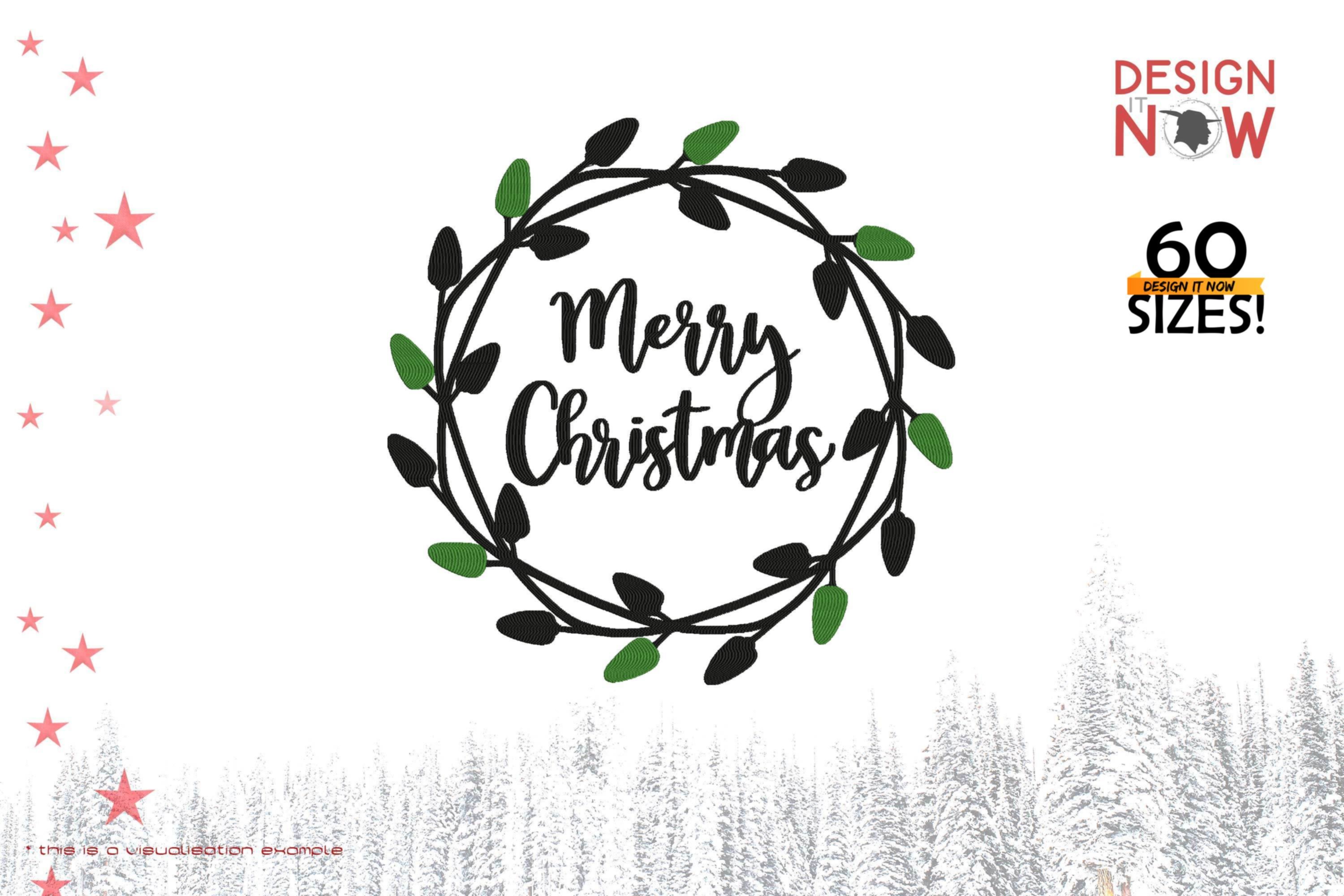 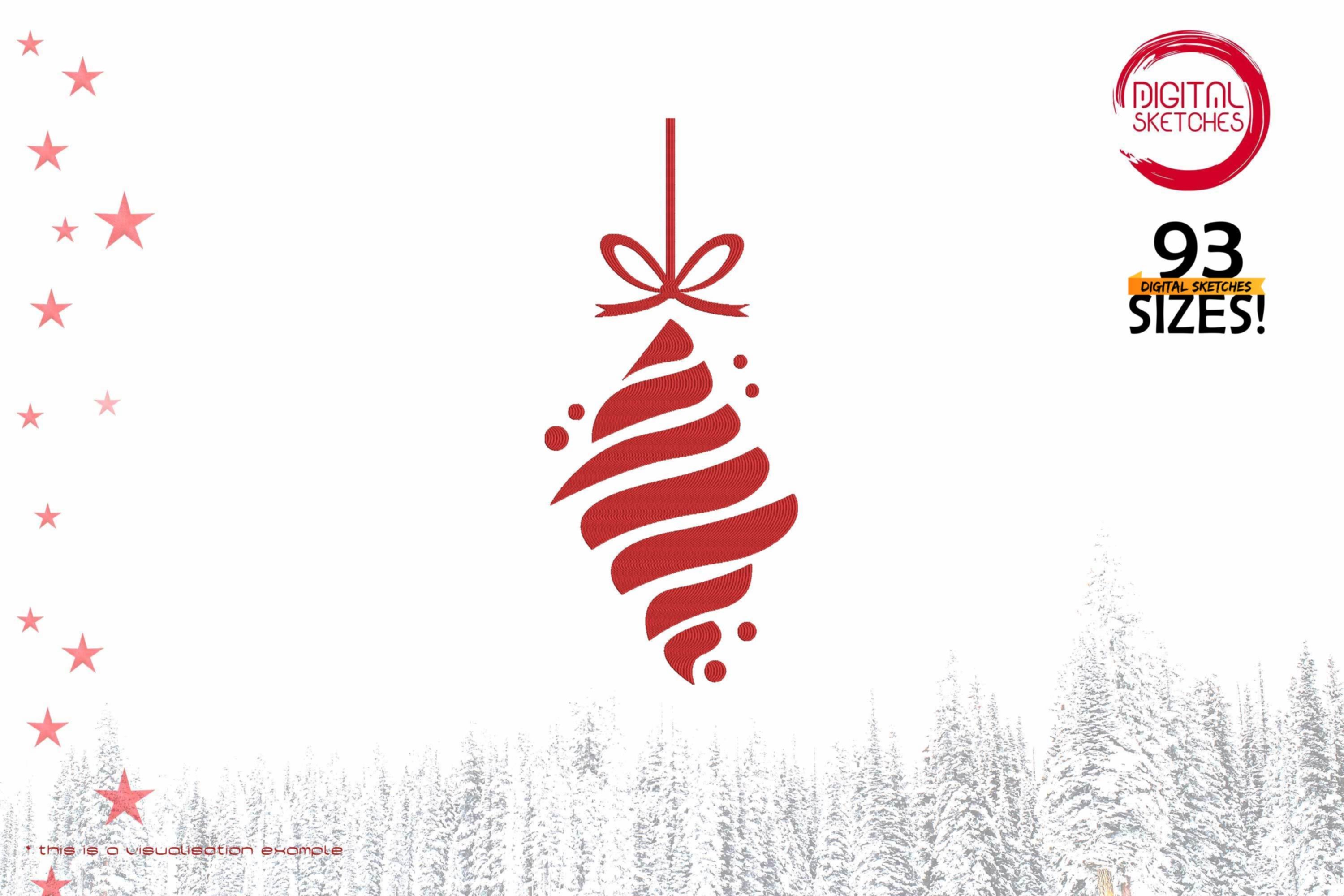 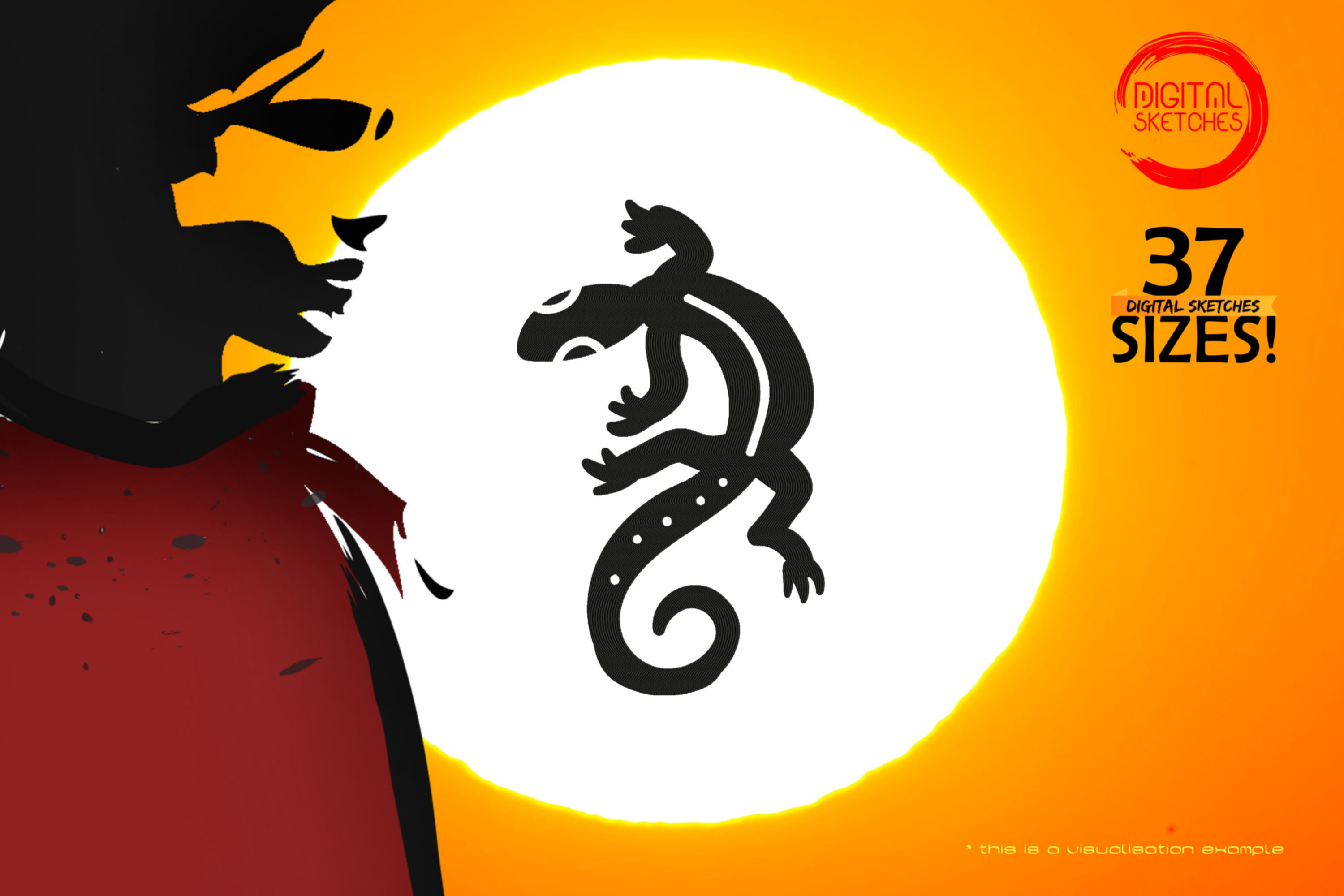 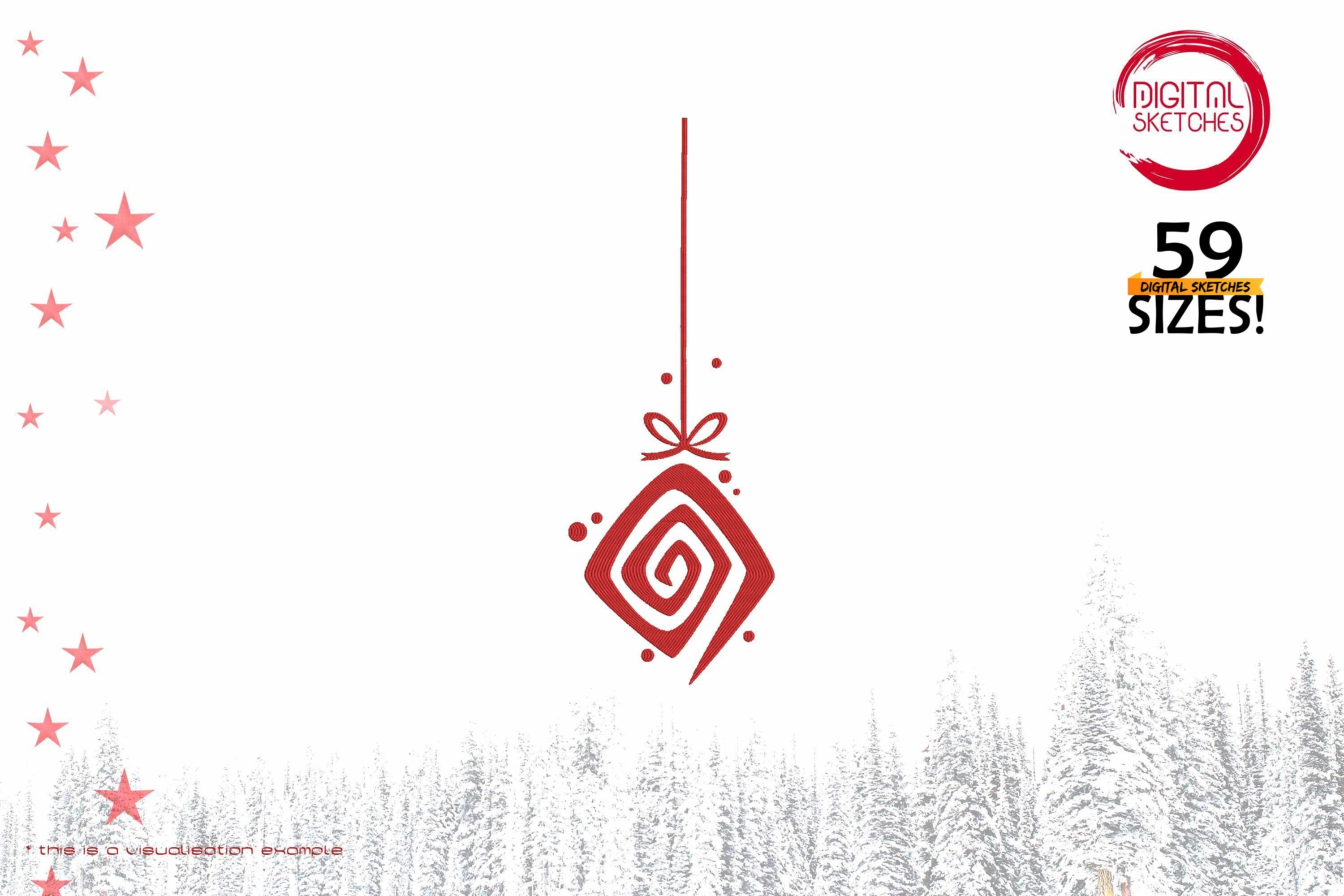 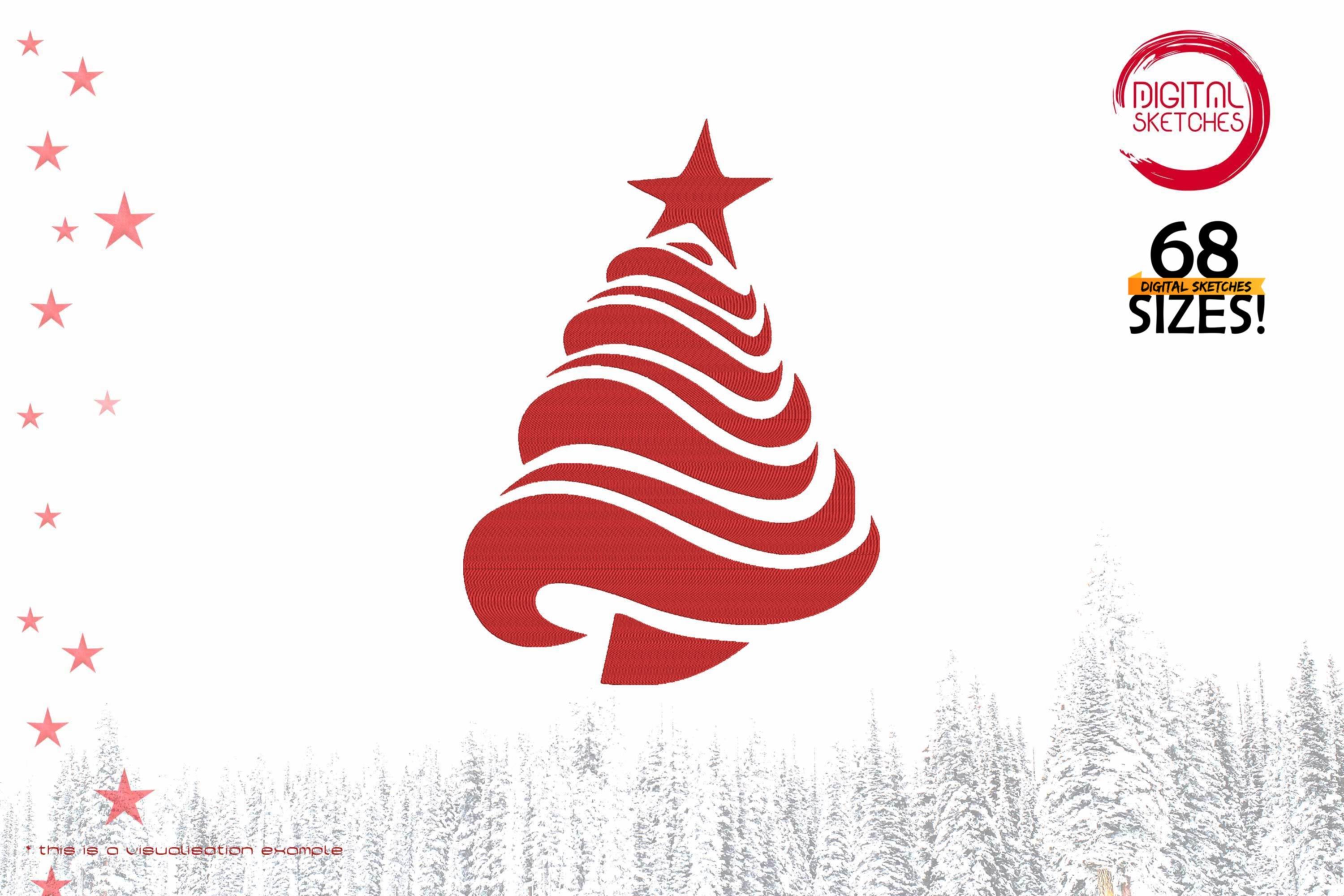 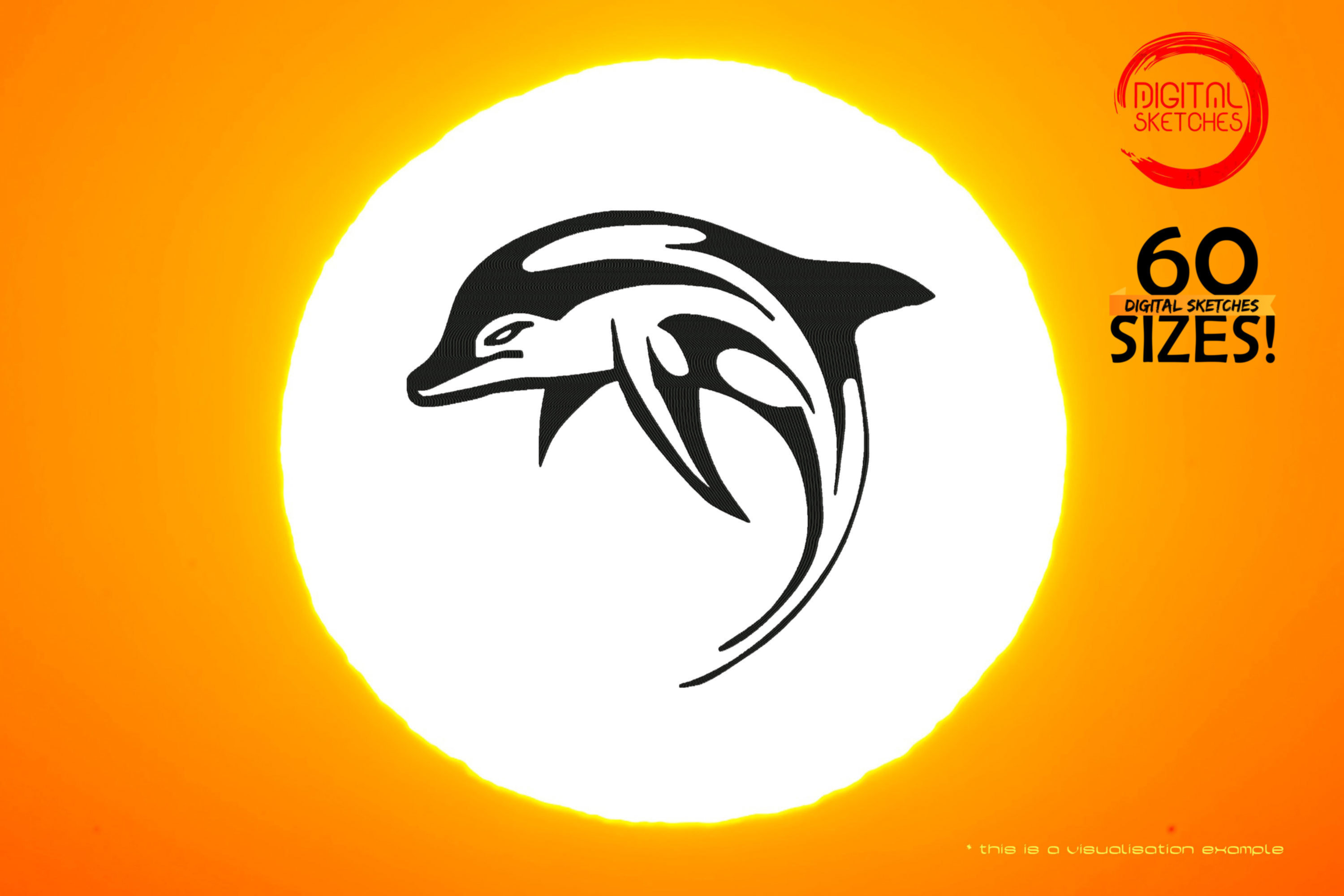 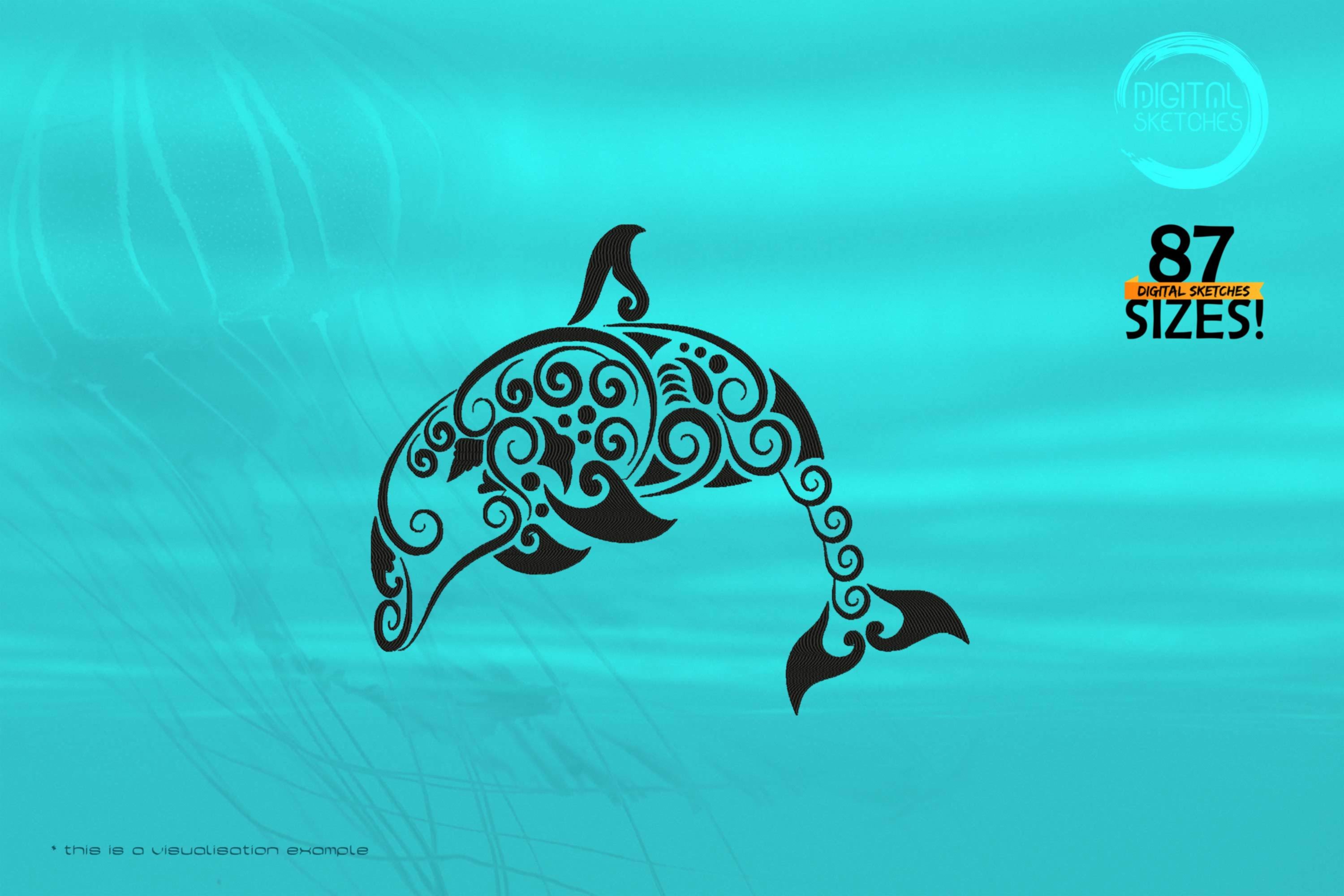 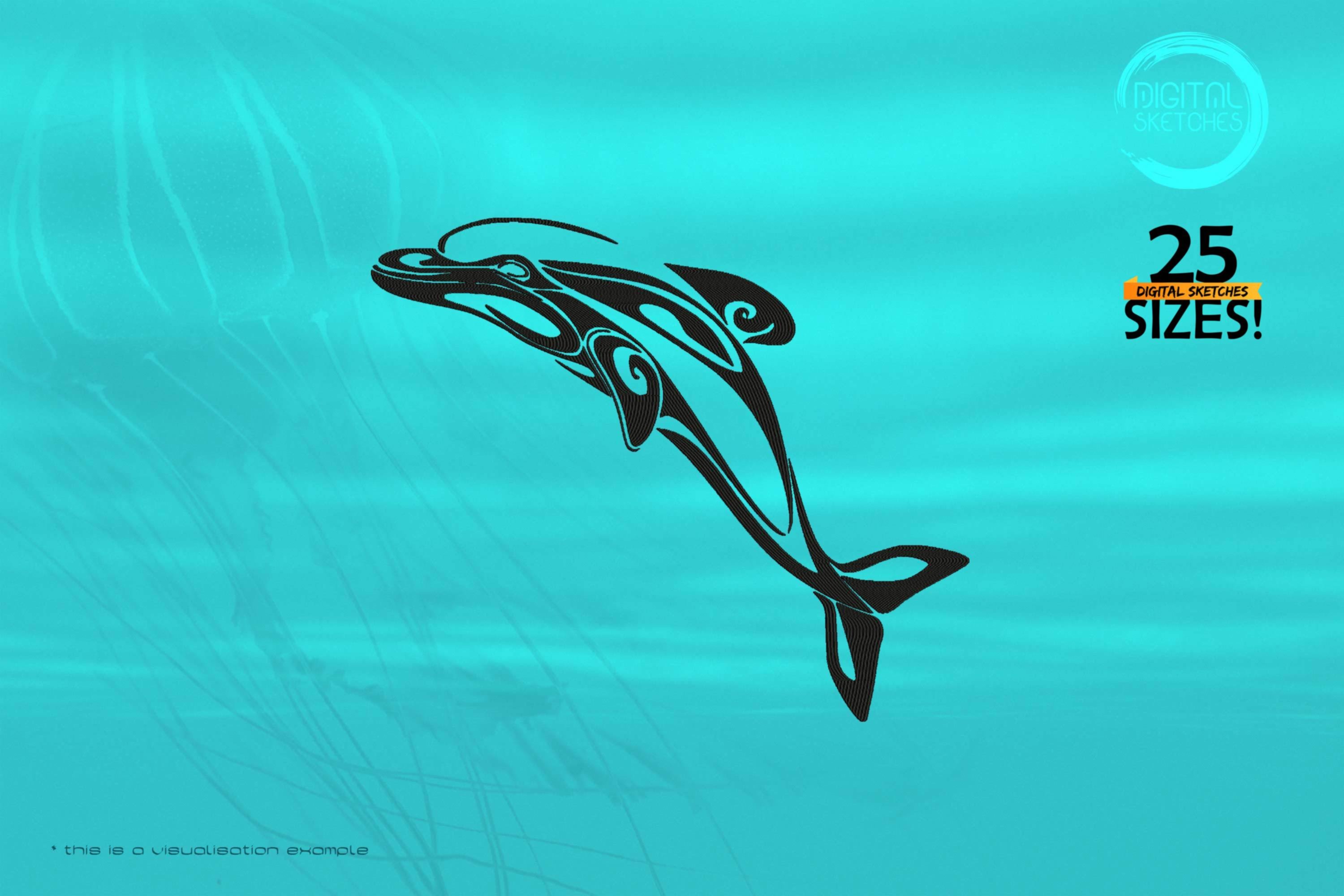 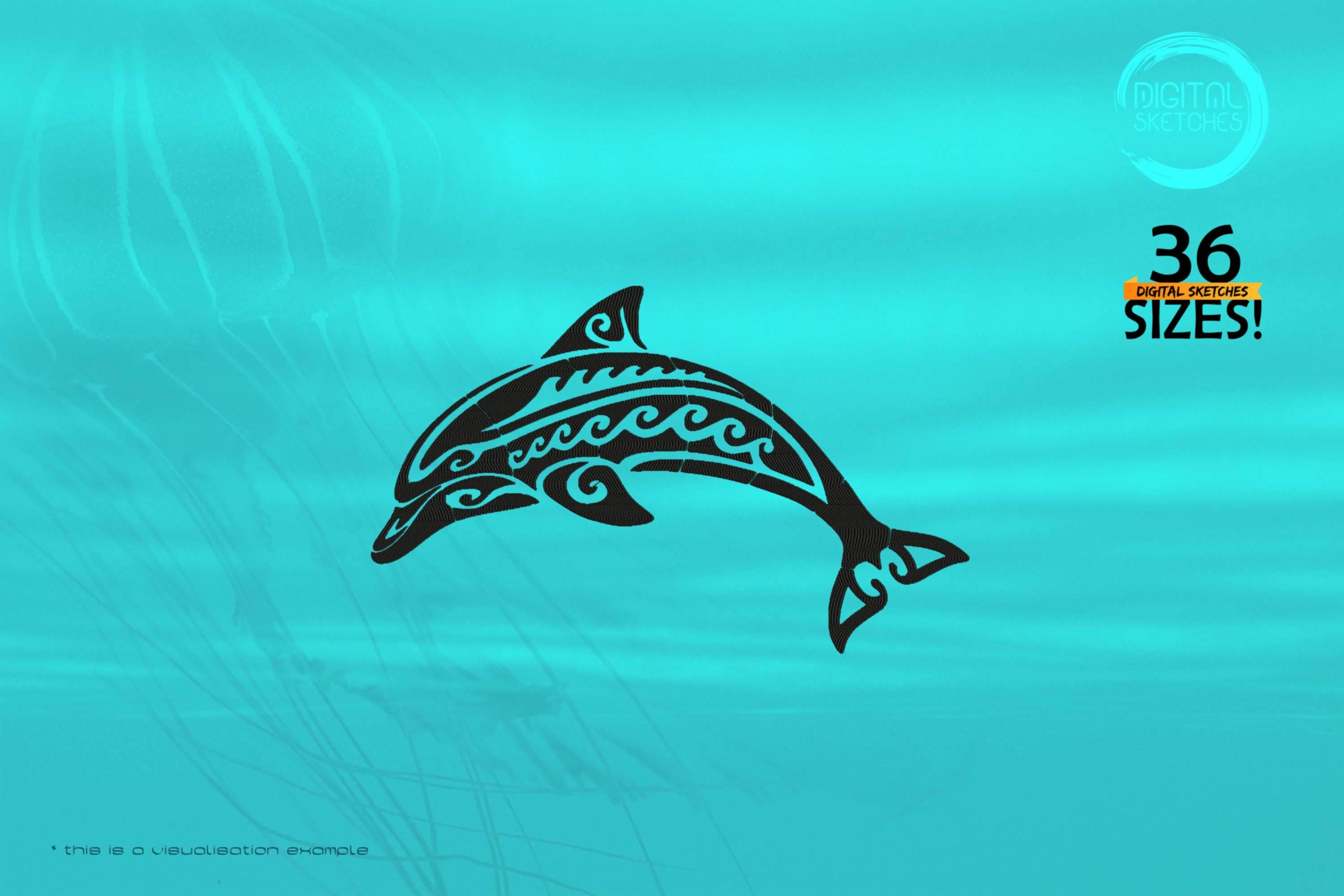