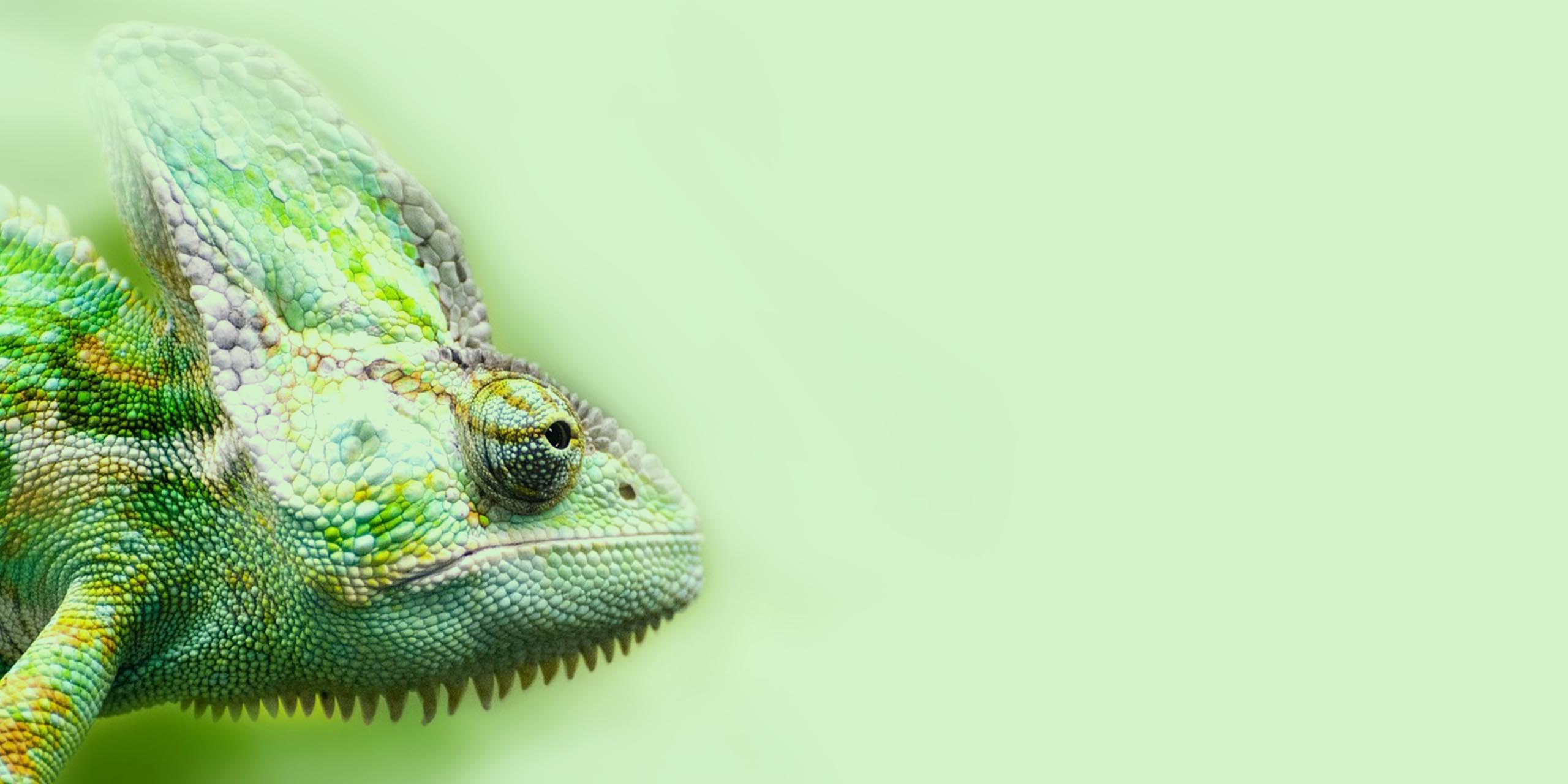 Insects (Insecta), also called notch animals or notches, are the most species-rich class of the arthropods (Arthropoda) and at the same time with absolute majority also the most species-rich class of the animals at all. Almost one million insect species have been scientifically described to date (925,000 according to Grimaldi/Engel 2005, 865,000 according to Nielsen/Mound 1997). This means that more than 60 percent of all described animal species are insects. According to various extrapolations, however, one reckons with a multiple, whereby millions of undiscovered species are still suspected, especially in the tropical rainforests. The first fossil record of insects dates back to the Devonian period, about 400 million years ago.
Reptiles or creepy-crawlies (taxon: Reptilia, lat. reptilis "creeping") are a differently defined group of tetrapods, which - depending on the systematics (class or clade) - includes different groups of amniotes. In the traditional view, the reptiles (Reptilia) are a class of vertebrates at the transition from the "lower" (Anamnia) to the "higher" vertebrates (mammals and birds). However, the modern view is that they are not a natural group as such, but a paraphyletic taxon because they do not contain all the descendants of their last common ancestor. The classical taxon Reptilia is therefore considered obsolete and is rarely used in zoological and paleontological systematics. Today, the taxon name mostly serves as an informal collective term for terrestrial vertebrates with similar morphology and physiology (see Characteristics). In this sense, 11,440 recent reptile species are currently distinguished.
Rodents (Rodentia) are an order of mammals (Mammalia). With about 2500 to 2600 species they represent about 40% of all mammal species and are therefore by far the most species-rich order of this group. At the same time, they are the group with the most new descriptions within mammals; between 2000 and 2017, at least 248 species were newly described or newly established within the order. They have a nearly worldwide distribution and have colonized a variety of different habitats. Very few rodents are widespread as cultivars or pets, but these shape the picture of the entire group. Many species, on the other hand, are poorly studied and have a very restricted range.
Filter
–
%
New 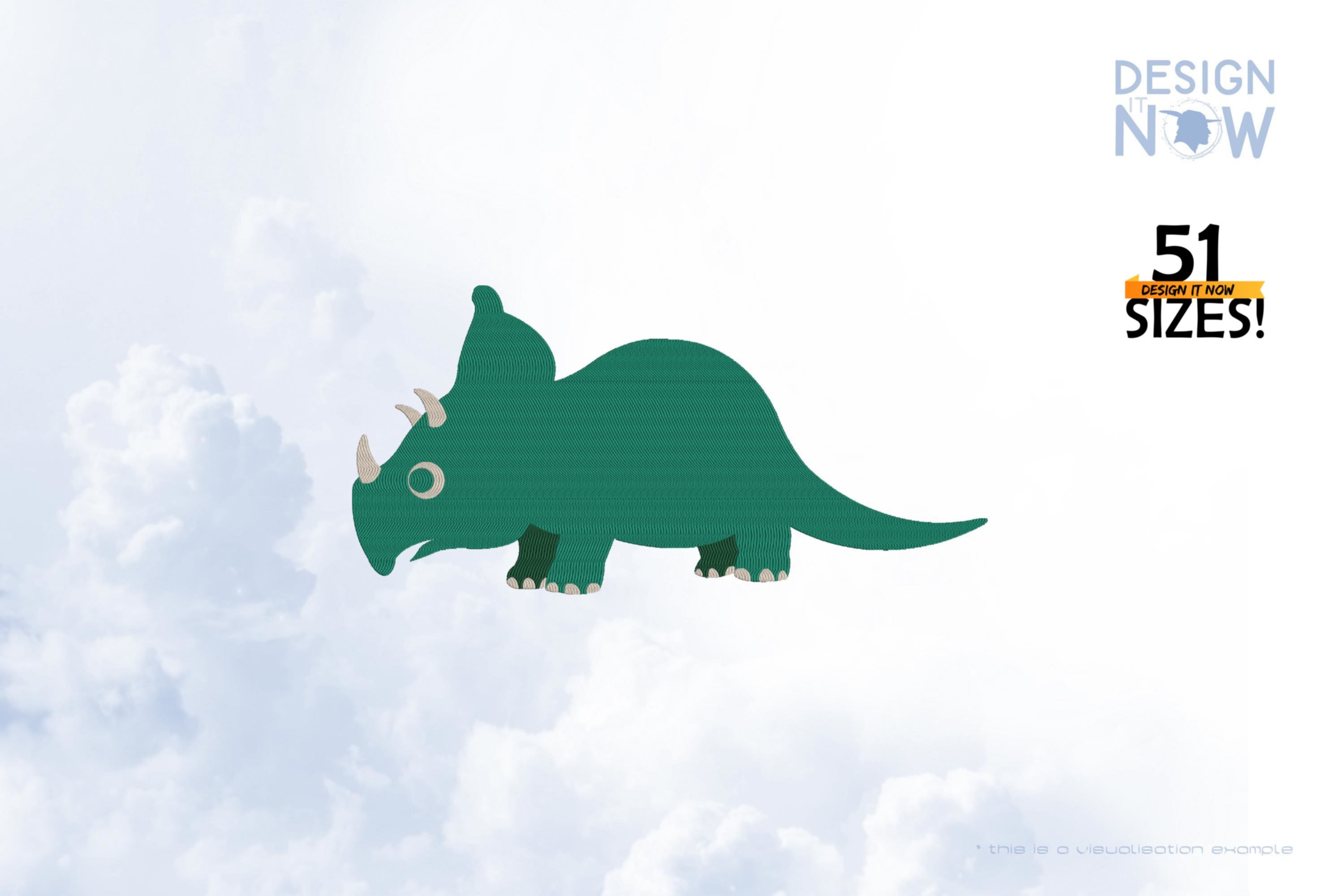 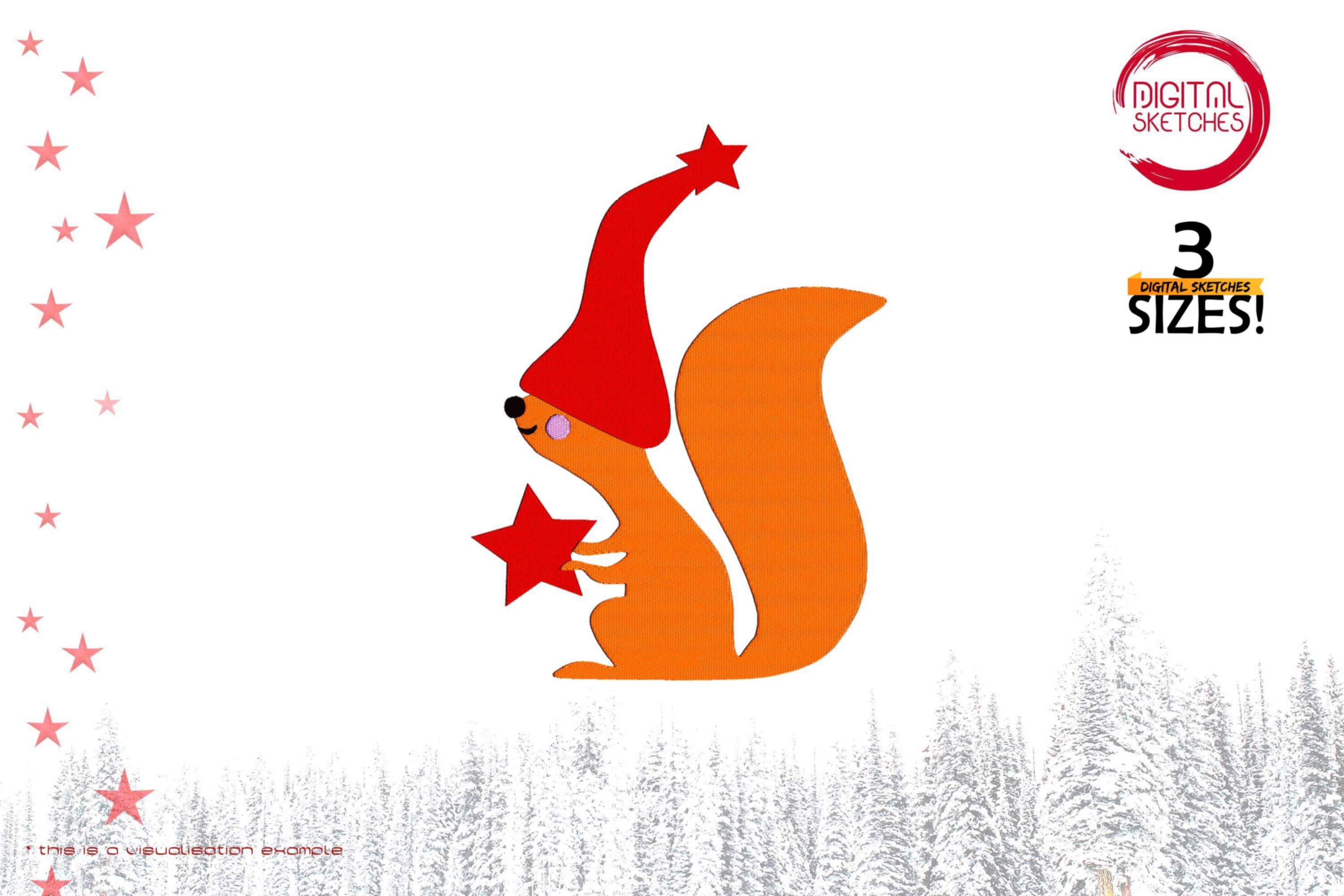 Elf Squirrel
Squirrels (Sciurus) are a genus of tree squirrels (Sciurini) within the family Sciuridae. A striking feature is the upturned bushy tail. The best known species in Central Europe is the Eurasian squirrel, commonly referred to simply as the squirrel. All squirrels are forest dwellers and feed primarily on seeds and fruits. By far the majority of species are native to the American double continent. Only 4 of the 29 species live in the Old World; they are distributed throughout Europe, the Near East, North Asia, and East Asia. Another species (gray squirrel) is naturalized as a neozoon in parts of Europe. The various species of squirrels live primarily on the American double continent, where they are found in numerous species in North America as well as Central and South America. Outside the Americas, only four species are native, of which the Eurasian squirrel (S. vulgaris) is distributed over almost the entire European continent and large portions of Asia. In contrast, the Caucasian squirrel (S. anomalus) is found only in parts of southern Europe and in the Caucasus and Near East, and the Japanese squirrel (S. lis) is restricted to Japan. No squirrel species occur naturally in Southeast Asia, nor in the Australian region or Africa. All species of squirrels are primarily diurnal. They feed primarily on nuts and other seeds, fruits, and other plant parts, and more rarely opportunistically on animal foods such as insects, eggs and chicks, and other small animals. As tree dwellers, they are very good climbers, and most species spend most of their time in the trees, only occasionally coming down to the ground to forage. They usually build their nests (Kobel or also Kogel) in the form of a spherical structure of twigs and leaves in tree hollows or branch forks.Product Number: E00104Product Name: SquirrelThis design comes with the following sizes:Size: 2.91"(w) X 3.91"(h) (74.0 X 99.2mm) Size: 4.72"(w) X 6.33"(h) (120.0 X 160.7mm) Size: 5.81"(w) X 7.79"(h) (147.7 X 197.8mm)The following formats are included in the file you will receive: .DST .EXP .JEF .PES .VP3 .XXX .VIP .HUSYou MUST have an embroidery machine and the software needed to transfer it from your computer to the machine to use this file. This listing is for the machine file only - not a finished item.Elf Squirrel Machine Embroidery Design, Tree Squirrels Embroidery Pattern, Embroidery Art, Forest Dwellers, DIY Project Idea, Original Digital Supplies For Embroidery Machines, Artsupplies For Handmade Embroidery Projects, Quality Embroidery Digitizing
US$1.10* US$4.40* (75% saved)
% 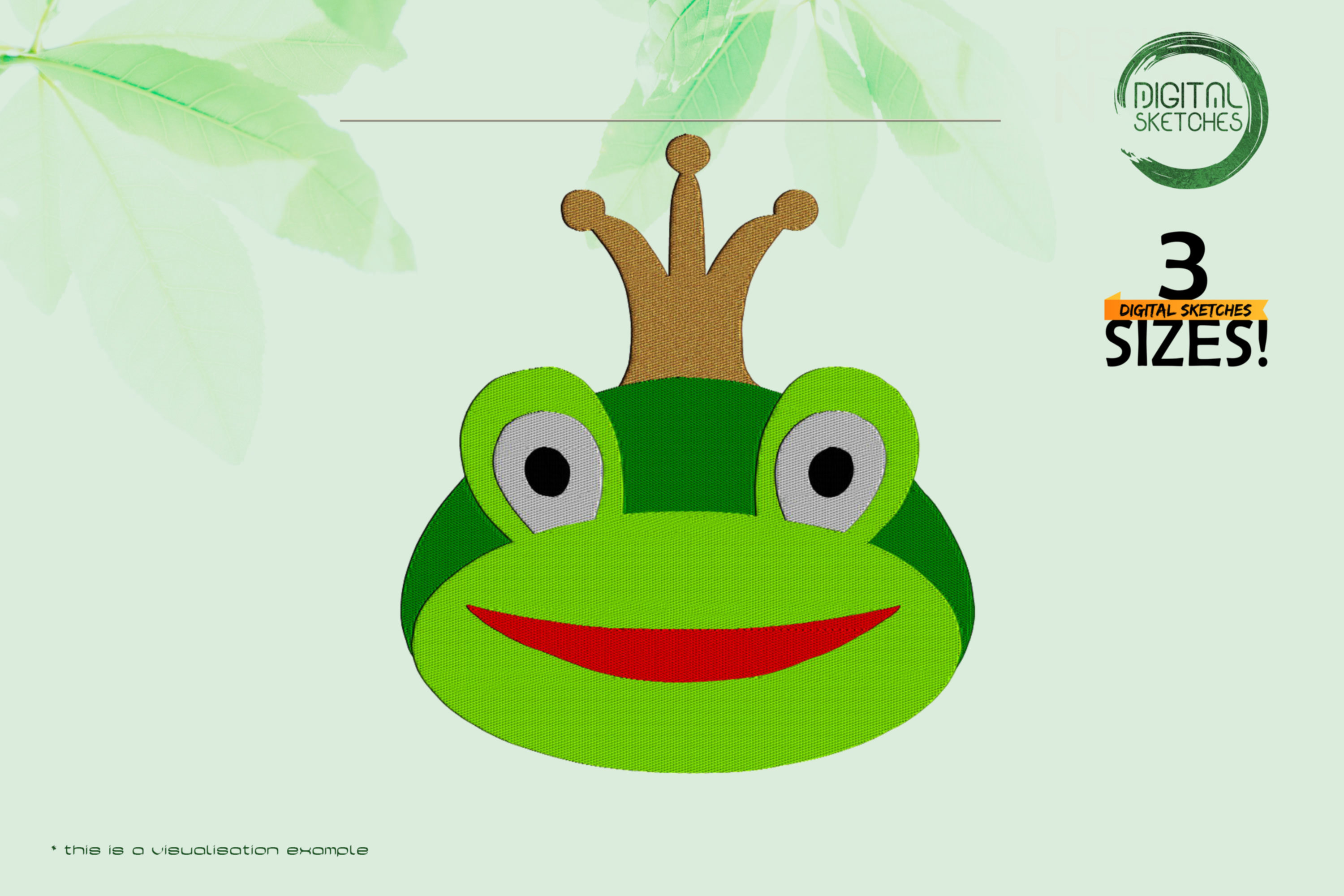 Frog Head
The frogs (Anura; also: Salientia) are by far the most species-rich of the three recent orders of the vertebrate class of amphibians. The other orders of amphibians are the caudates (Caudata, Urodela) and the creeping amphibians or blind amphibians (Gymnophiona). Most frog amphibians are called "frogs" - without any closer relationship. Frogs also include toads and toads.Frogs occur on all continents except Antarctica, and many islands from cold temperate to tropical zones. The biogeographic region of the Holarctic is comparatively species-poor; foci of species diversity are especially in the subtropics and tropics of the New World Neotropics (Central and South America) and Old World Paleotropics (Southeast Asia, sub-Saharan Africa). The phylogenetic origin of frogs and other modern amphibians (Lissamphibia) has not yet been determined with absolute certainty.Mostly it is assumed that it is to be looked for in the group of the Temnospondyli. Gerobatrachus, a subpermian temnospondyl from the family Amphibamidae, shows a mixture of frog and caudate features ("mosaic shape") and might be close to the common ancestor of frog and caudate amphibians. Czatkobatrachus from the Lower Triassic of Poland and Triadobatrachus from Madagascar already show distinct frog features. Both are counted among the Salientia, a superorder of amphibians that includes modern frogs and original fossil forms. Some of the recent frog families can be traced back to the Jurassic and Cretaceous on the basis of fossil finds.Product Number: E00142Product Name: FrogThis design comes with the following sizes:Size: 3.51"(w) X 3.91"(h) (89.2 X 99.2mm) Size: 4.91"(w) X 5.46"(h) (124.7 X 138.7mm) Size: 6.04"(w) X 6.72"(h) (153.5 X 170.7mm)The following formats are included in the file you will receive: .DST .EXP .JEF .PES .VP3 .XXX .VIP .HUSYou MUST have an embroidery machine and the software needed to transfer it from your computer to the machine to use this file. This listing is for the machine file only - not a finished item.Frog Head Crown Prince Machine Embroidery Design, Embroidery Pattern, Original Fossil Forms Designs, Animals Embroidery Art, DIY Project Idea, Unique Digital Supplies For Embroidery Machines
US$1.10* US$4.40* (75% saved)
% 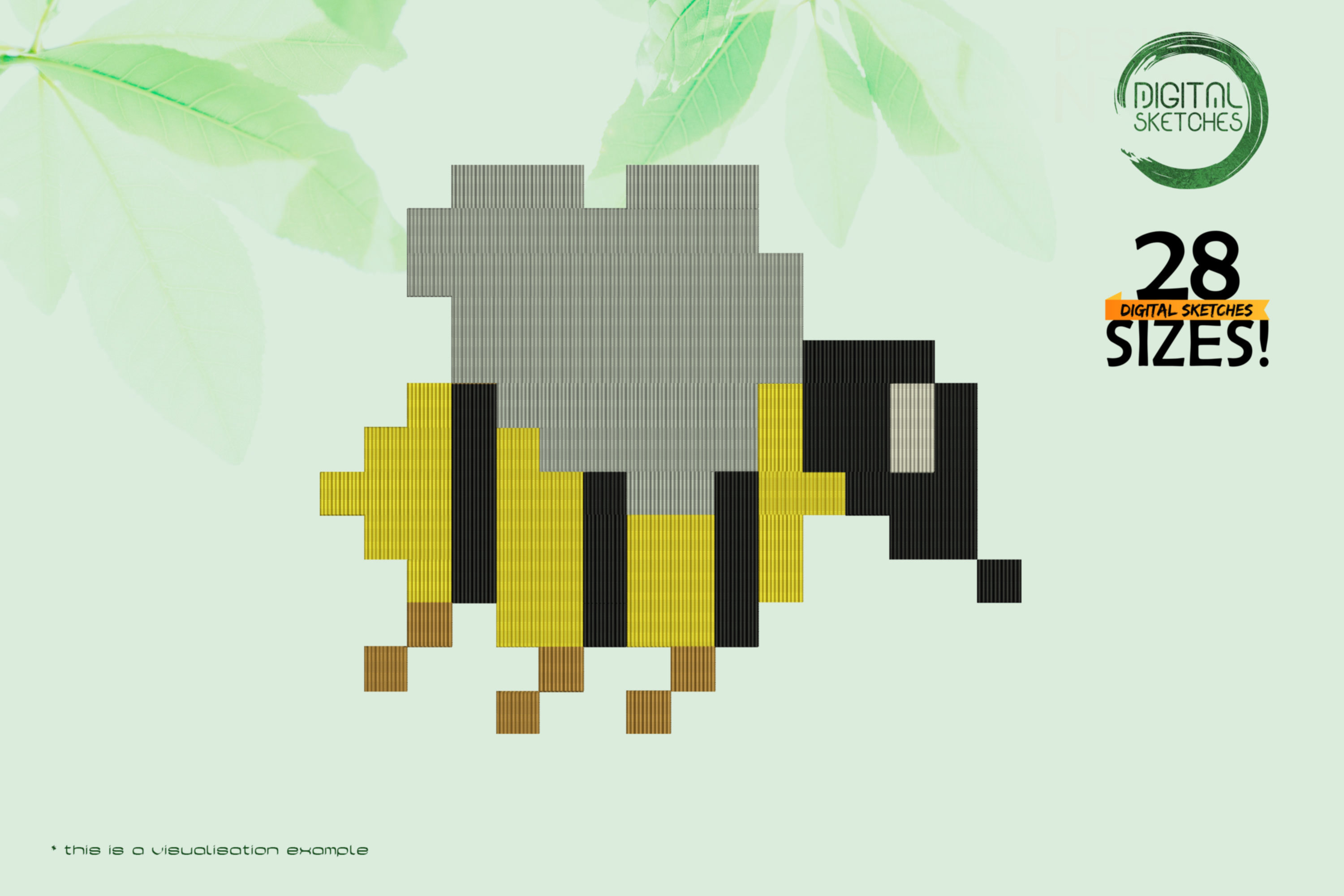 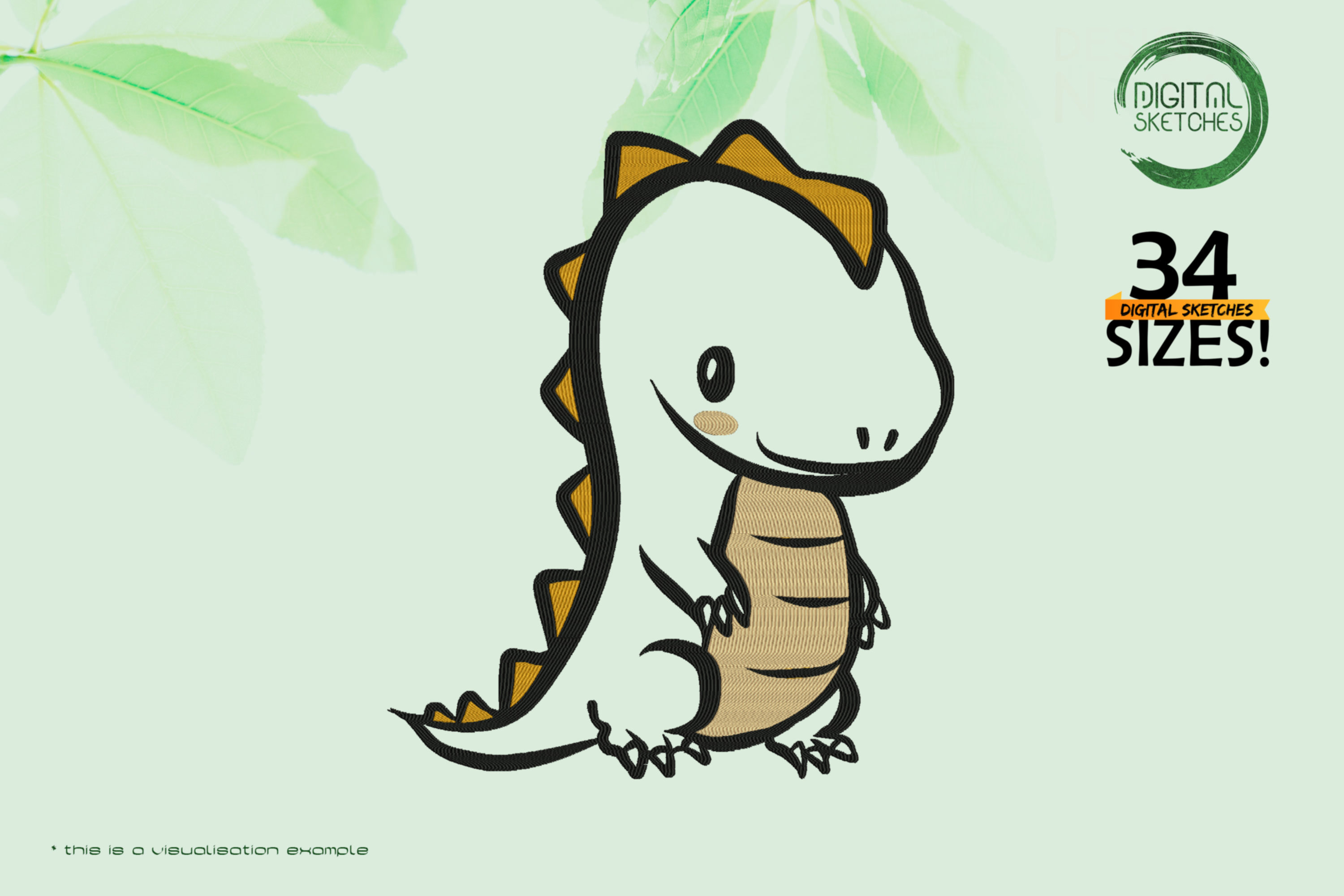 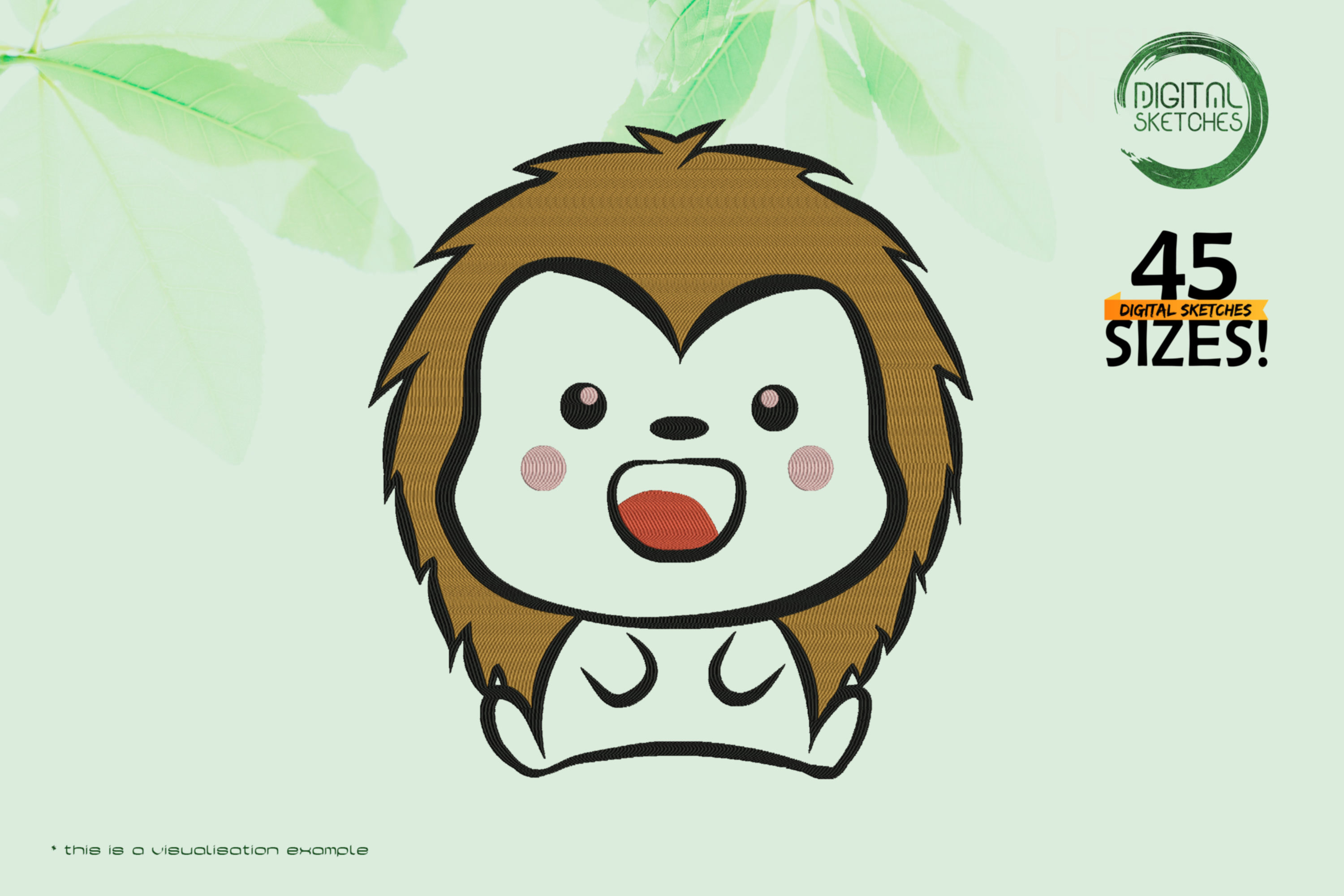 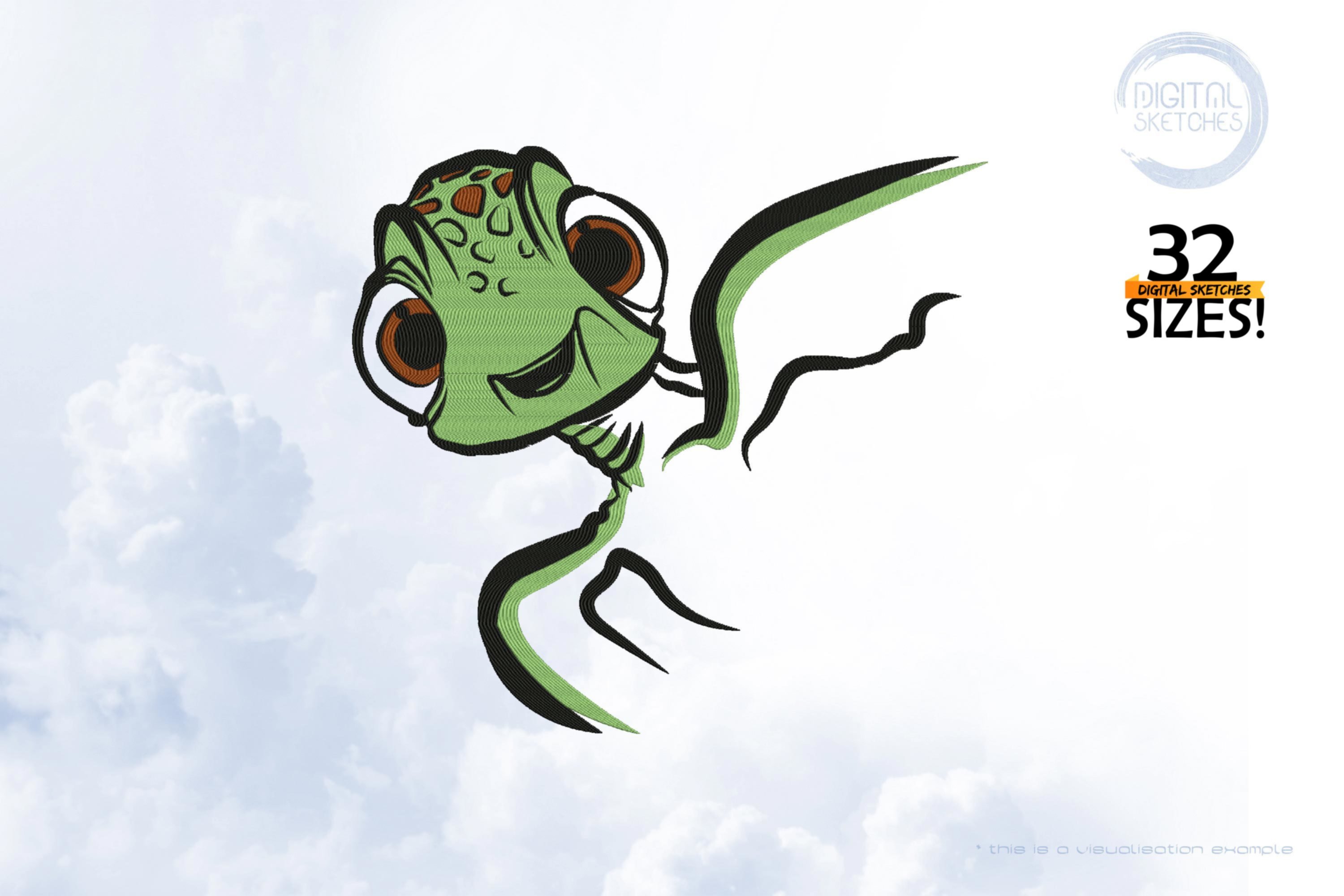 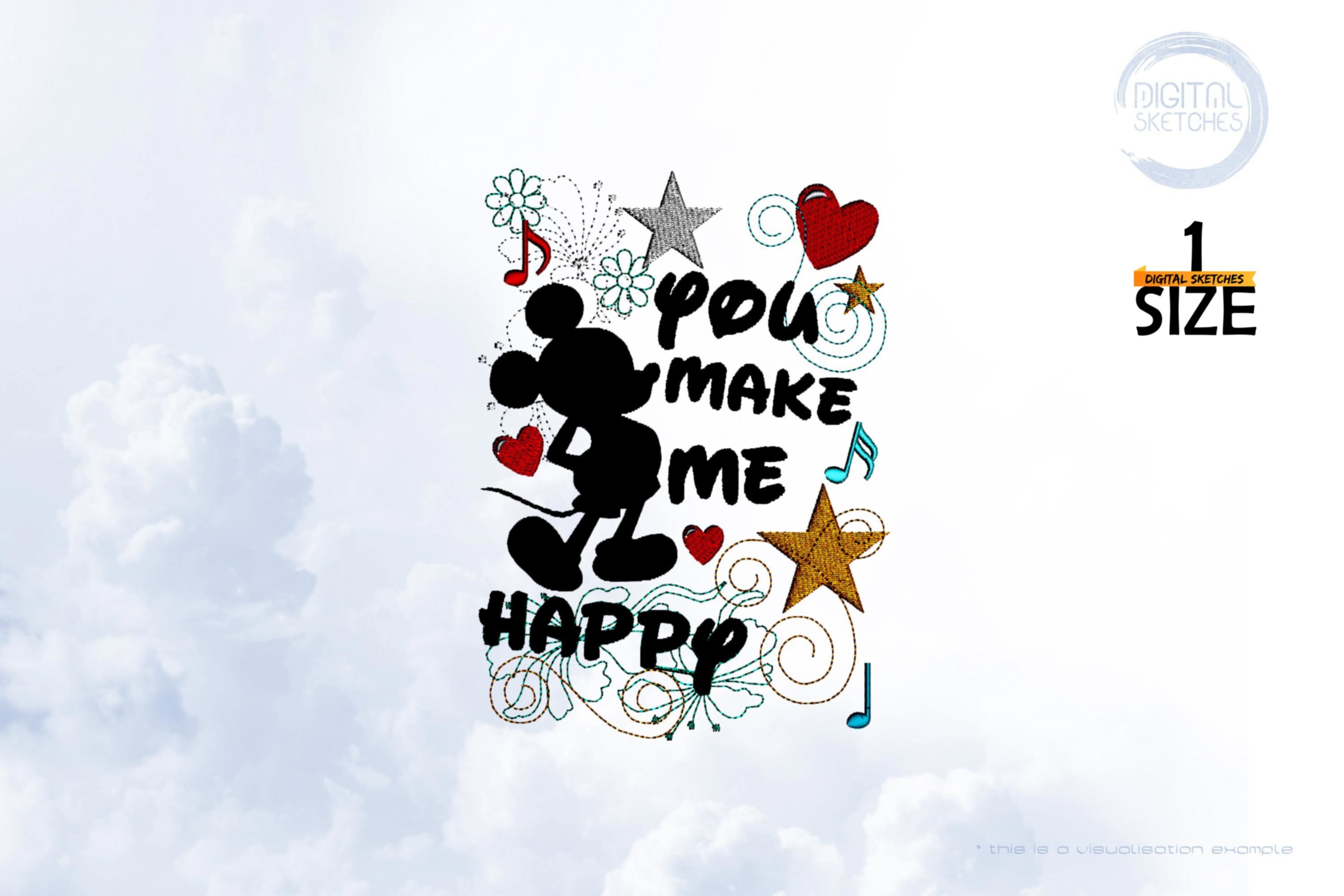 Saying Mouse Cartoon Animals Characters
The mouse (Mus) is a rodent genus from the group of Old World mice (Murinae). The genus comprises just under 40 species, of which the house mouse is the best known and most widespread. Most of the other species live in Africa and in South and Southeast Asia. Mouse length ranges from 4.5 to 12.5 centimetres, with a tail of 3 to 11 centimetres. The weight, as far as is known, is between 12 and 35 grams. The coat is soft, rough or spiky, depending on the species, its colouration ranges from light grey to various shades of grey and brown to blackish brown on the upper side, the underside is lighter. The tail appears hairless but is covered with fine hairs. The original range apparently included Africa, southern Europe and large parts of southern and south-eastern Asia. In the wake of humans, the house mouse has gained a worldwide distribution and is the only species to also live in America and Australia. Mice occur in a variety of habitats, including forests, savannas, grasslands and rocky areas. However, some species have become so specialised in their role as cultural predators that they are usually found near human dwellings. In addition to the house mouse, this is true for the African dwarf mouse, and to a limited extent also for the rice field mouse and the dunnock. The wild species are predominantly nocturnal, whereas the cultivated species can be active at any time of the day or night. They are mainly ground dwellers, but can climb well and - at least in the case of the house mouse - also swim. Their resting places are crevices in rocks, burrows they have dug themselves or man-made shelters. Mice feed on a variety of plant materials, such as seeds, roots, leaves and stems. Some species also eat insects and other small animals when available. The culture-following species eat any available human food.Product Number: E00386Product Name: You make me happyThis design comes with the following sizes:Size: 5.01"(w) X 6.97"(h) (127.3 X 177.0mm)The following formats are included in the file you will receive: .DST .EXP .JEF .PES .VP3 .XXX .VIP .HUSYou MUST have an embroidery machine and the software needed to transfer it from your computer to the machine to use this file. This listing is for the machine file only - not a finished item.Saying Mouse Machine Embroidery Design, Mouse Mice Embroidery Pattern, Rodent Genus Designs, Small Animals Embroidery Art, DIY Project Idea, Unique Digital Supplies For Embroidery Machines
US$1.10* US$4.40* (75% saved)
% 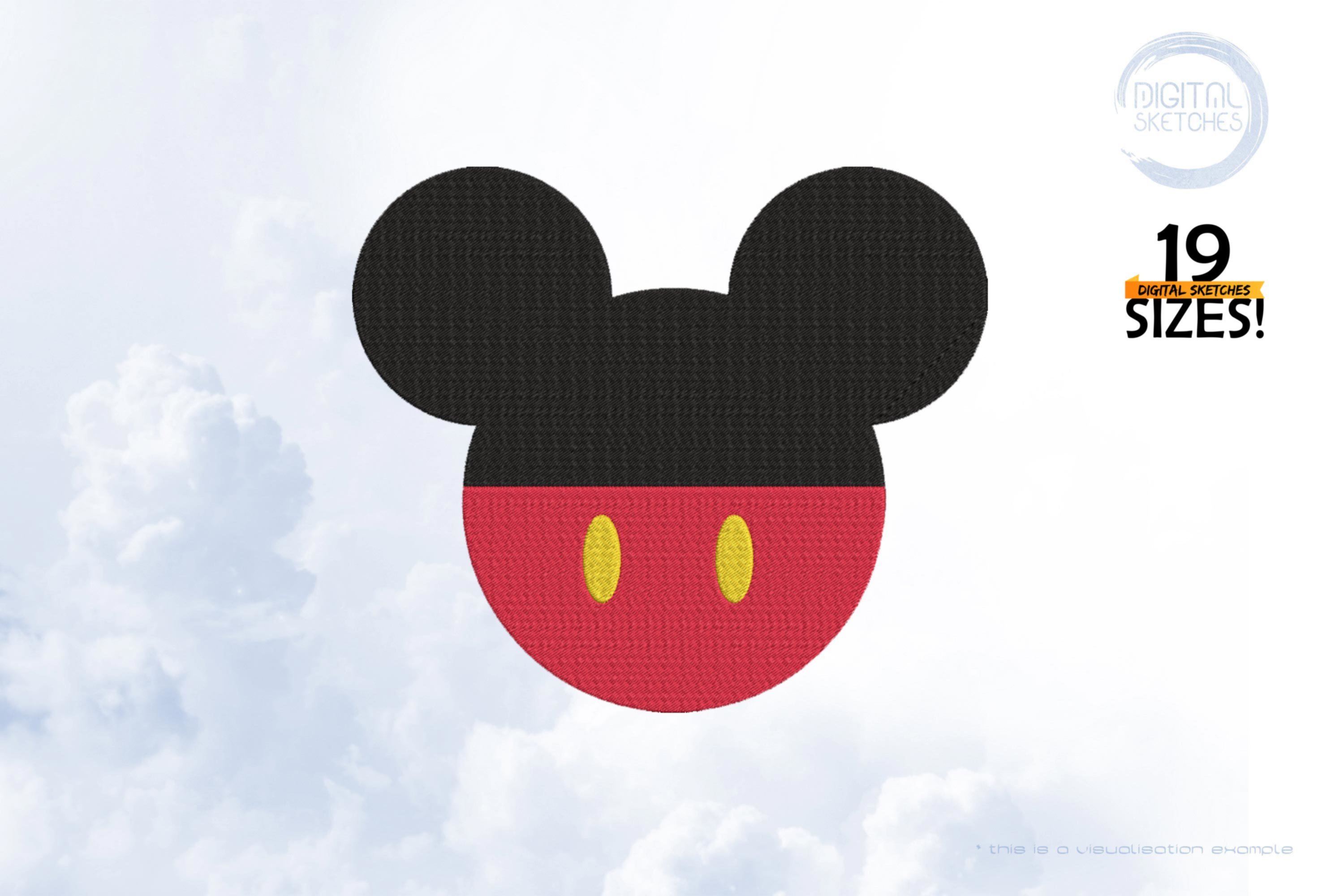 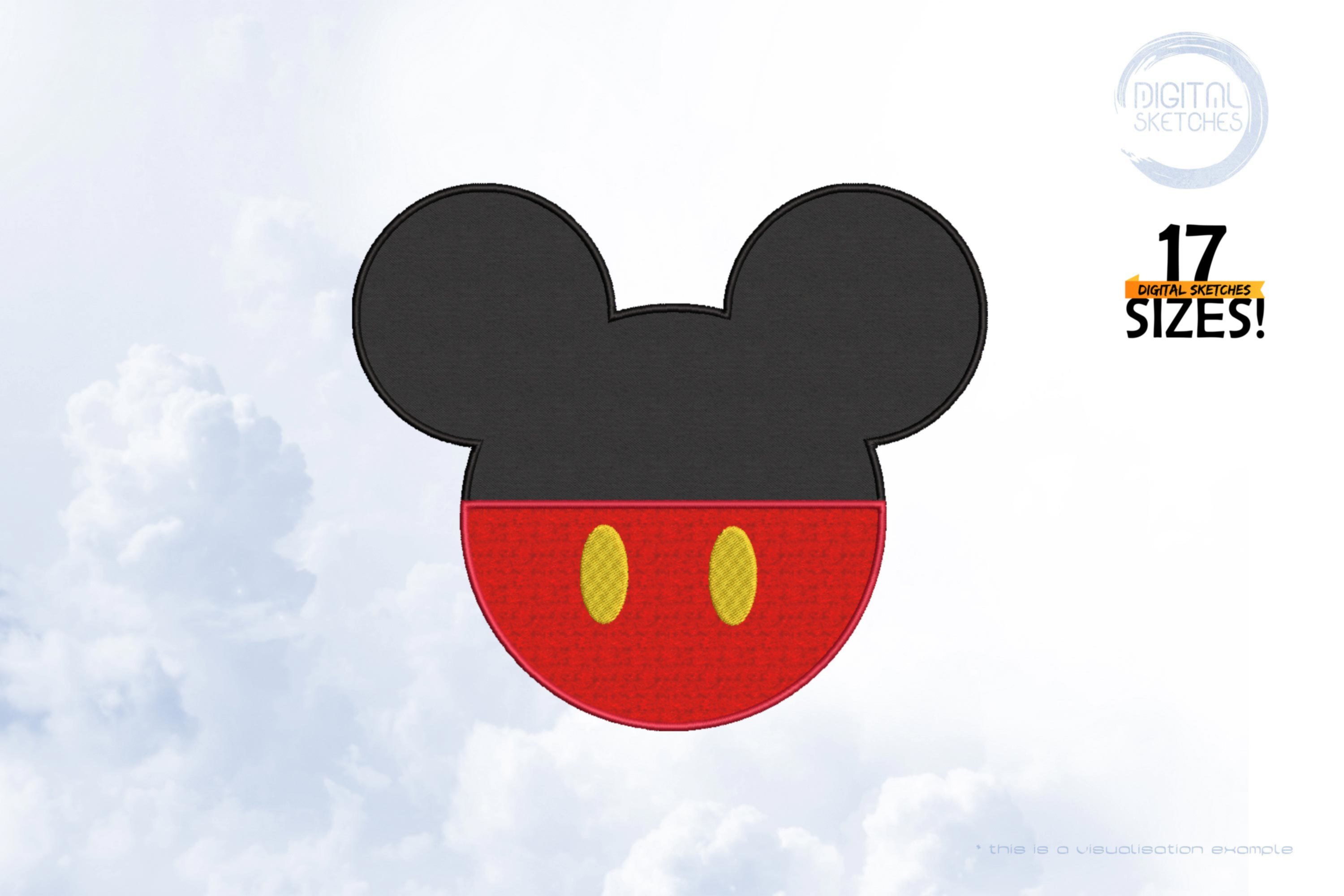 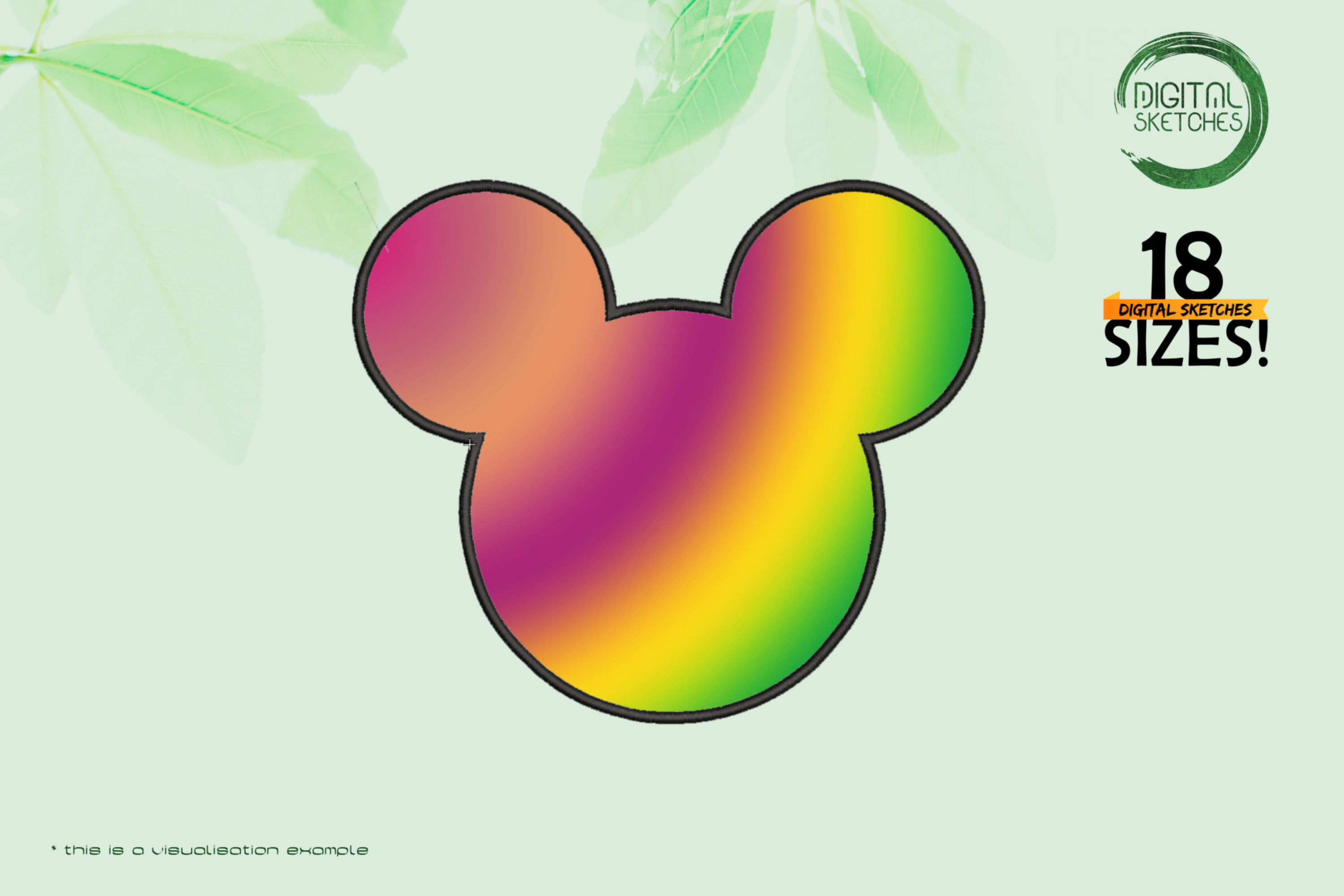 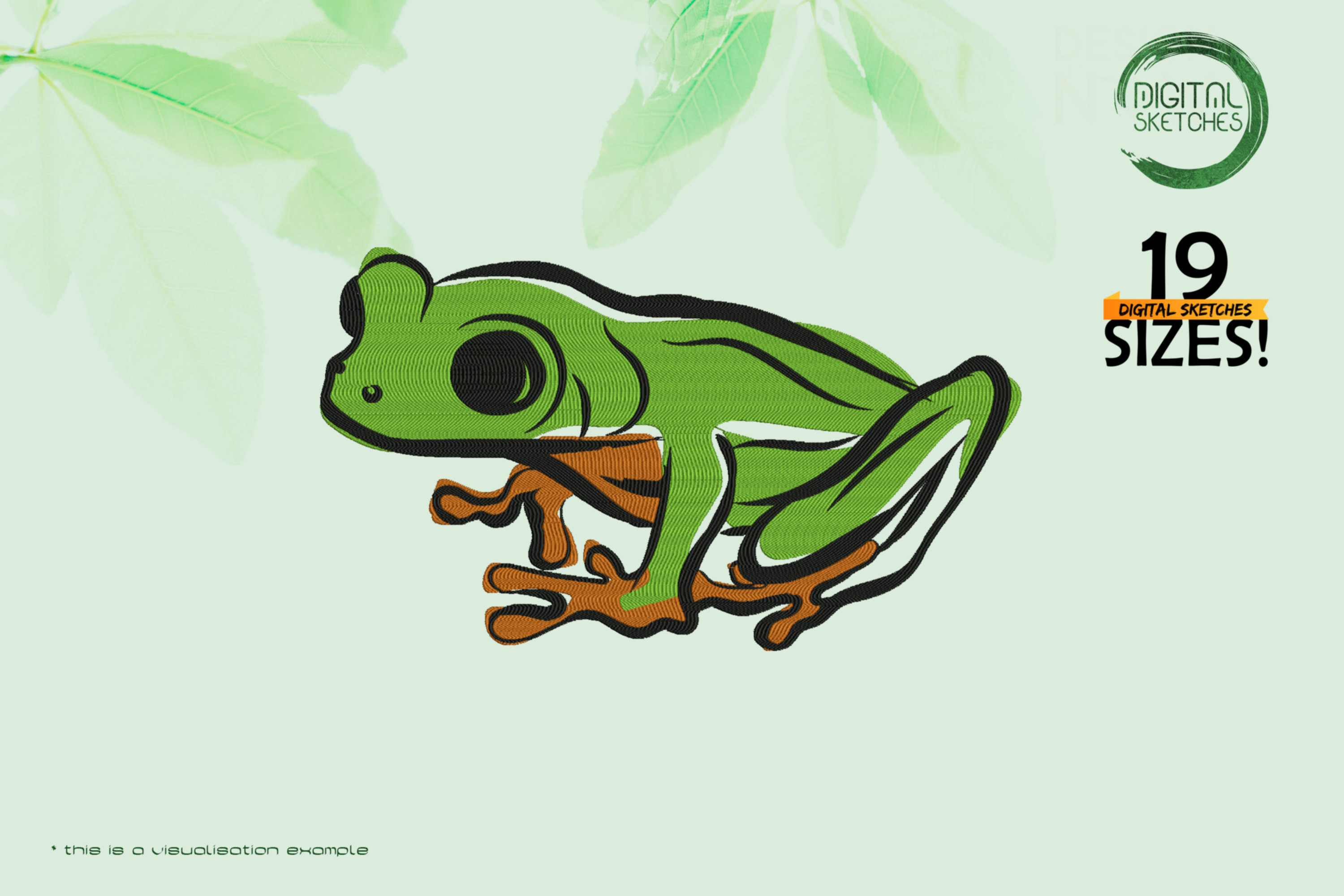