Show all categories Dog Back 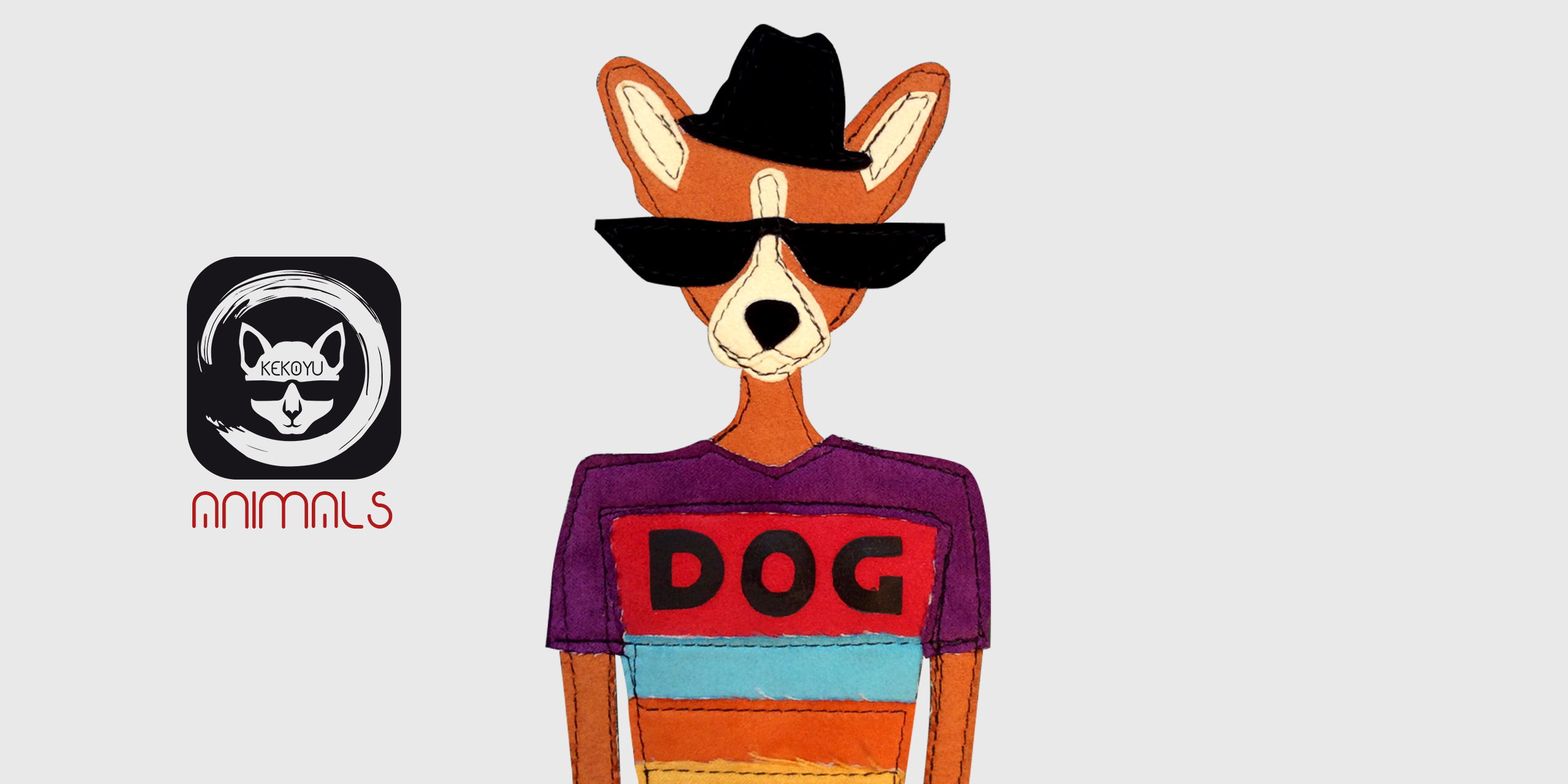 THE WORLD OF ANIMAL FRIENDS
The domestic dog (Canis lupus familiaris) is a domestic animal and is kept as a pet and farm animal. Its wild ancestral form is the wolf, to which it is assigned as a subspecies.
When domestication occurred is disputed; scientific estimates vary from about 15,000 BCE to 100,000 years ago. In a narrower sense, a domestic dog is one that is kept predominantly indoors, and thus denotes a type of husbandry. Historically, a dog kept to guard the house was called a domestic dog.
Another use of the term is to restrict it to socialized (domestic) dogs, that is, dogs that are accustomed to and adapted to living with people in human society. This differentiates the domestic dog from wild, feral, or stray dogs, which are also domesticated but not socialized. The dingo is also a domestic dog, but is provisionally listed as an independent subspecies of the wolf. The common Germanic. Pet name *hunða- (mhd., ahd. hunt) goes back to idg. k̑úu̯ō(n), gen. k̑unós "dog" and is thus related to synonymous Latin canis.
Filter
–
% 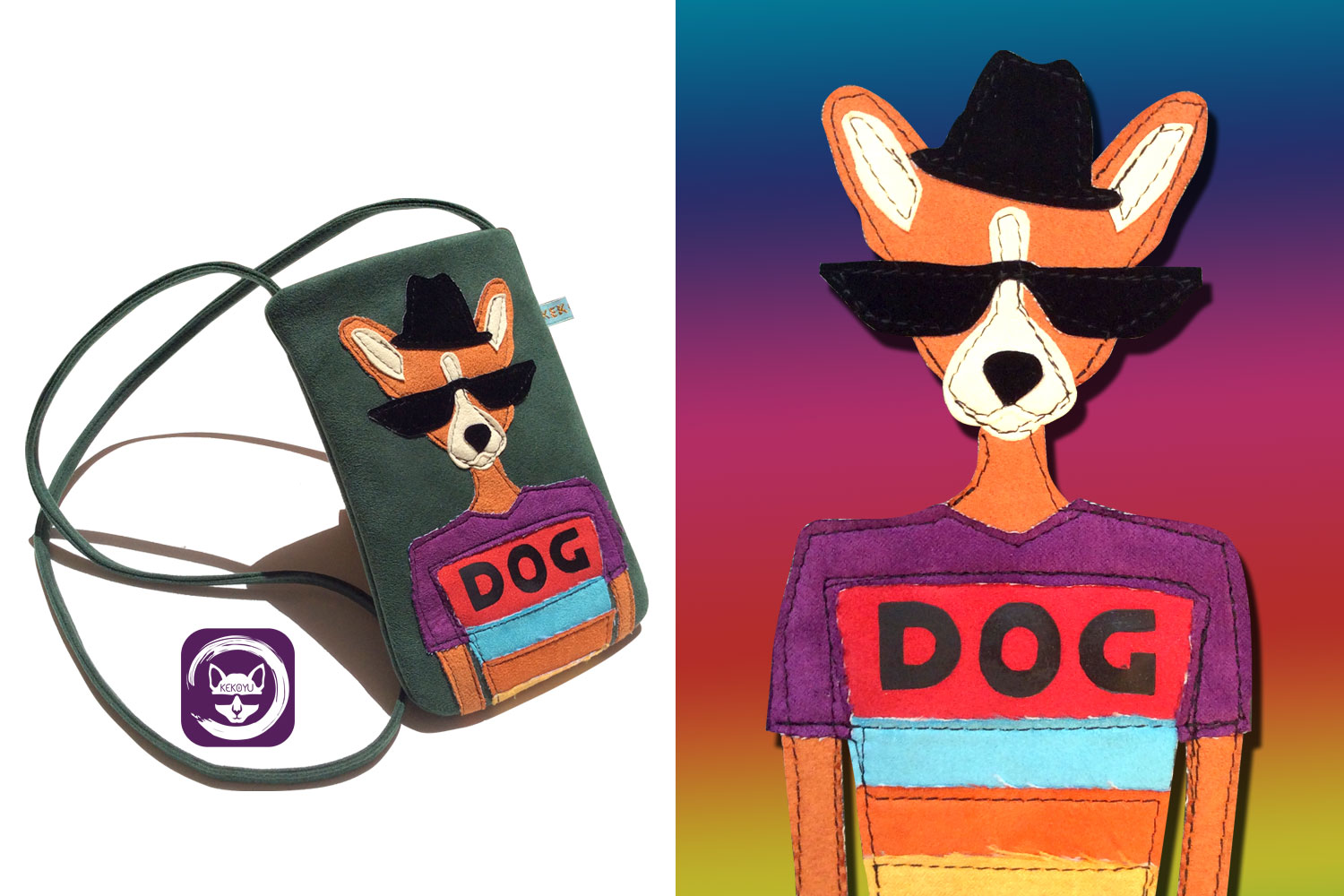 Mr Dog Phone Crossbody
Crossbody bags these are bags with a long strap or belt so that the strap can be worn over one shoulder. There are two carrying variants: In the first variant, the strap runs from one shoulder diagonally across the chest and back, so that the actual bag is worn on the other side of the body or in the area of the diagonal in the chest or back.In the other variation of carrying a shoulder bag, the strap runs vertically parallel to one side of the body, so that the actual bag then usually dangles relatively loosely at about hip level (or higher or lower, depending on the strap length). Sports bags and travel bags are often offered as shoulder bags, but so are handbags and cotton shopping bags. Fanny packs are sometimes worn as shoulder bags instead of fanny packs.PRODUCT: Made To Order Handmade ItemPRODUCT NUMBER: T00013ANIMAL FRIEND: DogMAGICAL TASK: The dog is a faithful, sincere companion and shows how one can bring the lightness into life with endurance.The Dog  is small crossbody bag made of soft velour fabric. The shape is minimalist. The Dog bag is lined and padded on the inside. The corners are rounded. On the front is the Dog administered by a elaborate freehand embroidery process. The loose embroidery style emphasizes the originality of this work and makes it a unique piece of textile illustration. A bag, a friend with you can be anywhere on the go.MATERIALS: Velour Fabric, Cotton, PESDIMENSIONS: Total length: about max. 64 cm / Bag without handle: about 11.5 cm x 18.3 cmPLEASE NOTE: The pictures shown functions as an example. The item is made to order a unique specimen handmade. Due to the unique handmade nature, slight deviations can occur and are expressions of and signs for the uniqueness of the item and underline the originality.Mr Dog With Sunglasses And Hat Phone Crossbody Bag For Women, Kekoyu Animal Friends Collection, Crossbody Purse, Cross Body Handbag, Ladies Cross Body Bag, Small Crossbody Wallet Purse, Crossbody Cell Phone Purse, Shoulder Phone Crossbody Pouch, Cross Bags For Women, Mini Crossbody Bag, Phone Bag, Casual Crossbody Bag, Unique Handcrafted Manufacture PieceCONNECT WITH NATURE SPIRIT The World Of Animal Friends
US$69.99* US$279.96* (75% saved)
This website uses cookies to ensure the best experience possible. More information...