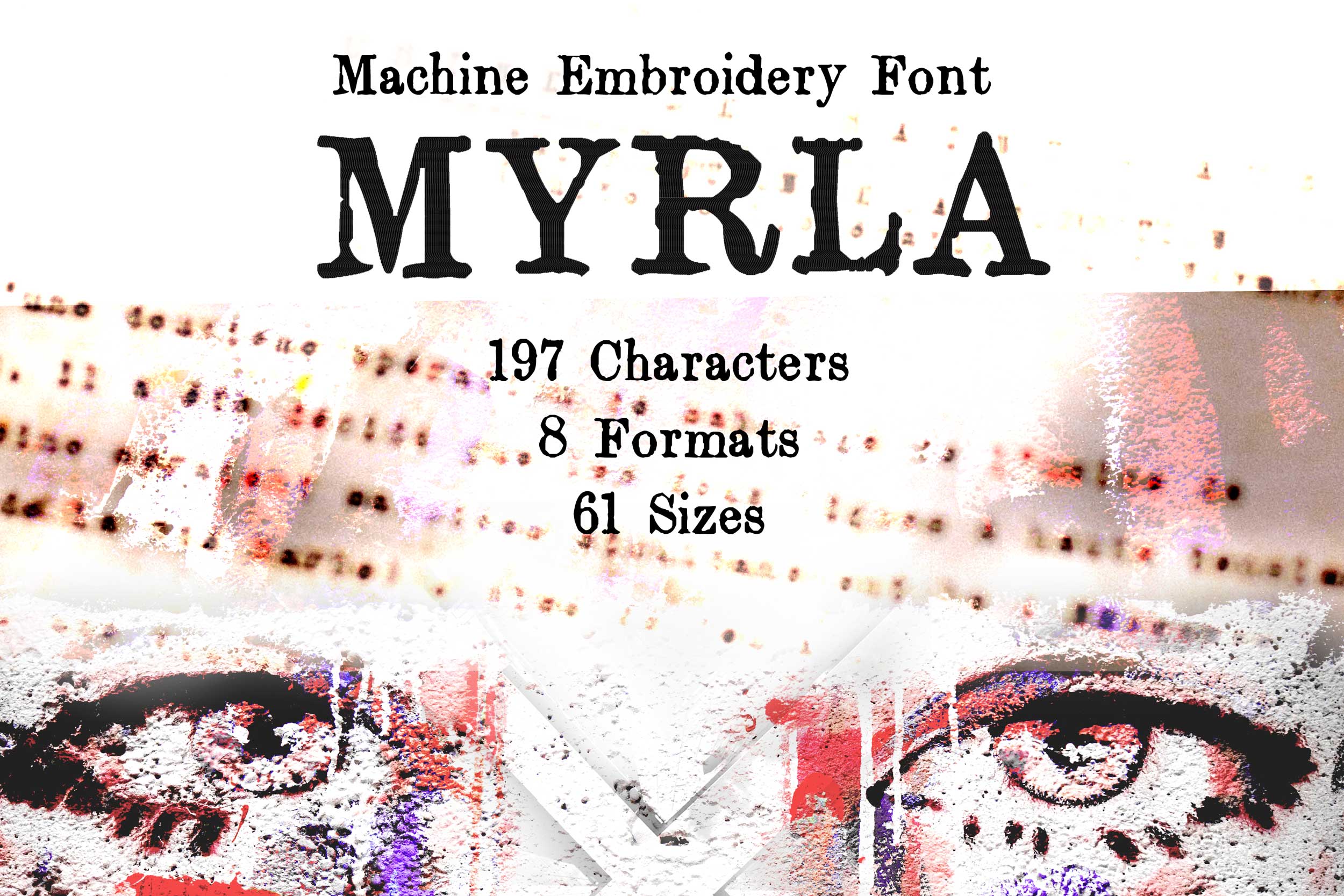 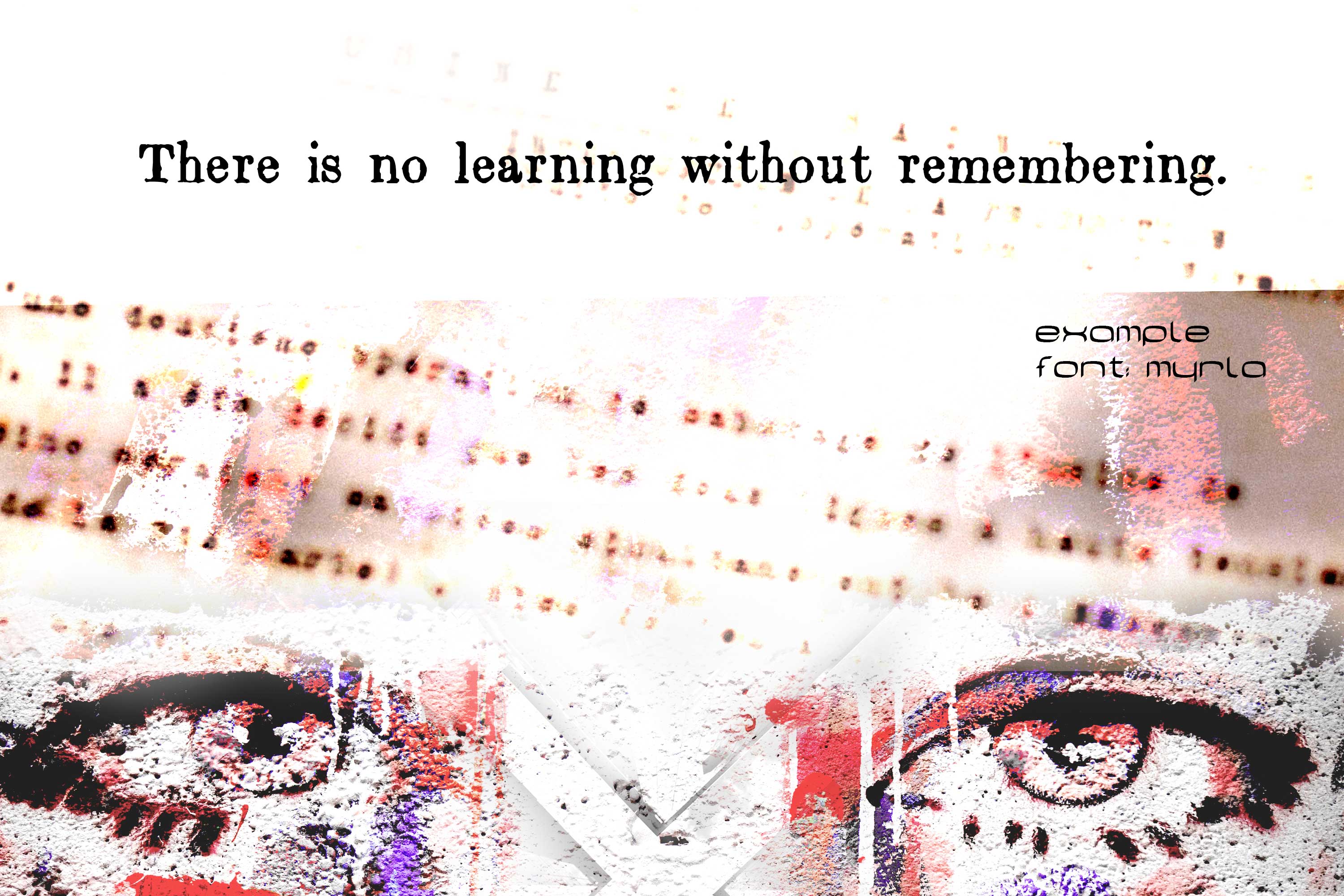 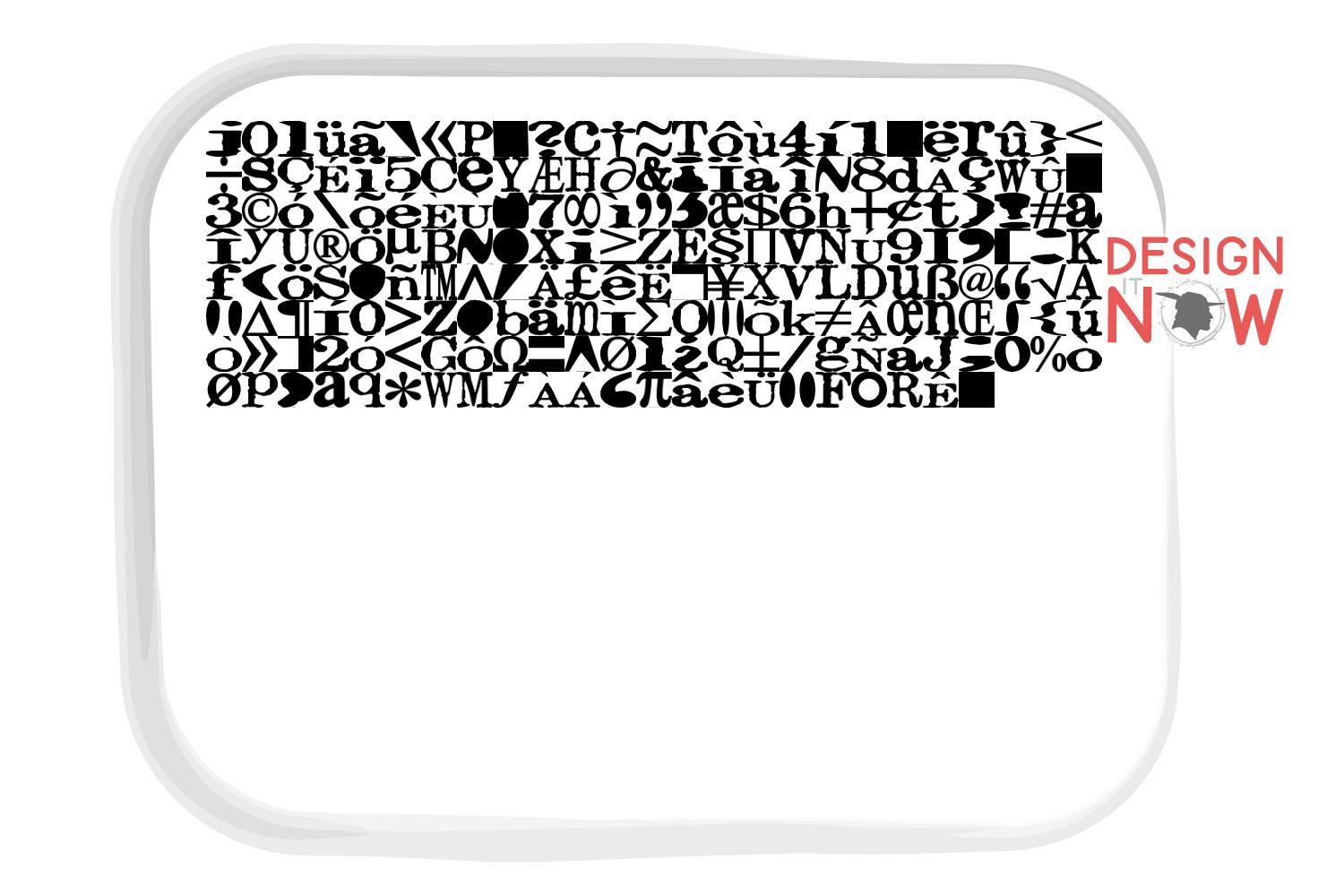 Product number: F00160
Product information "Myrla Typewriter Style Font"
A typewriter is a manually or electromechanically driven device used to write text with print types and to display it mainly on paper. A keyboard is primarily used to select and print the characters. Some early models, however, did not have the usual keypad, but a pointer used to select the letter or digit on a scale before striking only one key. In its late form as a "typewriter", the typewriter is a forerunner of the computer, whose keyboard layout largely corresponds to that of the typewriter and in which many functions known from typewriting are adopted for modern word processing.

The form of typefaces in general, and that of typesetting in particular, is characterized by two different modes of access: Reading and seeing (in the sense of looking). These are due to the "double character of writing." Writing is both abstract (semantic level) and sensuously concrete (semiotic level). In routine reading, attention is focused on the abstract side of writing. Records in alphabetical writing are not deciphered letter by letter, but word and line outlines are grasped holistically by means of eye jumps (saccades). In the process, details of the form of the written image escape attention, recede into the background, and are not registered or are invisible.
Product Number: F00160
Product Name: Myrla
This design comes with the following sizes:
The following formats are included in the file you will receive: .DST .EXP .JEF .PES .VP3 .XXX .PEC .U01
You MUST have an embroidery machine and the software needed to transfer it from your computer to the machine to use this file. This listing is for the machine file only - not a finished item.
Myrla Typewriter Style Font, Typewriter Letter Machine Embroidery Font Design, Embroidery Pattern, Font Design, Downloadable Fonts, Alphabet Design, Typography Design, Typeface, Letter Style, Unique Digital Supplies For Embroidery Machines