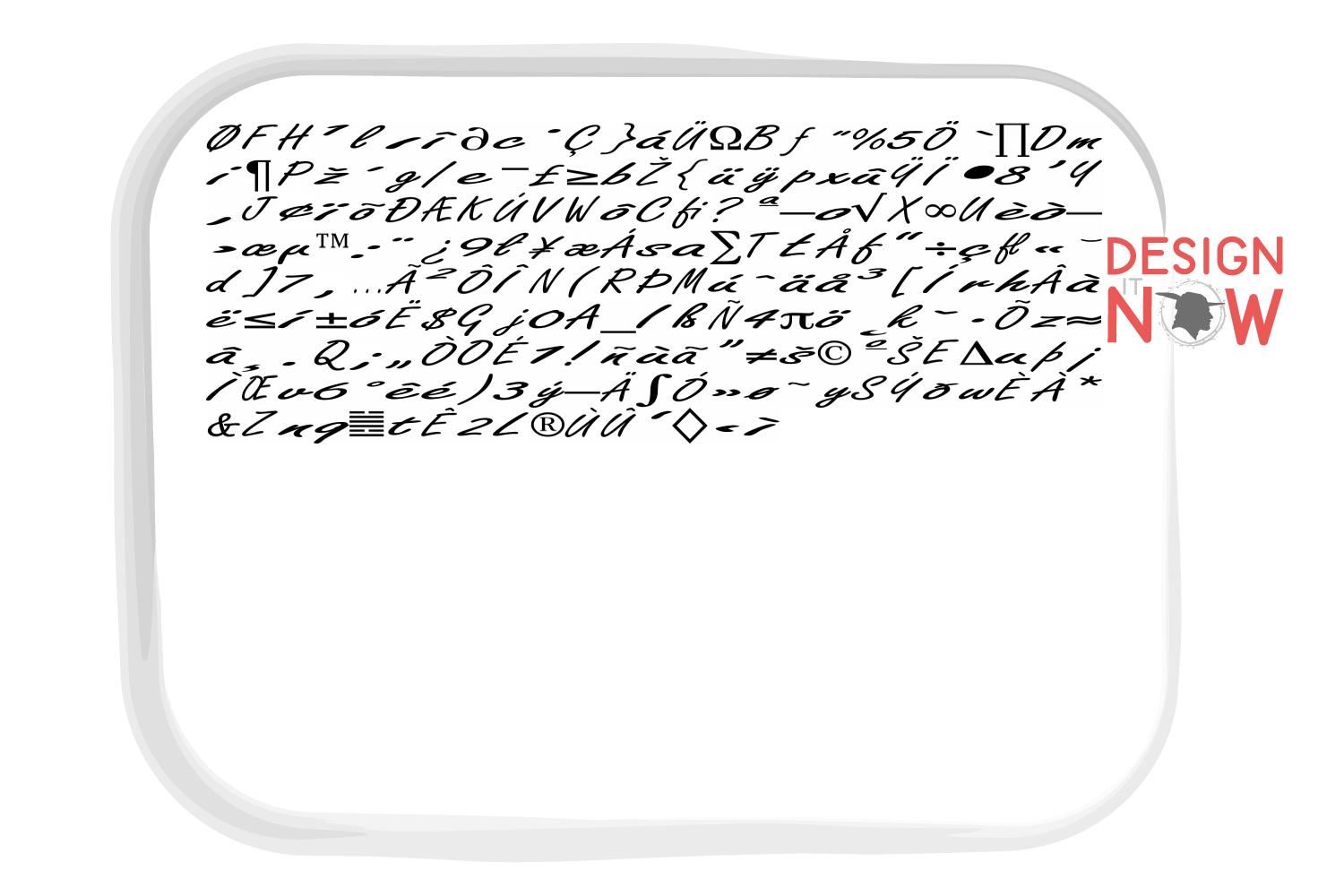 Product number: C00513
Product information "Italic Style Typeface Alma "
Italics (italic printing) or italicized text (from the Middle Latin cursivus 'flowing, common', formed into Latin cursare 'to run on and on', which in turn was formed into Latin currere 'to hurry, to run') is a typeface designation in typography for typesetting in which the characters are slanted in the direction of writing. It is used primarily to emphasize text passages.